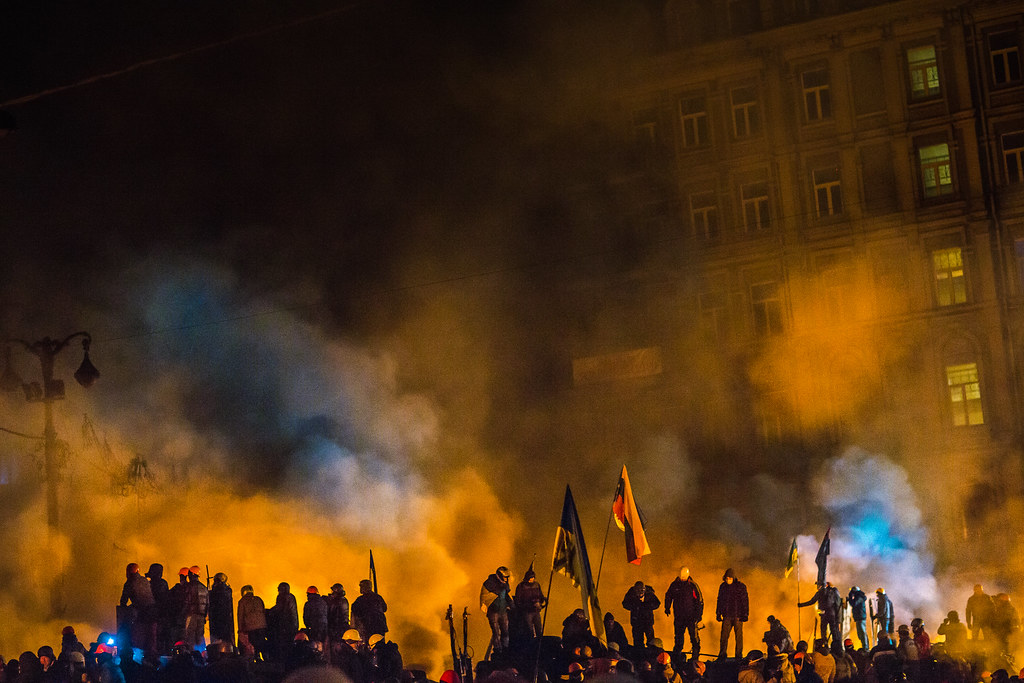 A Pattern of World History Told in Sixteen Parts1

I. The Old Kingdom
In which a nation at peace fails to see the challenges confronting it.

We were happy in our hypocrisy,
buildingtops rose
to mouthingtops praising
the gifted ones who sat
so high inside.

There were things the kingdom
accepted. So many black people

Illegal immigrants could stay
if tomatoes were picked and bed sheets changed
by that last light of dusk that fades
into a neutral odor.DRedacted: Ongoing Investigation

A Christian
nation, so

many cars
and garages
and homeless on the streets.

The drugs came on
like supermodels moving unexpectedly close
at office parties. Music stretched
faces into podiums. Prophets issued
warnings, but who
could listen to so many?

We were so happy when we
were not happy. The coastline
ended our dreams
on a golf course
somewhere in California.

IX. Movement
In which a new movement continues to grow, declaring war on any groups or ideologies not flocking to its banner.

Tom’s hangover felt as if
his consciousness was on hands
and knees slowly squeezing through
a narrow neuron passing pink
synapses in the dark.

He’d been drinking for days,
and when he woke up that morning
he fried some bacon and opened a can of Rainier.

His phone buzzed on the counter
and anxiety fluttered purple leaves
across his hangover. It was a text from Steve.
You coming down today?

To what?
The rally, buddy. This is gonna be incredible.
Rally?
The one I told you about last night.
Oh, I don’t know.

Come on, I’m already down here
waiting in line. I’ll save a spot for you.

Two hours later, they are inside the auditorium.
Signs are being waved, screams
ring out as if it is
the signs screaming, out of control
and dancing in the air; the audience
pulling them down, attempting to calm them.

Tom says, “I don’t know, man.
I don’t really like this guy. He doesn’t seem
like a Christian.” Tom had been a deacon

before the affair with his dentist. “Calm down,
it’s gonna be great,” Steve says.

Moments later the candidate walks out,
“lots of people coming here.
And they’re not good people,
I can tell you that. If they were
good people, why would they want
to come here. Not that this
isn’t a nice place, but…”

He enunciates waves that pour through
the audience. He pulls the waves back
into himself, makes fun of an opponent,
flapping his arms wildly about. All movements

are absorbed into his movement, as if
his arms are antennas and he is just
the box that can play whatever you want.

Tom sits mesmerized, his hangover
has been lost somewhere under the seats
of this auditorium. A ragged scream
crawls up the mountain slope
of his loneliness. Tom can’t see anything.

XII. Single Authoritarian Emerges
In which a new dynasty reveals itself to be authoritarian in nature, with a government created in the image of one woman or man.

It started with
a kindness.

DjfRedacted: Personal Privacy was lying down
on the concrete
entrance to the school,

red and black flag waving
above him,
unashamed to show its pain.

The sky seemed so much closer
from the ground,

the view like looking into his
mother’s eyes and watching
evaporated thoughts
drift in from New Guinea.

Pushed down,
he didn’t want to get back up.

The ground accepted him,
to his right trees conversed
with dirt and shoes interrupted
stones about to make a point.

After he had lain there
for a long time
another boy stood over him,
face covered in burn scars.

“Okay, well…dude,
you pissed your pants.”

They went to the locker room
DjRedacted: Personal Privacyjjdslfkjd
kdfjdklfjdlfjdlkfjdsklfdfdsfjdlkfj
and when they emerged
the bullies were waiting.

“What is wrong with you, kid?
Your dad wipe his ass with your face?”
“Hey Squeabs, is this your new pal?”
“Are you faggots in love or what?”

DRedacted: Personal Privacy looked at all of them,
but instead saw
myths burning aluminum faces. He said,

“hey Myers, I guess your mom
didn’t pack your lunch today.
What kind of a loser slits her wrists?”

The bully who had pushed him down
began to cry, then punched him.

It was this memory the emperor
contemplated before walking onstage
to shake his fist and address the crowd.

XIV. Shifting Control of Government Powers
In which all political power is seized by an authoritarian and any independent agency is either subsumed or dismantled.

reading the history books in which
names caught fire,
releasing extravagant plumes of
dates and courage.

Finally, she’d made it
but now there was nothing to see.

The capitol building was mostly abandoned
except for a few vagrants
who slept there in the afternoons. There were
cracks forming on the steps

that looked like the edges
of an old parchment. Many of the windows

were broken, shards oddly cheering
the place with light.
The front lawn was a drunken father
chastised by the sun.

You could still walk
around inside (there was no one

to stop you) but the smell of the vagrants
was rancid and the marble
pillars looked like heads of state bleeding
on newspapers in the corners.

The Supreme Court
was still functioning, but surrounded

by a black fence. Tanks and soldiers
on the perimeter;
dogs with gravestone faces erupting earth
if one got too close.

And then there was
the emperor’s mansion, newly renovated

and completely gold. A freakishly tall
statue of the emperor
smirked from the front gate. You could take
a tour if you wanted to,

they might even put
you on TV. But April wanted to visit

the museums that had been shuttered,
see the art and artifacts
sold to the Russians. After a day, she
decided to fly back home.

1This is a redacted version. Some redactions were made due to an ongoing investigation of the events described; we believe a disclosure of certain details could impede these investigations. Other redactions were made to protect the personal privacy of certain parties mentioned in the original poem. Finally, we made redactions when the disclosure of an investigative technique could impact our ability to gain data in the future. The Imperial Justice Administration is releasing this document internally as both an educational tool and an attempt to gain information about its author. It is not to be shared.