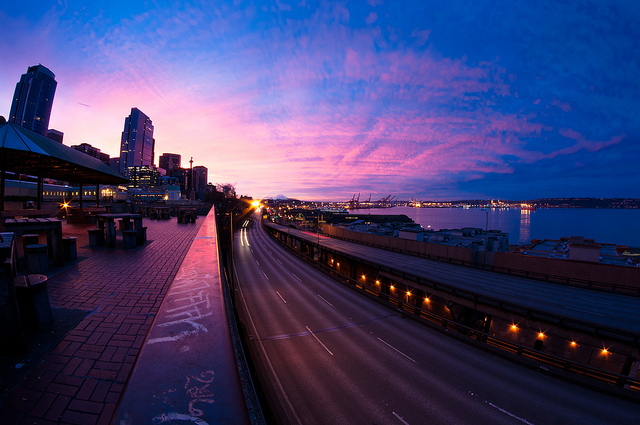 Good day, all, and welcome to the Seattle Star!

There are a few things you should know about us as we begin the process of rolling out our site, the first being: We are still under construction. Think of what you’re seeing as a soft opening for a restaurant. Yes, we’re open for business, but not everything is as it should be for it to feel whole.

There are many changes coming — the way the site will look, the way the features will operate, and the way all of it will become available to you, the reader — in the days and weeks ahead. The first of these changes will come by week’s end. Our publisher, Omar Willey (whose shadow empire is vast and unknowable), has plenty of mad schemes in the devising, and will unleash them without warning, although perhaps he will divulge more when his first post arrives. We will do our best to keep you alerted, otherwise.

Taking a look around at what is available on the site, you’ll note that it is currently favoring not Arts coverage, but Arts, pure and simple. Scroll around a bit and you’ll find work created by some of Seattle’s noted artists; a photo gallery by Robin Merigan; a play by Kelleen Conway Blanchard; a short film by Salise Hughes; poetry by Garrison Kammer…This adheres to our belief that Seattle’s Arts scene is profoundly under-celebrated by our community; an oversight we’d like to correct by bringing that work directly to you on your screen, instead of merely encouraging you to witness it.

More will be coming along these lines, including but not limited to digital film, podcasts, original radio drama recordings created specifically for Seattle Star readers, long-form fiction, music — all of it originating from our fair city.

We intend to complement this lofty ideal with the sort of reportage and commentary that garnered attention for our team of writers elsewhere: We have Dikla Tuchman on the Beer and Lifestyle beat, Heather Logue on Lit, this current venture is being led by two of the former site’s Theater team (and John Allis came along with us), so you know that will continue to be represented. The cherry on this particular sundae: Everett Rummage, who, among other things, is working on an SPD story that will be something to behold.

To this stunning array, we are adding a Fashion writer (Tina Witherspoon, of Glam Spoon renown) and a Comedy writer (Kelly Dermody), two distinct voices discussing some oft-maligned or -ignored aspects of Seattle. And if you guessed that we’re not planning on stopping here, you’d be correct. There are several more writers we are currently pursuing; more on them once they’ve been confirmed.

If you look to the upper right corner of our current home page, you’ll note we have an archive of material written by our staffers from our former site, which will be operational in the days ahead. This is to help you familiarize yourselves with who we are, how we write and what we talk about. We even have a Flickr pool up and running; if you’re interested in contributing to our pool, simply send a request and we’ll get the ball rolling.

What else, what else? A page dedicated solely to your comments, exclusive streaming content, comics (yes, comics), and who knows what else — we’re excited, if you can’t tell. Part of the appeal of this entire endeavor is the open-ended potential to what we could bring to you, the discerning Seattle reader, given the resources at our disposal.

So, pardon the sawdust and the plaster dust as things get settled around here. “Like” us on Facebook, subscribe to our Twitter feed, do that thing you do on Google+. Take a look at what we’ve got, and then come back for more. We promise not to patronize you. We promise not to condescend.

Most importantly, we promise not to bore you.