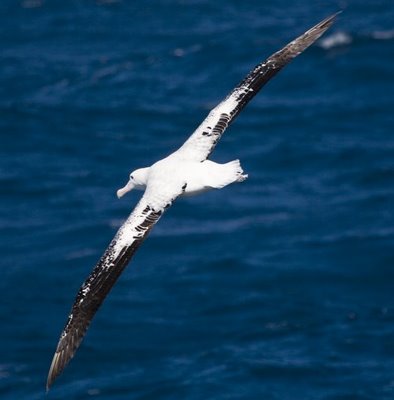 Last week, I took a break from my regularly scheduled journal to interview the folks behind Drunken Telegraph, a storytelling show about “first times” in Tacoma. I’m back this week with more preparation, more rehearsal, and more process.

The story’s leaner and cleaner, if not meaner.

After writing five drafts and working through issues of structure, I’ve got my first headstand story pared down to several bullet events, made into bullet points, plus the “takeaway,” or the insight and conclusion. I’ve got my first line, and I like it: ‘Last year, I discovered how NOT to take yoga classes: like a straight-A student.”

I send this draft to my producers, and begin to practice this version while I jog. I got this idea from Haruki Murakami’s memoir, When I Talk About When I Talk About Running. Murakami says that he uses his runs to practice his speeches. It’s a good technique to use because it makes me remember the story without any notes. I am also less self-conscious talking to myself when I run, instead of talking to myself in a coffee shop.

Murakami and I share Japanese last names (fun random fact: the “mura” in both means “village”), but the parallels don’t go very far. Murakami mostly writes novels, I mostly write creative nonfiction. (Not to mention that Murakami’s one of the greatest living novelists, as far as I’m concerned.) Murakami runs marathons regularly, whereas I am running far, far, far less–but hey, my speech is also much shorter.
*****

My producer (Megan) and I decide to meet again, to go over this latest version. She explains that tone means a great deal in storytelling, and so it’s hard to critique a version in writing. True to form, I panic a bit, but true to my straight-A student nature, I’m determined to learn. I remind myself that this is a skill I want to acquire. So we’re back at the coffee shop. Lots of windows, lots of light. She takes out her tape machine again, and checks the levels.

Before I begin to tape the story Megan asks, gently, if I’d be willing to share more of the context of the story.  The beginning works as a catchy first line, but it can also be polarizing. (I know. Not many people will find straight-A students compelling or appealing protagonists. One of the many reasons Rushmore‘s so awesome.) But losing one’s job — that’s something that a lot people can relate to. And it’s something that will actually draw the audience in and help them to braid their own experiences with mine as they listen. This act of braiding is an essential ingredient of oral storytelling. So the opening line can stay the same, but the order of events will need to change.

During this runthrough, Megan stops me at several points to ask a question, to ask me to move farther into the small analysis of each event.  I start to see what she means by “earning the insight,” or what it means to lead up to the takeaway at the end of the story. Earning the insight means that you have lightly planted the seeds or elements of your takeaway through the story all along. It’s something like what we ask for in a good memoir — the through line, the development of the speaking self. By the time we get to that takeaway, it should feel like the natural landing point: the place where the gymnast plants herself, and freezes, after her leap off the balance beam.
*****

After the workshop, Megan sends me home, generously, with more feedback that she records onto the tape machine. Now I have an audio recording of myself, plus her comments. As a former writing teacher, I appreciate how much time and effort she’s investing in the development of this story. My blog’s about creating my own private MFA, without a given set of teachers, and I feel incredibly lucky to have a teacher come along with attentive and detailed feedback.

Later, as I revise, I can see even more of what Megan means. And I’m slightly worried, but not because I need to change the order that I’ve been practicing. I’m worried because now I have to talk more about the stakes of the story that I’ve been dancing around for quite a while now. I have to talk briefly about losing my job.

I’d originally planned the job-loss context as an interlude, a plot twist just before the final event and headstand attempt. I’ve been reading several plot-driven popular novels lately (hello, Hunger Games), to remind myself of how and why they work. This plot twist would work in writing, Megan explains. The eye works so quickly to resolve what might not make sense at first. But for a listener’s ear, all the material about the job loss would function more effectively in the beginning. It will draw people in, and establish the stakes of the story–which is, as I’ve known, not really just a physical journey, but a mental one as well.

Honestly, I’d almost rather talk about the headstand as a story about body image and its limitations. To talk about my job loss publicly will be one of the hardest things to do. The straight-A student mentality that I describe in my opening line is one of the truest and most challenging things that I know about myself. Failure is not an option for us straight-A students. We might not know who we are or what we can achieve when the stellar letter grades are taken away.

So the idea of talking about failure, and especially opening with failure, makes me take a deep breath. If anything’s going to make me nervous that night—a night in a coffee shop, in my hometown, good friends and family in the audience–that will be it. And yet by writing the headstand story, and meta-writing about that process here, I’ve come to believe that it is (as Megan says) “a story that’s asking to be told.” When I pitched the story to Megan and Tad, the show’s co-producers, I didn’t really know why I wanted to tell the story. I didn’t know what the stakes of the story were, what the shape of events would look like, or even how it would end.

Telling the story of my failure might be my Ancient Mariner albatross: the story that’s been weighing me down, the story that’s hanging uselessly around my neck. Once I tell it, I want my life to feel lighter. And more free.