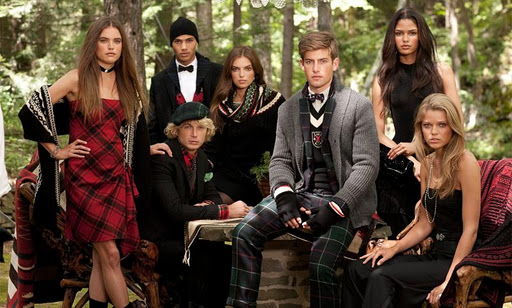 [/media-credit]Don’t get mad at Ralph Lipschitz.

In 1967 he changed his last name to Lauren and launched a collection of men’s ties under the label Polo Ralph Lauren. Over four decades later, his brand has grown into the quintessential upscale American lifestyle company selling high-end clothing, accessories, footwear, fragrances, home and housewares, and I’ve got ten bucks that says he’s been manufacturing his American Dream in China all these years.

When the news hit last week that the 2012 US Olympic Team’s uniforms were made in China, Ralph woke up with some egg on his face. Honestly, I don’t expect a 73 year old billionaire to have his finger on the pulse of the 99% of America that was outraged by this news.  It is likely he is not even aware of the country’s unemployment rate or the decline of the US manufacturing and textile industry. But what I simply can’t believe is that a fashion forward lifestyle brand that repeatedly markets to the next generation wouldn’t have one savvy intern on the team that could have anticipated the golden opportunity that slipped through Lauren’s fingers.

When he won the job of designing and producing the 2012 US Olympic uniforms, Ralph Lauren could have calculatedly issued a press release stating that in support of our athletes and the nation’s job market, he was going to find a US factory and have the team’s uniforms made locally, even if it meant a slim profit margin. Had he done this, he would be a hero right now, rather than a joke.

A quick glance at the home page clearly indicates the company’s pride in being the official outfitter of the Olympic Team, and I believe them. They just made a mistake.

The part that really gets me is that America has been buying up his clothes for 40 years without even ASKING where the garments are produced. Why does it take a nationwide incident to get the general public thinking about where stuff is made?

When the designer finally did issue a response to the angry throngs, it fell a little flat. No culpability, no remorse, but a promise to get it right next time.

Well, more like a promise to talk about the issue of maybe producing locally when creating the 2014 uniforms, but only if everything works out nicely.