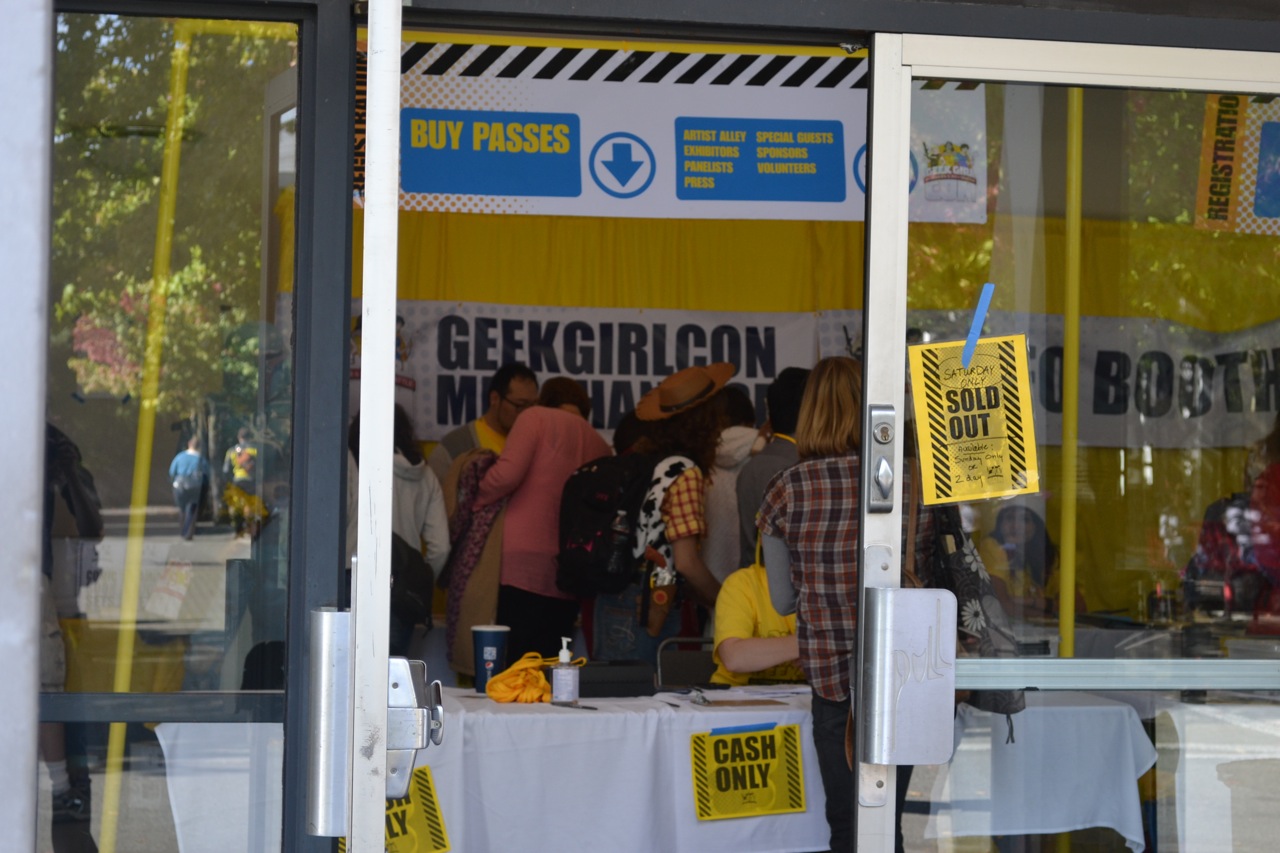 [/media-credit]Let’s face it: Summer time in Seattle is hectic, especially if you are a geek. And I’m talking about any sort of geek. Between conventions and festivals, it’s weekend after weekend of colorful wrist badges and name tags.

Make no mistake, the fact that Seattle is overrun by geekdom is in no way a bad thing. But the need for a geeky, female-centric convention occurred to a few very active geek feminists not so long ago, and lo and behold, last year, GeekGirlCon was born. A convention where thousands gather to admire all of female geekhood, offering a place for people to celebrate and honor the contributions of women to science, technology, comics, arts, literature, game play and game design.

That’s right, folks. This weekend, August 11-12, marks the 2nd Annual GeekGirlCon. Last year’s convention saw thousands of attendees and completely sold out. This year’s convention will be slightly larger (they expect to have around 3,700 attendees) and will be held at the Convention Center in Downtown Seattle.

“We are incredibly excited to open the doors for GeekGirlCon ‘12,” said Erica McGillivray, GeekGirlCon president. “We hope our second convention provides attendees with a safe, welcoming, and fun way to celebrate who they are, and what they love. We have aimed to create a convention that offers something for anyone, whether you love Star Wars, science, technology, comics, or anything else.”

Saturday and Sunday programming will feature panel discussions and interactive sessions ranging from topics as diverse as science and technology, geeky careers, the treatment and portrayal of women in geek culture, “fandom” and pop culture, as well as hands-on workshops featuring crafting and making robots, comic books and video games

This year’s convention will also offer a number of special events, starting with a free outdoor screening of The Wizard of Oz on Friday, Aug. 10. Saturday will feature a costume masquerade (very popular last year, and I believe you need tickets to attend, which sell out extremely quickly), nerdy comedy improv, a sing-along to the Buffy the Vampire Slayer musical episode “Once More, with Feeling,” and a GeekGirlCONcert. The closing celebration on Sunday will include a screening of Wonder Women! The Untold Story of American Superheroines.

There is a ton of new programming for this year’s convention, so I encourage you to check out the schedule on the GeekGirlCon website and see all of the special events that are planned other than the ones mentioned above.

Today (Thursday, August 9) is the last day you can purchase your tickets online at Brown Paper Tickets, and as I mentioned before, last year passes sold out at the door. So if you haven’t yet, you may want to get your one- or two-day pass now.

Hope to see you there, fellow trekkies and Whedonistas!