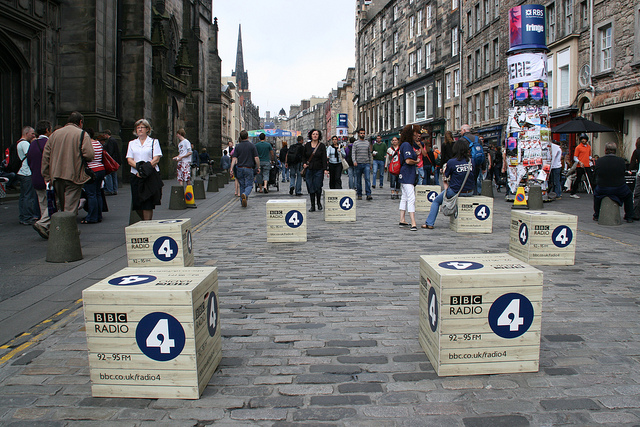 It is easy to condescend toward awards ceremonies, or even to consider them beneath condescension. Often I have shared that same opinion toward various ceremonies, and with most of them I still do. Such ceremonies are usually nothing more than mutual backpatting and a public advertisement for the medium.

In truth, however, audio drama could use a bit of public advertisement in this country. If I were based in the UK or Europe or Africa, I might feel differently, but being an American makes me particularly sensitive to the chaos of modern audio drama. In organizing this chaos, the BBC is far from a help in general, but at least their nominations for audio drama serve a bit of that function–or, rather, they should. Whether or not they actually do remains to be seen.

I wrote about the BBC Audio Drama Awards last year but without much criticism. This year’s shortlist makes me a bit more critical. Two of the awards for Best Audio Drama are adaptations from other sources. Considering that there is already a category for best play adapted from another source, this suggests there was a paucity of original material written last year–a patently false suggestion. More subtly, it suggests that the BBC values original dramas written for radio less than it did in the past, and that particular suggestion would probably surprise no one familiar with their recent turns in that area.

This year’s list is not filled with outstanding long-time favorites. No David Tennant. No Katie Hims. No Terence Rattigan. No Brian Sibley. The first award ceremony in many ways had the air of a Lifetime Achievement ceremony in certain categories. It was an evening very much of looking backward. This year is very much about looking at the present. Perhaps they shall get to the future in another year.

The BBC have also eliminated the Innovation Award–a fact which tickles my sense of irony. They have made progress, however, in separating the Best Supporting Actor category into Actor and Actress.

Tempting though it is, I will refrain from commenting on individual nominations. It is always easy to quibble with selections based on whatever individual preferences one has. (What? No Jessica Dromgoole productions?) Instead I will simply provide the list and the reader can make up her own mind.

There it is. If you have not heard any of them…perhaps you should. The BBC will love you for it.

The winners will be announced at a ceremony to be held on Sunday 27 January 2013 in the Radio Theatre at BBC Broadcasting House in central London.