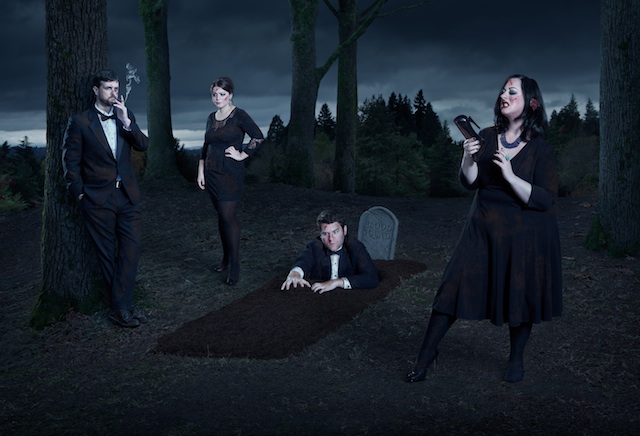 The early editions of the Seattle Festival of Improv Theater featured interesting acts, mostly local, with occassionally an oddity from Alaska or similarly exotic locale, such as Tukwila. Improvisers from around the area pooled their resources to make it all happen: Seattle GOGA, the Neutrino Project and Unexpected Productions chipped in regularly, and others irregularly without the benefit of cascara bark tea and such niceties.

The festival produced some magic evenings (I had a surreal experience watching Johnny Lunchpail) but more importantly it showed an explicitly educational mission. True to Jet City Improv’s core values, the festival offered regular workshops. Actors in the improv community with a real friendliness that struck me as completely genuine and in their dust up sessions a real competitiveness that struck me as even more genuine. Workshops clearly led the billing and it could be tacitly accepted that this was a festival at least as much for improvisers as for their two dozen fans or so scattered around town.

Around the seventh year or so, the festival became solidly what it remains today: one of the premier improv events in the Northwest, and the country. The Festival has grown measurably. No longer two days, it spreads over five days. No longer in one location, it reaches three. Local groups still comprise the bulk of the schedule, but this year’s schedule features The Five Deadly Improvisers (for Shaw Brothers fans like me) from San Francisco, The Amie and Kristen Show from Philadelphia, Confidence Men from Austin and Twinprov from Oklahoma City who somehow forgot to bring back our Sonics with them. Pimprov, Bearded Men and Bootsy Collins also decided to pay a visit from out of town this year, leaving Seattleites to contemplate how best to use them to lower property values around town.

According to the press release, the 11th Annual Seattle Festival of Improv Theater features twenty-two groups from across North America and one from Hobbiton. Local proles like Super Mega Art Show, Blood Squad, The Temporary People and Cat Pack will appear alongside nationally and internationally renowned groups and carry their luggage.

One can hardly resist the urge to quote executive director Andrew McMasters who, when asked about the festival said “Huh??”

At any rate, it’s supposed to be funny. Dartanion London assures me that he is actually hilarious and I have no reason to doubt him, even when I am not laughing. On the positive side, I always love seeing Carskee and I hope that once they lift the restraining order the feeling will be mutual once again. And there is a performance of Austen Translation that I have successfully avoided but should probably see, too. In fact, there is a whole schedule of events. I think this is what makes it a festival.

“The name of the game is quality and variety, and we keep uncovering more of each,” said Andrew McMasters, the executive director of the festival. “Improv is growing and finding brand new ways to make people laugh. We’ve worked very hard to pick the best groups in the country to show off what improv can do; and love showing off our local talent to groups from the rest of the country so they can see why Seattle is one of the top improv cities in the country.”

That was not a paid quote, but it will do. For the rest, you are on your own.