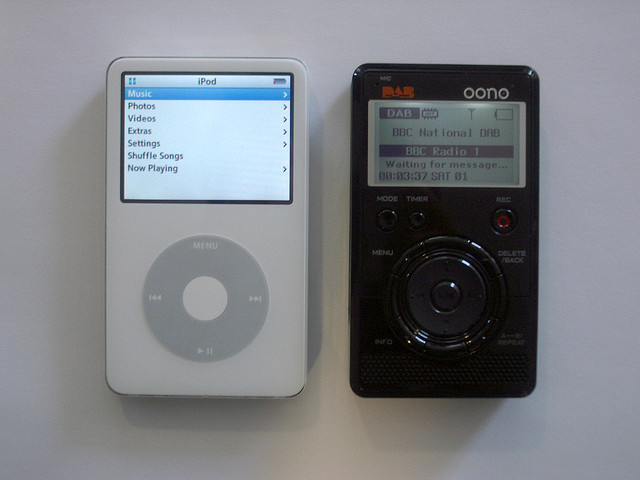 It is hard enough to convince many people that any art has value in our current society beyond mere decoration or empty time-wasting. It is that much harder to convince anyone that something as obscure as audio drama is even an art and that it has value. Only a madman would attempt such a heresy.

Nevertheless, here I am, arguing exactly that.

I believe completely in the medium. I write about it often. I talk about it even more often. I read about it almost daily. Yet every time I broach the subject, I find myself wondering: Just who is the audience? What do I know about them? The answer is that while I know audio drama rather well, I know very little about the people who listen to it. I know even less about the people who do not. As I believe audio drama needs to question its fundamental assumptions about virtually everything, I should also question my own.

These are the things I assume when discussing audio drama.

1) The person for whom I write or to whom I am speaking, the “audience,” is highly unlikely to know much about audio drama. Virtually everyone is a beginner.

Implication: Everything needs to be stated simply. Writing is always on the introductory level.

2) That portion of the audience that does know something about radio drama knows it almost exclusively as nostalgia. One cannot talk with them about audio drama without immediately invoking the dreaded “OTR” spectre and all its attendant tropes. Radio for them means something very specific and very, very narrow. That nostalgia is powerful; any attempt to prove the medium is a living entity and not an archeological curio has to compete with deep prejudice, not unlike that with which comic books struggle. And, like the problems of comic books, this problem seems to exist only in English speaking countries.

Implication: History is strong. It is also discrete and highly individualized. A comprehensive history of the medium as a living entity and not as an archeological relic is necessary to expand the audience’s sense of the medium. Such a history needs to be comparative and reach beyond English language drama.

3) The current audience for audio drama in English consists largely of a) “old people” (between 52 and 55, if one believes Mark Damazer of the Radio Academy) and b) other people who make audio drama. These people, for different reasons, are rarely friendly to new forms and new contents. Their expectations tend to be rigid. Old people are allegedly set in their ways. Radio drama producers, too, are set in theirs, because most of them produce work within well-worn genres and these genres tend not to accept much innovation almost by definition.

Implication: Youth is poorly served, as usual among performing arts. So is the listener who has no particular interest in genre fiction. Listeners have to choose between weak “straight” fiction that is diluted to avoid offense, and genre fiction that is calculated to reaffirm the culture’s already interminable emphasis on escapism.

4) One generally receives few chances to impress a lay listener with something that defies their expectations and opens them up to the true richness of the form. In other fields–theater, cinema, literature–there is a tradition of having helpful critics to make sense of the field for an interested novice. Radio has, in the United States, no such tradition; in the UK, the tradition exists but it is spotty at best.

Implication: Listeners need a “guide for the perplexed” that introduces them to representative works in the field. Radio scholarship has fallen down badly on this score. While there are a couple of websites that review audio productions, the most notable being Laurence Raw’s Radio Drama Reviews Online, and there are a couple of podcasts that serve as fine anthologies of what is happening, notably The Sonic Society and Radio Drama Revival, there are no books to my knowledge in the past thirty years, and the websites themselves are far from sufficient.

I suppose mulling over those assumptions, I find myself having to combine roles. To reverse the trend of blithe ignorance about radio drama means to be not only a teacher but also a preacher. In that light, the main enemy of the teacher is willful ignorance. The main enemy of the preacher is naked prejudice.

I love radio drama. I love it not only for what it has been and what it is, but also for what it still is yet to become. But I am a minority. And it is always the duty of the minority in such cases to argue his case, to proselytize, to expound. To teach and to preach. That is the purpose of this column.

Right now few people consider it worth their time in any intellectual or entertainment sense to bother with radio drama. Esteemed radio drama scholar Tim Crook is obviously right to note that “the general academic and cultural perception of radio is that of a retired vaudeville artist dressed in the fashion of bygone years and boring a diminishing audience with anecdotes from a golden age of Bakelite and Woodbines.” Yet radio drama is far from dead. It lives, in some senses, a broader life than it ever did in the past. Where once upon a time radio was a unique temporal event, now it has become as Eryl Price-Davies once put it, “an audio-on-demand service.” The weakness of such a service is not that the audio is lacking but that it requires demand, and the people who might demand such audio have no idea how to connect with it.

One can view this as a problem or as an opportunity. I tend to view it as an opportunity. Unlike most critics who feel compelled to write a defense of their neglected art, I take the view that radio drama is inherently important. Just because millions do not understand this yet does not make it less true, only less popular. And I am well-suite to write about it here and now. Writing about theater or dance, I am simply another yahoo in a tradition that reduces me to a mere Consumer Reports article. Writing about radio, I have no real competition. I have no real template, therefore no “right way” of talking about the medium I love. The field is as wide open for me as it is for audio dramatists themselves. As long as I continue to examine and re-examine my fundamental assumptions, I have no doubt that I can help provide in radio drama what is so sorely lacking: history, scholarship, eclecticism, and a bit of the pulpit as well. Every article is a risk. But each risk is a way forward. I only hope there are producers of audio drama who feel the same.