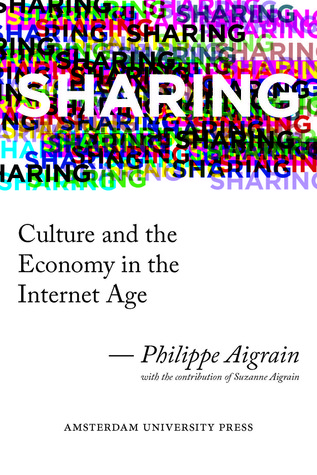 One of the questions that constantly faces me at The Seattle Star is economic. Specifically, how does a contemporary online journal reward its contributors? In a colloborative venture such as this, one needs to be able to assess importance and quality of material quickly. With regard to news, reliability is also a major issue. Investigative journalism must also be reliable but more importantly it must be thorough. All these things take time and money, not only to get through the daily grind, but also to build and maintain the requisite level of knowledge, skill, associations and audiences.

In traditional journalism, such money has come from advertisers. If the purpose of the fifth estate is to serve the people, this model cannot hold. Eventually it corrupts journalism’s purpose. Journalists become dependent upon advertisers and so the news begins to put the concerns of advertisers above those of the people. Our own forebear at The Seattle Star, E.W. Scripps, believed

A newspaper fairly and honestly conducted in the interests of the great masses of the public must at all times antagonize the selfish interests of that very class which furnishes the larger part of a newspaper’s income. It must occasionally so antagonize this class as to cause it not only to cease patronage, to a greater or lesser extent, but to make actually offensive warfare against the newspaper. In order to maintain a newspaper’s entire independence, it is necessary that the newspaper shall be so conducted that its revenue from the advertising class will be the smallest possible that the class can afford to get on with.

I would go even further. I would submit that a truly independent newssource should reduce such advertising revenue to zero. In the absence of advertisement, one must devise a new plan. The answer seems obvious: to serve the people and not the advertisers, a journal should move its fundraising from the advertisers back to the people. In this sense, the struggle of the contemporary news is related to the struggle of musicians, filmmakers, writers, and photographers in the digital era.

That struggle is a move away from an economy based on centralized control in the form of publishers and studios toward something more open. The Internet allows nearly endless opportunities to share such work openly through peer-to-peer file sharing, through which artists of all stripes can make their own careers without the rococo system of traditional publishing and, presumably, make a living in the process.

The question facing artists is the same as the one facing journalists: How? Philippe Aigrain’s book, Sharing: Culture and Economy in the Internet Age proposes one way to help.

Sharing looks at file sharing, something often accused of “stealing” money from artists, as a way to finance the production of artistic works. Mr. Aigrain’s concern with the war on sharing is that, in its attempt to “protect” creative artists, a dual digital society develops, “where law-abiding consumers are passive, while creative ‘prosumers’ lose respect for laws that they view as serving specific private interests.” Given the current enforcement of copyright and patent laws in the United States today, it is difficult to argue that this dual society has not already developed.

Mr. Aigrain believes that file sharing is not simply a technology, but a social right. Any war against sharing is a war against individual liberty; the only difference is the scale of the war. Non-commercial file sharing, in his opinion, not only ought to be beyond legal reproach, but also it ought to be considered an opportunity for a financial model that allows works to be shared freely by individuals and rewards the creators whose work is shared.

The Creative Contribution is not exclusive. Its design aims to co-exist with commercial systems of sharing such as iTunes as well as various other types of intermediate funding sources: Flattr, Kickstarter, Yooook etc. It does not replace them, it augments them. Ideally all these sources work together to create a more flexible and just ecology for creative work in the digital domain.

The book is quite dense. Some have referred to it as an academic paper. It is more readable than that, but one can hardly deny that the copious notes that accompany the text (and its three separate appendices) will require a reader’s patience and attention. Mr. Aigrain’s insistence on mathematical formulas and empirical data to circumscribe ideas of fairness and social justice make the book more difficult to a lay reader, but it is not mere junk science. This is a well-argued case for file sharing not only as a social right but also as a social tool, one that may reward creative activities within society.

Sharing starts from the premise that non-market sharing of digital works is both legitimate and useful. It supports this premise with empirical research, demonstrating that non-market sharing leads to more diversity in the attention given to various works. Instead of only the top 5% of artists reaping 80-90% of all rewards, the Creative Contribution that Mr. Aigrain details here flattens out the curve. Not only are more people are rewarded fairly for their work, but also more works are shared more widely, creating a “diversity of attention,” in which more ideas and cultural goods circulate. The social benefit is obvious: even unpopular ideas, or possibly popular ideas that do not have a huge corporation behind them, have a chance in the marketplace. Rewarding these works gives their creators more incentive and more time to produce even more works–which, after all, was the basis of American copyright law before it was hijacked by Sonny Bono and his lobbyist friends.

I’ve lived with the book for a couple months now. The proposal is sound. The math is easy enough–though I am an amateur mathematician, so not everyone will share that opinion. The acknowledgement that sharing is not merely a financial matter but an individual and social right accords with my own beliefs. The Creative Contribution is fundamentally fair: Mr. Aigrain devotes an entire chapter to considering the criticisms of both supporters and detractors.

I do wonder, however, exactly what it would take to bring such a contribution into existence. While I am a huge supporter of the idea of a public commons, I am not an optimist about current social conditions. The so-called war on piracy–which is largely a war against personal liberty in favor of strongly centralized corporate interests–is a bit like the war in Afghanistan. It’s old and stupid, but rather than admitting defeat (or accepting reality, if you prefer), the powers that be simply redouble their efforts. With the massive amount of monies that trade hands as an exploitation of the system, the people growing wealthy off it have no interest in things being otherwise, whatever collateral damage happens in return. This shows no signs of changing anytime soon and I highly doubt it will.

Nevertheless, I see the value of Mr. Aigrain’s work. He is an extraordinary thinker. That his ideas are not more popular may well be because they have not been shared widely enough. I would like to help fix that. So I have translated the book myself into a portable EPUB format for e-book readers, and released it here on the Seattle Star website for free under the same Creative Commons license as the original book.

If the ideas involved interest you, however, you should definitely visit the book’s website. There you can view all the datasets, see mathematical models at work, and even run your own projections to test your own ideas. The source code for both the figures in the book itself and the analysis of cost and distribution are also available there.

Original PDF and extended version of book, available from http://sharing-thebook.com