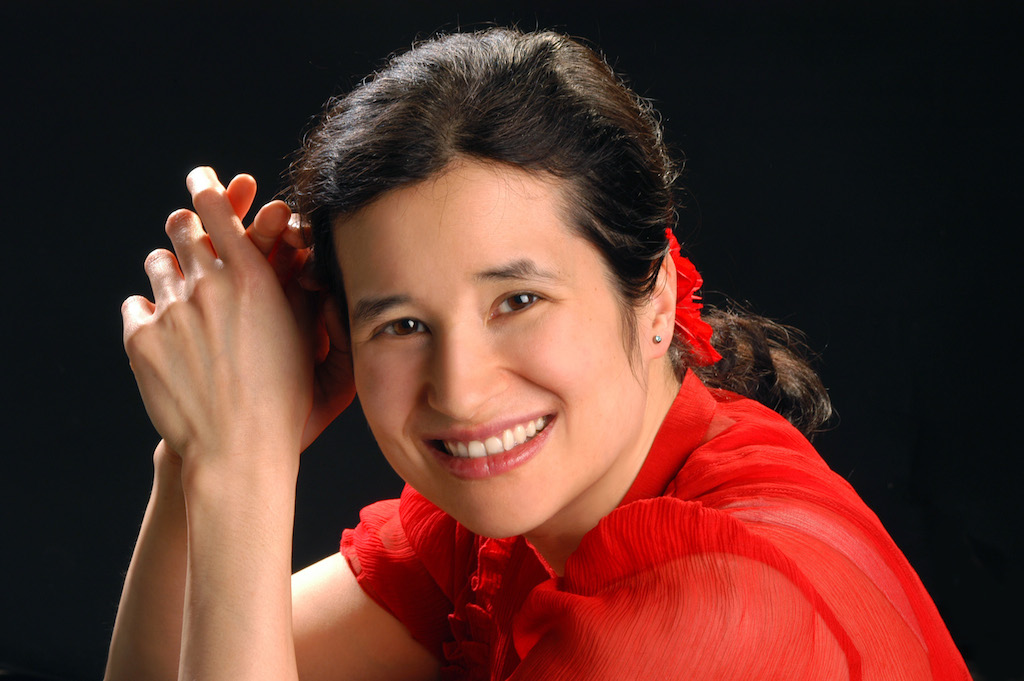 Robert Douglass is better known as a software engineer than as a musician. A longtime Drupal aficionado who has written the book on building online communities with CMS, Mr. Douglass is also the mind behind the Open Goldberg Variations project, designed to set Bach’s music free not only for audiences but also for musicians.

Now Mr. Douglass has embarked on an even more ambitious project: the Open Well-Tempered Clavier. At first it was simply another opportunity to release Bach’s classic work to the public domain. Then a blind musician who supported the project told him how difficult it was to obtain scores that she could read when she needed them, ultimately ending her aspiration to a professional career. From there, the project added a stretch goal to release potentially thousands of Braille scores for blind musicians.

One would expect such an exquisite social grace and demand for justice within the musical community from a man like Robert Douglass. With his wife and partner Kimiko Ishizaka, he has been on the Twelve Tones of Bach tour (also funded through Kickstarter) for the past year. I interviewed him before he went on stage at the final show of the tour, at University of South Carolina.

Seattle Star: You’ve just completed a twelve concert tour promoting your new project, the Open Well-Tempered Clavier. Where did you go, and what were the highlights?

Douglass: We planned twelve concerts during our Kickstarter campaign to represent the twelve tones of The Well-Tempered Clavier. We started in Bonn, Germany, at the Beethovenfest, and visited the Czech Republic, Austria, Belgium, and the USA along the way. In Vienna, Kimiko Ishizaka went to the Bösendorfer factory and chose the piano that she will use to make the studio recording. In Chicago, we participated in the grand opening of the Pianoforte Foundation’s new studios. In North Carolina we had a Salon performance from the Manifold Recording Studios.

Seattle Star: How much are the live performances themselves a part of the ethos behind the Open Well-Tempered Clavier project?

Douglass: During our twelve-concert tour we brought Bach’s music to as many people as possible in a very short time. Each concert was live-streamed (you can watch them all online). We did this because we believe that live music is vital to the understanding and enjoyment of classical music, and because our project is actually rather complicated and needs a bit of explanation before people have that “Aha!” moment when they realize how cool our goals are. The twelve concerts gave us many chances to stand up and talk about the project with people.

Seattle Star: Aaron Dunn of Musopen mentioned in your interview with him that one of his motivations for setting music free came from the idea that “art begets more art.” Releasing work into the public domain would thereby give other artists more material and inspiration to create work of their own. Do your own open projects share that same belief?

Douglass: Absolutely, we’re in complete agreement with Aaron on this point. People have done amazingly creative things with our first project, the Open Goldberg Variations, from movies, to visualizations of the music, to using the recording to teach about Buddhism — and that’s after just one year. These art works we’ve created are going to be around for as long as humans exchange music digitally, so there is much more creativity to be unleashed using the art we’ve made. We’re certain that the same thing will happen with the Open Well-Tempered Clavier, and we welcome people to use the music to create new art.

Seattle Star: On the subject of art new art, much of music now is clearly meant to be enjoyed as entertainment, a diversion from people’s workaday lives. Your work with the Open Well-Tempered Clavier, however, has a strong social dimension to it. Not just in the simplistic sense of “art is good for you” but a belief that music is important in ways the traditional entertainment model doesn’t explain. Can you elaborate on that idea?

Douglass: The role of music in Bach’s world went far beyond entertainment. It was used to explore and explain the deepest relations of human existence, including love, death, joy, and most importantly, the relationship to God. It was also inherently social; you couldn’t have music without musicians to play it, and you wouldn’t bother writing or playing it without an intent and receptive audience to hear it.

Since that time, we’ve become bombarded with music. You can’t really find a quiet place in public where there is no shopping mall, elevator, or sports bar music accosting you without your permission. You can’t watch movies or television without being exposed to the greatest musical works, re-appropriated as cinema devices or advertising.

The end effect is that many people never find out how deeply profound a work like The Well-Tempered Clavier really is. It’s maybe not immediately apparent on a thirty-second audition that an entire lifetime of emotional, intellectual, and spiritual challenge and nourishment lies within. By focusing on the work, the social element of the work, and by paying meticulous attention to quality, we hope to open people’s hearts and minds to the music of Bach in a way that might not have otherwise been possible.

Seattle Star: Your project claims to be making the music of Bach “more accessible.” What does this mean to you, and how are you doing that?

The music of J.S. Bach is one of the greatest treasures we have, and it belongs to all of us. We’re making three things that help guarantee that this music is easy to find, study, and use, without worrying about infringing on someone’s copyright. First we’re making a new studio recording of The Well-Tempered Clavier, a monumental and inspiring work. We’re also making a new digital score of the piece that is available as a MuseScore file. This is important because MuseScore files can be edited, arranged, transposed, and converted to other formats. Finally, we’re trying to provide this music in the form of a Braille score that can be read by blind musicians.

Douglass: Our goals of making music more accessible to blind musicians by radically increasing the number of Braille scores is still rather new to us. We hadn’t even realized that there was a dire need for this when the project began. It took one of our backers, Eunah Choi, to point out to us that blind musicians have access to less than 1% of the literature that sighted musicians can read and study, for us to see the need and decide to take action.

Robert Douglass on the importance of music scores for the blind.

Our current plan includes writing open source software to convert a known and standard digital music format, MusicXML, into a known and standard Braille format. We are software engineers, and we already work with MuseScore which is a program for writing music notation. We can create new software that converts the MuseScore scores into a Braille format that blind musicians can read. Plus, MuseScore.com has 50,000 scores already in MuseScore format, and these could also be converted to Braille. This would be a significant step forward for blind people wishing to study music. If we do this we can triple the number of scores available for blind musicians, and open up the pipeline for more to be created, more easily than ever before, thus going a long way to fundamentally solve the problem.

We haven’t been able to consider what other applications of our work might be useful. What we really need is further testimonials and experiences from blind and visually impaired musicians to understand what their world is like, and how we can contribute to improving it.

Seattle Star: Why types of things do you expect people will do with the recording and score, once you’ve made them?

Douglass: We learned from the Open Goldberg Variations project that people are very creative, and that when you give them something enabling, like a recording and a score that are free of copyright, they make amazing things. One obvious use is video: there are hundreds of YouTube videos, and several feature length films that use the Open Goldberg Variations for their music in some way. Education is a big benefit as well. The Wikipedia page for Bach’s Goldberg Variations now features the recording of Kimiko Ishizaka so that people learning about the Goldbergs for the first time can hear her fabulous studio recording of the piece.

Seattle Star: Mr. Dunn also talks about refocusing the record companies and “shifting the incentive,” so that more resources go to the discovery not of new performers performing the same old works, but to the commissioning of new works from new composers. As a performer yourself, how does the Open Well-Tempered Clavier shift your own incentive?

Douglass: The Open Well-Tempered Clavier project is all about shifting incentives, so it’s right that you ask! In the traditional recording industry, copyright gives record companies and artists incentive to invest in making recordings that they then try to sell to as many people as possible. If you take copyright out of the equation, that incentive goes away. In the model where the audience pre-funds the recording with Kickstarter, the incentive shifts to planning and describing your goals as well as possible so that people are motivated to help you achieve them. If everything goes well, you get to make the recording of your dreams, with full artistic control, and all the needed resources, and the audience gets an artwork — that they helped to enable — with no copyright restrictions limiting what they can do with it.

It’s easy to see that in the traditional model, the audience is treated as a customer, and every aspect of the process is optimized for selling as much as possible. In the copyright-free, Kickstarted model, the emphasis is on making the audience feel like a collaborator, an investor, and an enabler.

Seattle Star: Behind all of these attempts to “set music free” as the Musopen slogan goes, is the idea of a Commons. In that Commons is an idea about the value of public education. How do you find that the Open Goldberg project in the past, and the Open Well-Tempered Clavier now have added to the practice of an open-source music education?

Douglass: There’s an anecdotal story to tell that answers this question nicely. I discovered a wonderful website, Dave Conservatoire, “a free online music school, aiming to provide a world-class music education for everyone,” and fell in love with the hundreds of videos that caringly and intelligently explain all aspects of music in a very atomic way, building the understanding one small step at a time. As soon as I saw the brilliance of the site I knew that I wanted to collaborate with Dave to explain Bach’s Well-Tempered Clavier to people. I contacted Dave Rees, the creator of the site, and asked if he’d like to contribute to our project by making videos explaining the Preludes and Fugues that Bach wrote. Not only was his response an enthusiastic and immediate “Yes!”, he also told me that it was indeed the Open Goldberg Variations project that convinced him to create an open education website and leverage the Creative Commons license as a vehicle for amplifying the good work that he was doing. So, yes, the contributions that we’re making to the Commons have major repercussions in the realm of open-source music education.

The Open Well-Tempered Clavier Kickstarter closes on Friday Nov 8, 11:00pm EST. To reach their goal of $50,000 to release Braille scores to the blind, they still need a little over $8,000 as I write this. Please help them out in any way you can.