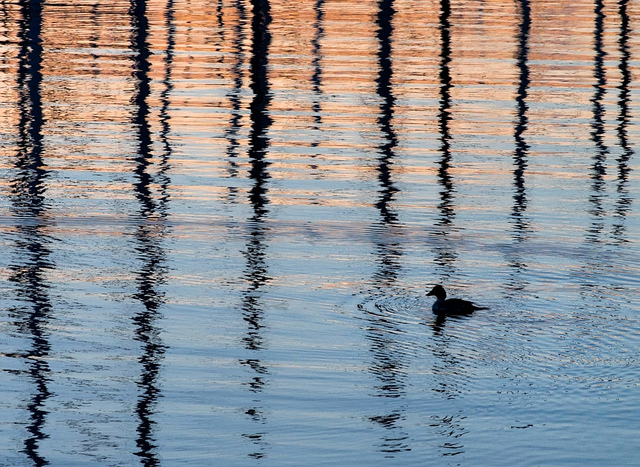 The Salesman is Dead and Gone, Richard Hugo House (theater)

No matter what the piece, Paul Budraitis consistently proves that he is one of the finest artists working in Seattle. I saw his piece The Salesman is Dead and Gone in its prior incarnation at West of Lenin, with James Cowan playing Willy Loman. Its emphasis upon the suspension of Willy in a kind of purgatory, neither life nor death, was powerful and promising. Here Mark Waldstein takes over as the beleaguered salesman, but the emphasis in this version is much more upon transcendence.

Image-based theater lives and dies by the power of its visual metaphor and the manner in which it imbues the mundane with awe. Mr. Budraitis in concert with his actor and designers creates stage images are, as one would expect, quite beautiful and full of wonder. And not simply the visual images, but also the audio evocations are fresh, eerie and arcane. It was certainly one of the loveliest pieces I witnessed all year, and I can only hope Mr. Budraitis’s Splinter Group continues to explore the approach in future pieces.

I didn’t get a chance to write about Ms. Kravas’s work at On the Boards back in October because I was serving in OtB’s new Ambassador program. I did write a blog post on the piece with a rather impressionist bent, but I didn’t write analytically or synthetically about the piece.

I’m almost sad I didn’t. It’s amazing what rubbish has been written about it. The essential structure of the piece is deeply musical, even its title. The piece also depends upon the music of Dana Wachs for its every impulse. Not surprisingly, the most sensible words I’ve read about it come from musicians who can discuss riffs and themes in a way that clearly most Seattle dance writers simply refuse to engage. Instead, the word “generic” gets tossed around. Stock phrases, barely relevant. Sexual tension. Voyeuristic participation. Minimalism.

There is so much writing about dance in which the writing shows almost zero consciousness of any other art. As dancers and choreographers themselves move more toward hybrid forms, such writing is inadequate to deal with the reality of modern dance. Dancers are learning new vocabularies. Dance writers need to do the same, otherwise they sink even deeper into irrelevance.

Quick Change, Theater Off Jackson (burlesque)
I’ve always enjoyed burlesque in all its idioms. I know many dancers involved in the craft, from dancers in their 20s to dancers in their 70s. My hometown, too, is one of the leading cities in the burlesque revival. Yet I never get to write enough about it, and my readers often fail to discern how vibrant and lively the scene is around Seattle. Truly, we have it all here. I love the sensuousness of Lily Verlaine’s work, the technical skill of Sydni Devereaux (now off to NYC–same old story), the neoclassicism of Inga Ingenue, the anarchy of the Atomic Bombshells.

One thing often overlooked in our burlesque scene is its extremely gifted comediennes. My favorite of the bunch is Flirty Sanchez, whose work always amuses me. In Quick Change, she has paired up with the equally gifted Bella Bijoux to create a brisk comedy about the friendship between two octogenarians and their various misadventures over the years. Using the clever framing device of on-camera reminiscences, which are just as hilarious as the actual dance numbers, the duo enact tales of the first time they met, crazy college days, trips to foreign lands, and the like.

After its run at Annex Theatre back in July, Quick Change was popular enough to return for a one night only encore late in the year. It really deserves even more. It’s one of the most enjoyable shows I’ve seen in a long time. Quite unlike the more episodic work in which I’ve seen both of the dancers, the story structure guides them to be their sharpest. Both women are extraordinarily charismatic. They’re also beautiful. But it is their comic timing and balance of precision and awkwardness that makes the piece so delightful. Flirty Sanchez has made art out of awkwardness–a field in which she is one of the city’s true masters–and I look forward to her next piece.