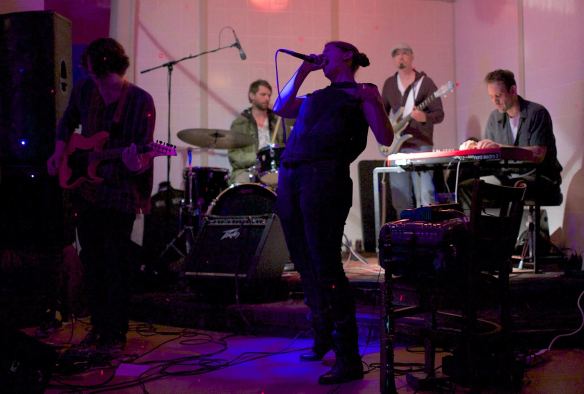 “We live in a great city,” this is how 14/48 Projects’ Megan Ahiers begins her farewell speech at the end of every performance of their Quickest Theater Festival weekends. “There are so many kick ass things happening in this Seattle,” she continues, “and you chose US! Thank you!”

There are two great truths in that statement, as well as a pretty accurate description of how artists feel when you, the audience, shows up. All you had to do is step outside and do something out in the tactile realm.

Don’t you owe it to yourself to feel that gratitude aimed in your direction?

Whereas we had a bounty of local dance productions to partake in last weekend, this week we are fortunate to have a pair of international groups gracing our stages.

We’ve already mentioned Grupo Corpo, the Brazilian company coming to the UW’s World Series with a pair of pieces making their Seattle premieres (Sem Mim and O Corpo). While samples of one of these pieces can be found on YouTube, we are big anti-spoiler types, so here’s a SFW taste of another of their stunningly physical works.

The other new work coming to town is from an artist new to the city: Frédérick Gravel, the Quebecois choreographer who brings his Usually Beauty Fails to On the Boards. All we knew going into this weekend was that Beauty seeks to explore our folly in the search for beauty, and then we read the following in his interview with London Dance, “I think this show is about desire, and the last section is mostly about how this desire makes our relationships complicated… It’s about the pursuit of something, and all the accidents that occur because we want it but all the time miss it.”

If that doesn’t whet your appetite, perhaps knowing that OtB has planned a dance party after Saturday’s showing. Failing that, perhaps a peek at the work itself will do the trick.

While there are a handful of productions either continuing or ending their run this weekend (including the previously mentioned Seattle Rep, which just opened their run of A Great Wilderness earlier this week), only the Seattle Public at the Bathhouse on Green Lake have a show to debut: American Wee-Pie. Wee-Pie concerns itself with the tale of a man on the verge of a mid-life crisis who finds salvation in the hands of a former high school classmate, her chef husband, and the man’s baking of the titular confections. Has the makings of a well-observed, lightly comedic night out.

However, if you’re looking for something a bit less predictable than straight theater, the Seattle Playwrights’ Collective presents the latest installment of Medicine Ball, SPC’s event that regularly pits local playwrights against Seattle poets. While that sounds like a fairly tame set up, SPC goes out of its way to make the proceedings as rowdy as a typical smoker: cheap beer while egging the audience to voice their appreciation or scorn. It’s a great way to hear/find new voices and be exposed to poetry while you’re at it. (In the interest of full disclosure, your correspondent once had his ass handed to him by Graham Isaac in a previous incarnation of this event — and this mention settles a bet the two had at the time.)

But perhaps last week’s recommendation for Homemade Fusion has you interested in watching more students show their potential. Luckily for you, the UW’s Director Training Program will be hosting a world premiere production of EM Lewis’ Reading to Vegetables — a new psychological thriller in which a research assistant posing as a coma victim becomes an unwitting witness to a horrible event.

The purpose of This Week is to let the discerning-audience-member-without-plans know of noteworthy performances in the Seattle area in the immediate days ahead. However, every week we do try to inform readers of things that are happening a little beyond our normal scope. For the week of January 27th, we’re recommending Crystal Beth & the Boom Boom Band who will be playing at the LoFi Performance Gallery along with local synth-punk outfit, Wiscon. For the uninitiated, Crystal Beth (a.k.a. Seattle’s Beth Fleenor, whose resumé includes Amanda Palmer, Trey Gunn, Wayne Horvitz — forget it, she’s impressive, all right?) contains elements of jazz, dance, Romani vocals, avant fusion, prog rock and whatever else strikes the band’s fancy. We’ll say no more.

You know what we haven’t recommended yet in this column? Burlesque, which is a shame because, as our publisher recently pointed out, Seattle is a hotbed of burlesque activity, with troupes of varying degrees of sophistication making their bones here. This weekend at the Columbia City Theater, IvaFiero Productions brings us Better Off Nude, a night paying tribute to the cheesy teen flicks of the ’80s which will feature Stephanie Blake. Remember the nurse strip-o-gram in Ferris Bueller’s Day Off? Yeah, her.

Meanwhile, Vashon, that mysterious isle, will play host to UMO Ensemble’s 1st Annual Circus Spectacular, a showcase for the troupe’s movement school featuring students of all ages. Proceeds from this fundraiser go toward keeping the troupe’s performance program running.

And speaking of fundraisers (another facet of our performing community we hope to cover), we close out this entry by informing you of Girl, You Know It’s Fun happening next Tuesday at Theater Off Jackson. This evening of cabaret performances also serves as a production launch for the upcoming West Coast premiere of Girl, You Know It’s True, which brings together a large number of Seattle favorites for one simple production.

Have an event you’d like to have included in the Star calendar? Send an email to events@seattlestar.net