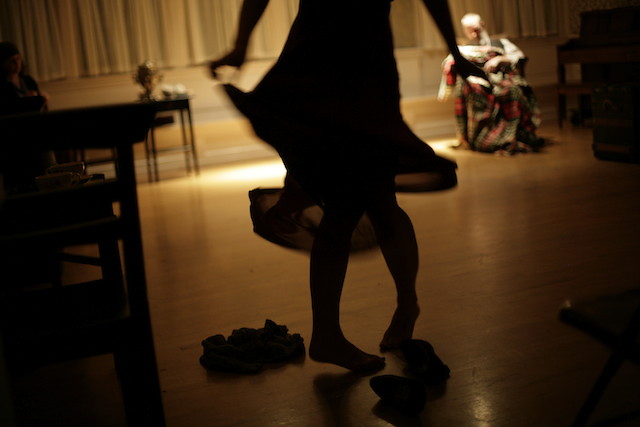 The work of Chekhov certainly falls into that category of drama that deals with the irony and humor of the relatively durable sides of life. Proof of its durability is that now, a century after his death, next to Shakespeare’s the most popular plays on the British stage are those of Anton Chekhov.

That popularity however has been truly unfortunate for the American stage. Most translations of Chekhov’s plays have been British rather than American. In the case of a writer whose dramas stem essentially from social division and cultural mores, this distinction’s not trivial.

Great Britain and Russia share far more in common than Russia does with the United States. They are the two most classist societies of Europe. Analogies hold easily between the British toffs and the Russian gentry, between English manorialism and Russian manorialism. Ideas about reform through socialism in the 1860s are in Great Britain and Russia equivalent if not exactly equal. Consequently, simply growing up in a British tradition gives one some sort of basic grasp of the social milieu of Russian drama.

At the same time, the fact remains that no one would ever mistake a Russian for a Brit. While the “relatively durable sides of life” are more or less the same in both societies, the manners and customs are almost diametrically opposite. Where Victorian British would be reserved, the Alexandrine Russians were anything but. Russian men would kiss as a formal greeting. Men and women both tended toward the melodramatic in social behavior and prided themselves upon the demonstrative. Where British men valued public speaking and family silence, Russian men of the time lived by almost incessant speech, and to be silent was a social faux pas either among strangers or family. In the context of drama, this plays out in absolutely distinct ways that make Russian drama Russian and British drama British. Put any given play of Henry Arthur Jones beside Turgenev and it will become obvious. Compared to the domestic dullness of the 19th Century English theater, Russian characters behave as extremely as anything in Federico García Lorca.

American theater in its dogged attempt to be British has absorbed all these problems anytime it treats Chekhov, but worse, has absorbed the problem of having no real analogue for either British or Russian society. Instead, it is largely powerless to absorb either. The almost completely clueless adaptations of Chekhov on American stages have been the worst kind of Deadly Theater, socially uprooted, unidiomatic, aimless, remote. The American answer to this problem usually has been to adapt Chekhov, which is to say ignore about half of what makes Chekhov Chekhov. David Mamet’s “adaptation” of Uncle Vanya (“from a literal translation”) is an obviously misguided and ridiculous entry in that sweepstakes, but even here in Seattle where we should know better, Zoltan Schmidt and Roger Downey’s 1991 translation, known as Uncle Johnny was a similar exercise in trying an audience’s patience. I could rattle off a dozen others from the past twenty-five years, all with the same problems.

The sensible solution is to put to rest once and for all any pretense of Englishness and to return to the roots of Chekhov. This, I think, is the impetus behind Akropolis Performance Lab’s production of Uncle Vanya. It is far from the kind of piece one associates with that group. And that, I think, is exactly what makes it so incredibly powerful.

The setting of the 1899-written play in the beautiful 1892-built Garden House on Beacon Hill is ingenious. The immersive environment creates a subtle but perceptible atmosphere of expectation. This gives the production a headstart before a word is even spoken. On top of this, director Joseph Lavy and his ensemble have chosen to reintegrate music into the play–music that is notably absent from many productions. Where Chekhov calls for music to work ironically against the atmosphere, here the music often intensifies it, but this draws the audience even deeper into the drama.

The production begins with strong imagery of Vanya hauling two trunks and furniture behind him, not unlike the scene from Buñuel & Dali’s Un Chien Andalou where the male lead is harnessed to a piano with a horse’s head on the keyboard. Immediately establishing itself as a production based upon strong physical movement, it rises high above virtually any other production of Chekhov or indeed anything else in Seattle. From there the opening builds into a series of pantomime images, each movement by the actors a kind of hieroglyph representing the internal character of the dramatis personae.

All of the actors thrive under this direction. The emphasis upon being active prevents the cast from living their characters superficially and completely within the head. Even Samantha Routh, whose script sense at times puzzles me, seems entirely comfortable here. Whenever she moves, she is spellbinding and commands all eyes in the room. One can easily imagine that must be the exact effect Elena has upon Vanya and Astrov.

Even more impressive is how the production balances the symbolic level of the play with the naturalistic dialogue. Having drawn the characters in terms of visual and physical signs, Mr. Lavy’s direction has also guided them into a seamless ensemble of people whose speech reveals them in similar ways, treading the border of the natural and the absurd. Especially brilliant at maintaining this balance are Carter Rodriquez and Margaretta Campagna, whose immiscible chemistry as Astrov and Sonya provides a perfect structure against which Vanya’s own infatuation with Elena plays. Another perfect touch is how the figure of Marina never leaves the stage. She observes everything: simultaneously, she is a symbol of the house, its history, and its values yet is also a human character who interacts directly with the others. It has been rumored for years that Chekhov is actually a master of dramatic structure but rarely have I seen a cast bother to prove the point. Here they do, and succeed so well that it seems effortless.

If one believes Rainer Schulte, a successful translation requires the translator to capture three things: the specifics of the life and culture of the country in which the author wrote; historical features of the period in which it was written; and the original author’s sensibility. Not only has Zhenya Lavy’s translation excised the Anglicisms that have clung to English versions of Chekhov like lampreys on a shark’s body, it also has restored to the play certain things that other translators have eliminated simply because they figured the audience was either too stupid to notice or simply didn’t care about (such as Syuzhet, dostoyniy kisti Ayvazovskovo–a reference to Russian painter Ivan Aivazovsky). Yet the text speeds along. By adhering to the distinctly shorthand manner of the original language, in which subjects and objects are often implied rather than stated, the English version explains less and expresses more.

In short, this is a much different Chekhov from what one is used to seeing on the Seattle stage. It is simultaneously Russian and American, historical and present, funny and melancholy, grotesque and elegant. It is many other contradictory things–just as it should be. Above all, it is alive. With the possible exception of Brecht, no other playwright consistently receives such deep respect “in theory” from American companies yet always proves to be virtually insufferable on the stage. But perhaps there is a way forward. Last year’s production by the Seagull Project proved that after a couple decades of butchery by tradition a company could still produce Chekhov effectively with a very straightforward approach. The Akropolis Performance Lab’s Uncle Vanya takes a different approach but is just as effective. I hope future productions in town take the hint.