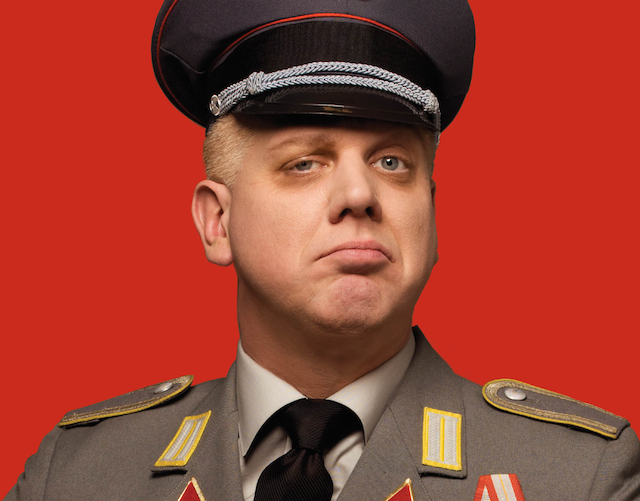 At the same time, Mr. Carlson’s ally in the newly formed Axis of Weasels, El Caudillo Supremo Maximus Glenn Beck, (also known as “The Great Helmsman” and “El Chalupa Grande,”) sent the Strom Thurmond Division of his National Council of Silver Shirts to seize control of Shoreline in a lightning coup. He then invaded a bankrupt Lake Forest Park (which could not afford to pay its phone bill to call up the National Guard) and also declared secession. Mr. Beck, a native of Mt. Vernon and Bellingham, stated that all of the whitest parts of the northwest must secede and form a more “traditional, family values oriented” republic. A third simultaneous coup under the notorious Fearless Leader Tim Eyman in Mukilteo failed due to lack of public transportation.

Meanwhile, a resistance movement has sprung up behind enemy lines, led by celebrated activist Bill Moyer of the Backbone Campaign, which is using giant exploding puppets and tree nets to delay enemy advances and destroy their supply lines.
Mr. Beck has been a figure of controversy on the Right since the revelation that he, like his hero Strom Thurmond, fathered a secret black daughter in his youth with a stripper. As the father ignored the child, she vowed revenge and sometime around 1995 took on the identity of the rapper known as Lil’ Kim. She has sworn to continuosly embarrass Mr. Beck with the most sexually explicit lyrics and salacious stage performances in rap–a tremendously crowded field of competition.

Many other para-military rightist groups such as Rush Limbaugh’s Knights of the Bloviating Razorback, Michael Savage’s White Gorillacrat Brigades or Pat Buchanan’s Righteous Bigot Army have refused to work with Mr. Beck since he was awarded the North American Man-Boy Love Association’s Man of the Year trophy. The association cited Mr. Beck for “giving our organization more free publicity than even the Koch brothers could buy!” and for his achievements in fashion by bringing back the silver shirt.

Mr. Beck responded, “There is absolutely nothing gay about our silver shirts. We just like eye-catching outfits is all. Why can’t black shirts, brown shirts, silver shirts, gold shirts, grey shirts, green shirts, red shirts, blue shirts and all the other right-wing shirtist movements around the world come together into one vast color-coordinated parade ground under a single Generalissimo with the sole purpose of overthrowing the decadent ‘so-called’ democracies. Can’t we all just get along?”

When asked about his daughter, Lil’ Kim, Mr. Beck said he, “should have spanked her more as a child. Actually, I’m looking forward to doing a lot more spanking in general.” Lil’ Kim’s response could not be repeated in these august pages.

Mr. Beck himself has been barred from the Sehome High School Class of ’81 reunions for acts so depraved they must remain unspeakable, yet traces may still be found in the custodian’s room behind the water heater.