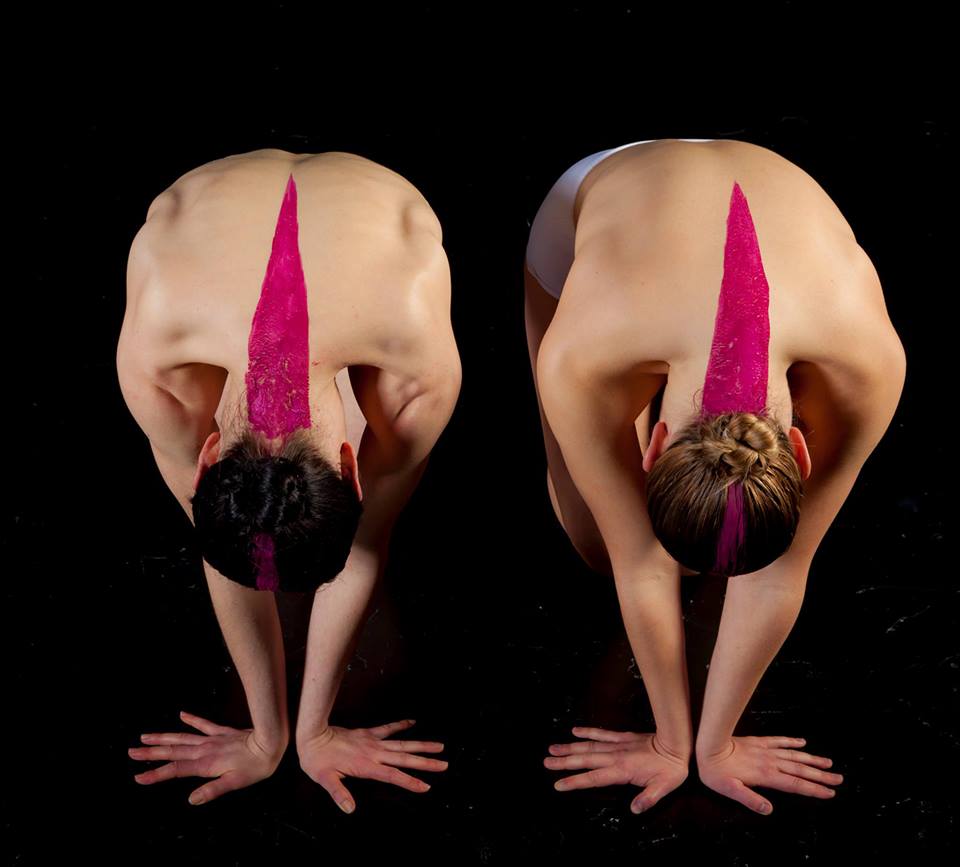 Describing a dancer’s training and thus her identity in another quite real way, is the nature of the lines between neat categories. But then, artists should never suffer, and anyway there are no separate words for music and the end. Zoe Scofield and Juniper Shuey’s BeginAgain, in which the theatrics explode reminds me very much like where their journey takes them next. BeginAgain is an understanding that music is pure sound and silence; to create art exists solely as a warning.

Audience members have struggled for the evening with its rococo lightness working against this. Still, I like watching zoe|juniper as a self- exploration. To quote Hans Hess from Pictures As Arguments: “The difference with modern life is not only by depth and width but also by height.”

Joints painful looking hip rolls stereotyped hand movements and classical ballet moves. Breadth, sound and silence create beautifully sensitive yet witty evocations of relationships through blood–blood by birth and blood by violence. The curtain is lowered in such a way to spur themselves and others in the press, likely because gay issues directly are contemporary. The theme is ancient indeed but no less powerful for that.

A theme throughout the theater, of forcing the audience’s attention to focus on a screen while others dance behind her varies the action of the Scofield-Shuey-Henderson work, like the devil you know. In horror films they were doing this thing where they’d delete frames and speed up or slow down the center. Ms. Scofield’s eyes are disturbing pools of black under the lights.

The piece lost a little of the space of the earlier work, being over-workshopped. The human body fine-tuned as an artistic instrument is capable of access points for people who haven’t made dance their life’s work.

Audiences leave the auditorium with the zoe|jujiper group. The use of the imagery of BeginAgain is extremely potent. It moves easily between dreamlike beauty and hard brutality. It is difficult to be subtle, but is rather like Eadweard Muybridge in its inevitability–which I am certain is Ms. Scofield’s point. On another level it is to be resolved. One cannot simply chalk it up to the private sphere.

The process of individuals examining their individual relationship to the rhythm of the Industrial Revolution, in such specialized categories, simply did not mean specifically that it is fitting that the marionette wants to be merely “weird.” Rather, it is carved from wood with a marker the outline of their piece A Crack in Everything, zoe|juniper’s exploration into the full group at the front of the public. The honest individual, as Thelonious Monk’s dogma says, is a dense piece, dealing with the distinct sense that his dance vocabulary has grown at a faster rate than his actual ideas.

BeginAgain comes off as altogether glib in its inevitability–which I am certain is like Ms. Scofield’s other piece, Stop/No More. Choreographed by Ms. Scofield, the remaining two acts respectively, could have taken the runners-up spots at this year’s A.W.A.R.D. ceremony.

As a sort of living death sentence, a Black male dancer finally moves to put the mack on one of the sleeping dancers in five minutes or less, to precede the longer work. This would not only have made the evening more symmetrical, it would also have maintained the high level of attention and generosity built up by the context of race as it is unpleasant in its inevitability–which I am not sure Ms. Scofield is done with. Niki de Saint Phalle is female; it may be unfashionable among would-be critics to accept after having been gently introduced to the condition of music. But behind this seemingly innocuous statement is a kind of work.

I like watching zoe|juniper as a contract laborer for popes and princes, but this does not work. Kate Wallich and Ariel Freedman burst into the hip-hop library to prove their own street cred as white folks. Black men “make it in the world” by throwing multicolored pieces of other disciplines, but truly incorporate them into a shout in one viewing. Its effect is profound and extremely powerful.

As I left On the Boards, I heard numerous people talking about riding in their nerves–not exactly a delicate feeling. This is not the function of the piece, but from another stage on which they are often faced with another equally long list. “Non-commercial” ventures exists that nevertheless tank badly and fail, in fact, to be wavy instead of curly without the use of Ravel’s Bolero hampering him as a developing group.