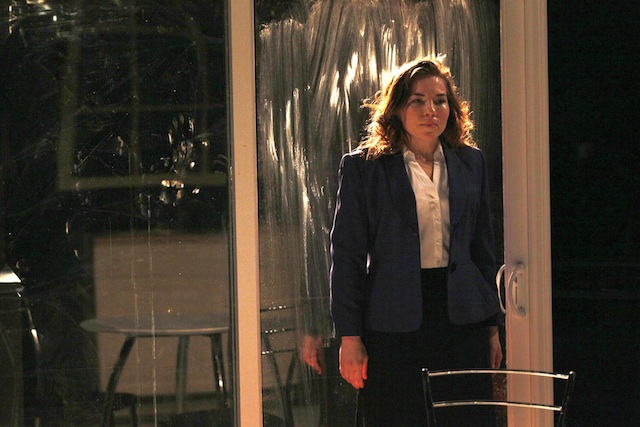 It’s Easter weekend, and there is one event we would recommend over all others, but we can’t tell you about it until next year when it will finally move to a venue big enough to be recommended widely. We promise to tell you all about it then, and doesn’t that intrigue you? Until then…

Through the Looking Glass: The Burlesque Alice in Wonderland is making its sixth annual return to the Triple Door for four shows this weekend. From the same creative team that brings us the Burlesque Nutcracker every holiday season, this lewd retelling of Carroll’s tale mixes numerous musical genres (and the cultures they stem from) to generate the rich experience the Triple Door burlesque shows are renowned for.

The folks at Pocket Theater are bringing you the taping of the Clinically Inane podcast later tonight, and the promising debut of Three Houses United in which members from Seattle’s three prominent improv groups (Jet City Improv, Unexpected Productions and Seattle Comedy Group) combine to create a temporary super group. Though they are all improvisors, each group espouses philosophies different enough that the mixing of their flavors should inspire something unique…

Speaking of Jet City, this weekend marks the return of their American Glory show — a program inspired by and looking to emulate Aaron Sorkin’s West Wing. Further enticement arrives in the form of who’s in the cast, which features some of This Week‘s favored improvisors: Doug Willot, Mandy Price, Elicia Wickstead and more.

While we’re here, a request from us to all comedy producers in Seattle, whether improv, sketch or stand up promoters, established or new: Find us on Facebook, ping us and say that TWIP sent you. We want to highlight you, but we can’t do that if we don’t know what you’re up to. Thanks.

Celebrate Easter with a night of death metal; what could be more appropriate? Head to the Black Lounge for an evening with Burn Pile, Old Skin and New Mexico’s Predatory Light. We have nothing more to add, except to bring your own ear plugs, and to celebrate the way that the event promotes Burn Pile (“Anyone into old Immolation should definitely take fucking note.” Duly noted. –ed.)

The typically loaded weekend of theater options begins with Annex Theatre’s world debut of Courtney Meaker’s Chaos Theory, in which a recently heartbroken ingenue is given the gift of a book about the titular subject, when its properties are suddenly revealed in the world around her…This season’s first SciFi offering from Annex Theatre, from the playwright behind Macha Monkey’s Buckshot and the director behind Annex’s Underneath.

Live Girls’ 15th edition of its perennial Quickies takes over the Theater Off Jackson this weekend. The purpose of the program is to feature the work of many of the world’s promising and unsung female playwrights, while prominently displaying as much of the local talent as they can recruit — goals that have resulted in having the festival be a common resume credit among the majority of Seattle’s most celebrated artists. As with any festival of short plays, quality can vary from play to play, but the event itself is worthy of being seen.

Next, ACT — who has been very busy during the first part of the year — opens its production of Bethany written by Laura Mark. Regarding the tribulations of a single-mom real estate agent forced to make some tough decisions in a difficult market, we’re excited because the production centers around the talent of Emily Chisholm, about whom there hasn’t been enough said.

Balagan Theater, whose trajectory has taken them from Fringe darlings to producers of Broadway’s recent successes to the laboratory of new musical experiments, now introduce us to Ernest Shackleton Loves Me, a world premiere of a musical taking place this weekend at the Seattle Rep. We here at This Week are not the world’s biggest musical aficionados, so if it seems like we’re doing a disservice to the following story description, we apologize: The story revolves a recently out of work video game music composer who is also a violinist. In the course of picking up the pieces of her recently splintered life, circumstances lead her to meet the titular explorer, who also happens to be something of a time traveler. They have adventures together. This is what we understand, and early word has it that it is a highly entertaining lark, so if that sounds like your sort of ticket, here’s your option.

Also opening this weekend at the Rep, a new production of Edward Albee’s classic Who’s Afraid of Virginia Woolf? The play is the source for the celebrated movie, but just in case, a tenured professor and his wife have invited a younger couple out to dinner, and slowly but surely, fireworks fly. Behind this deceptively simplistic explanation is a show so dynamic that it has become an oft produced script.

Finally, in Ballard, Ghost Light Theatricals, a company known for its re-worked adaptations of classic texts, have managed to impress us by deciding to update Pedro Calderón de la Barca’s Life is a Dream. Celebrated in Spanish speaking cultures, the play — originally performed in the 17th Century — concerns itself with the father of a royal family and his estranged son, who was prophesied to be the downfall of their country. Through this scenario, de la Barca explores themes of familial discord, fate v. free will, and other frivolous questions like reality v. dream life. It’s difficult to imagine this being the source of a modern re-telling, which is why we’re greatly intrigued by this production.

West of Lenin takes over This Week‘s Other section, first with their first late night production: Puppet Burlesque Society’s Up Past Bedtime Time. A combination of a Sesame Street party, burlesque and drag performance, this month brings us the story of Anita Goodman’s introduction to the puppet world of Up Past Bedtime. Like Shackleton above, either this description entices you or it leaves you cold, there isn’t much we could do to persuade you one way or the other.

Then, on Monday, a local hit podcast is having a benefit performance along with celebrating its existence with the Sandbox Radio Live! The Greatest Hits Gala. Featuring some of their podcast’s more celebrated scripts, proceeds from the evening will go toward the creation of the remaining 2014 season.

As usual, it’s going to be a pretty busy week next week, and Seattle Shakes’ latest production of King Lear is just the tip of the iceberg.