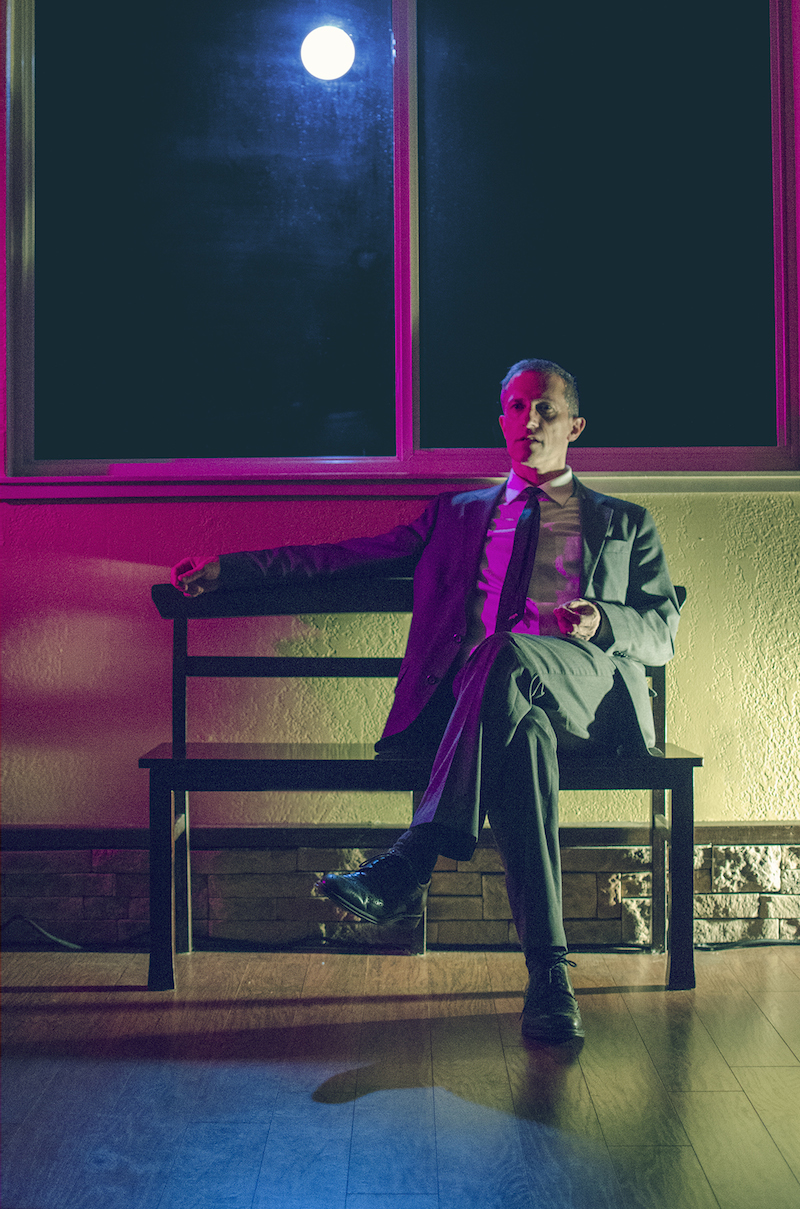 In a Hamburg garret I once saw a production of Crime and Punishment, and that evening became, before its four-hour stretch was over, one of the most striking theatre experiences I have ever had. By sheer necessity, all problems of theatre style vanished: here was the real main stream, the essence of an art that stems from the story-teller looking round his audience and beginning to speak. All the theatres in the town had been destroyed, but here, in this attic, when an actor in a chair touching our knees began quietly to say, “It was in the year of 18—that a young student, Roman Rodianovitch Raskolnikov…,” we were gripped by living theatre.

Thirty years ago I had just embarked on my first trip to West Germany. It was, for a sixteen year old punk like me, confusing, overwhelming, and absurd yet somehow transcendent. Arranging a special trip into Berlin was no easy deal. One had to go through East Germany by train and grease a couple of palms, or find a flight directly in. Even in my youth I could sense the political divisions in the country were distant echoes of the scars in the landscape itself forty years earlier. Finally in Berlin, standing before the Trümmerberg I closed my eyes and saw an innervision of a Germany after the war: frightened, broken, impoverished, devastated. The scale of it all gave me tremors of that thing that Americans shudder to discuss: awe.

And so when I read that passage in Peter Brook’s The Empty Space I recalled those tremors and that awe. The destruction that faced him in 1948 surely dwarfed anything I could imagine. Yet amid that awe-inspiring devastation, at a time when all theaters in town had turned to rubble, he walked into a bombed-out ruin and saw that theater still went on. Not only went on–became vital. Ten years later I myself had the same experience in the Holy Land, watching a group of three actors enact Tawfik el-Hakim’s Bank el-Qalaq in a candlelit basement while shots rang out above.

This lesson is largely gone missing in contemporary American theater, and particularly in Seattle, where the edifice complex is in full effect and most theater groups would turn up their noses at the idea that drama can be performed without a proscenium or a permit from the Parks Department.

Nevertheless, every so often someone rediscovers it. Lately there have been various groups like The Horse in Motion and the Seattle Immersive Theater who have begun to question the sterile experiences offered by the bourgeois theater on display not only at the big houses but on the alleged fringe as well, and have moved beyond the now-weathered idea of “site specific” work. All of these groups are interesting. Some are rough, some are refined. Each of them attempts to get back to the basics of theatermaking and exhume that which has been buried.

Akropolis Performance Lab’s version of The Glas Nocturne hearkens back to that Hamburg production of Crime and Punishment, and, in some ways, is also a response to Peter Brook’s Seattle production of The Suit. Shortly after that production hit the stage, Akropolis’ co-Artistic Director Joseph Lavy said to me that he very much liked the production but that any local group could have done the same show. I replied that was quite so, but that Seattle theater had been mired so long in external trappings that no one here would ever have thought to do such a show. It was too spare, too refined, and much too simple.

As if to prove me wrong, here come Akropolis, producing a play based, like Brook’s production, on a work of literary fiction. The Glas Nocturne is the definition of spare. It is far more spare even than The Suit. The approach to mise-en-scène is almost primordial. One actor. A variable-sized chorus. No props that are not already part of the room in which the production takes place. No music that is not created within the room. It reminds me of a theatrical version of the Dogme 95 rules. The means are spartan, just as they must have been in a 1948 Hamburg garret. Here, however, the spartan means are not the result of duress but of choice. It is conscious effort toward a poor theater in Grotowski’s sense. By reducing the typical distractions of the theater to their essences, Akropolis seek to refresh the most basic element of theater: examination of human relationships in space.

As with the mise-en-scène, so with the text: Stripping away everything from the novel beyond the moral argument and its subtextual influences, Akropolis turn Hjalmar Söderberg’s novel from an epistolary confession into a theatrical inquisition. Nominally, of course, the piece is about the ethics of murder. In practice, that art which “stems from the story-teller looking round his audience and beginning to speak” Mr. Brook writes about is the subject under inquiry and the commanding force of the evening. Mr. Lavy as Dr. Glas and his chorus of female apparitions use the story not as yet another opportunity for a person to confess all his sins on stage so that the passive audience can feel catharsis, but rather as an opportunity to force the audience into a different type of relationship, one in which their own moral imagination is provoked and they must consider the actual matter at hand.

In a sense, it is a companion piece to Crime and Punishment. Both works are about murder and ethics and the possibility of redemption. Söderberg’s novel, however, comes at the topic from a much different point of view. The argument in Dostoevsky deals with the Napoleonic idea that murder in pursuit of a higher goal is not only acceptable but demanded. But the argument there is self-centered: it is about one person’s freedom to do as he pleases. In Doktor Glas, the argument is about another person’s freedom, and specifically whether the higher goal of another person’s freedom–two people’s freedom, actually–outweighs the social evil of murder. The inquiry is deeply unsettling not just because it is intertwined with Dr. Glas’s own struggles with eros and agape in his subconscious life but also because his morality is intertwined with the morality of what the audience can rightly expect of a man who is charged with taking care of social illnesses as well as physical ones.

It’s all very beautiful to watch. Both the composed piano nocturnes and the sung folk songs are lush and eerie the way one might expect of fin-de-siècle Sweden. Mr. Lavy as Dr. Glas does amazing things with his physical mechanism as well as his voice, and his restructuring of Söderberg’s text as a theatrical moment is highly inspired. The overall mood of the evening is seductive–truly appropriate to the material at hand.

On the surface none of this seems revolutionary. It is easy to take such things for granted, especially when one is so obviously in the hands of masterful artists like the Akropolis Lab. But as the saying goes in times of universal deceit, telling the truth is a revolutionary act. It isn’t that the Akropolis group are especially well-suited to this kind of exploration. (They obviously are.) Nor is it they are doing something completely impossible for another group to achieve. (They are not.) Instead it’s that they throw themselves into a task of accomplishing something most Seattleites would never even consider theatrical, and do so with passion and rigor. When passion and rigor are missing from most audiences’ lives, and clearly from most artists’, that pursuit of a simple, clear theatrical truth is not, perhaps, a revolution, but it is certainly an opening salvo. The revolution remains in the wings.