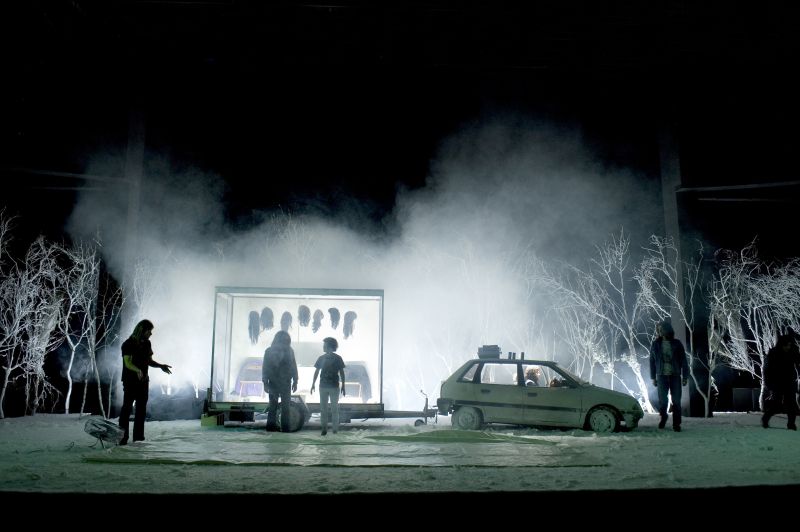 According to some developmental psychologists, children of a certain age do not distinguish between internal fantasy and external reality. Adults find this quaint. As adults, it is their duty to distinguish such things. This is fantasy. This is reality. You’re being unrealistic. It’s only a dream. When are you going to grow up and see?

This is why adults are insufferable. They think they are so knowledgeable, so wise, so certain. But this certainty is bunk. Every single moment of their lives tells them so. Adults can hardly predict what they themselves are going to do in any given human situation, yet claim they can be “realistic” about human psychology. They spend a third of their lives sleeping and no one has the faintest idea why. All the advances of science and technology about which they are so smug still boil down to the fact that the “human bean” cannot account for even the existence of about 90% of the physical universe itself, much less the nonphysical universe. If they had any sense, adults would stop before these facts and behold the world in wonder.

Such wonder is, unfortunately, in short supply in the world of adults and adult artists are no exception. And that is why the theater of adults is insufferable. Pat answers to trite “problems.” Bogus naturalism. Stereotyped discussions. Demands of what must happen. Action predicated on knowing already what’s going to happen. All wonder, all joy, all mystery of life, absent.

And then a piece of theater like Phillipe Quesne’s La Mélancolie des dragons stumbles into town, and the fog lifts.

For the past twelve years Mr. Quesne has made a career with his Vivarium Studio out of small works based on the most mundane materials. It was certainly the foundation of his last piece in Seattle, L’Effet de Serge and Bivouac, his environmental work at Performa a couple years ago. This fascination with apparent banality leads people to call his work “absurdist.” In fact, it’s nothing of the sort. There is no hint of the underlying nihilism that marks Ionesco or Genet, nor is there anything on stage even remotely incomprehensible. And the goal is quite different. Where absurdism tends to rail against the incomprehensibility of things and the impossbility of truth, Mr. Quesne’s pieces do not rail. They accept. And from that acceptance they suggest that incomprehensibility is not the end of things but the beginning.

The set-up of La Mélancolie des Dragons is so simple that it’s rudimentary. A snow-covered stage with trees holds a Volkswagen Rabbit towing a trailer behind it. Inside the car are four scruffy-looking guys with well-crafted mullets. They go through two bags of potato chips and cans of beer as they listen to 80s songs on the radio–AC/DC, Iron Maiden, Scorpions, Metallica. Every trope on stage suggests that they are traveling in the 80s. And then a bicyclist slowly walks her cycle around the stage and finally comes through the trees. She greets the men in the car, and then four men crawl out of the trailer, disheveled and half-asleep. She greets them all with a kiss on both cheeks. Then she opens up the hood of the Rabbit and starts pulling parts out of it. She calls an auto shop on her cell phone and orders a new distributor cap for the car, which will take seven days to arrive. Deciding there is nothing to do, the guys show her their trailer, which is actually an art installation. They aren’t musicians at all; they are a traveling amusement park and they show their mechanic what their next show is going to be.

Without being too versed in semiotics, one can easily figure out that this is an exercise in conflicting codes, played for fun. The car is moving through a landscape–but it isn’t. The time is the 1980s–but it isn’t. The men are musicians on a tour–but they aren’t. The woman on her bike is just a passerby–but she isn’t. Immediately this eases the audience into Mr. Quesne’s sense of the droll. By the time the amusement park opens, one has to see everything on stage as more than what it seems.

This is the gateway to theatrical magic. Nowhere is this more obvious than in the way Mr. Quesne includes Isabelle the mechanic in the proceedings.

John Cleese once said that what’s really funny is not watching someone melt down but rather watching another person watch someone else melt down. (The modus operandi of Fawlty Towers.) This presence of an intermediary gives the comedy a social dimension and an ironic distance that increases its effect.

Mr. Quesne has taken this same device and inverted it. If he were simply to appeal directly to the audience, trying to get them to believe that it’s truly astounding the way a smoke machine works, a contemporary audience of adults–because adults are basically no fun–would sit, arms crossed, and say harrumph. To overcome this typical adult cynicism, he places the intermediary of Isabelle amid the proceedings, as a naive observer. Instead of watching something wonderful, one watches another person watching something wonderful. The social dimension expands. It works for comedy; it should work for magic, too.

Like the rest of his decisions, it is simple. And like his other simple decisions it makes everything else possible. With even this small bit of ironic distanciation, suddenly it becomes possible for a couple hundred adults, in public with their peers, to feel laughter and joy and magic in a theater without having to uphold their reputations or posture before their neighbors about how hip they are. It also allows them to consider much more clearly what is really happening.

Throughout the piece, things are not what they seem. But they are also exactly what they are. A plastic bag is a plastic bag–and a giant in an amusement park. A wig is a wig–and a piece of an art installation. The snow on stage is snow on stage–and a white foam carpet that one can roll up. That things can and do mean more than one thing is precisely what makes the piece wonderful. Everything has to be interpreted, yet even after interpretation retains its mystery. It allows an audience of pat-myself-on-the-back-I’m-clever adults to drop all their pretenses and enter that state that they often find so quaint in children: a world in which there is no difference between fantasy and reality.

The stage makes all this possible. That which we accept–even if we know it to be otherwise–is the basis of theatrical magic. It’s the magic of Artaud (whose presence is implied in the piece) or Brecht or Mabou Mines, just as much as it is the magic of a Punch and Judy show. La Mélancolie des Dragons returns to the source of that magic and with great sophistication leads back into naïveté–the only real state in which theater can exist at all.