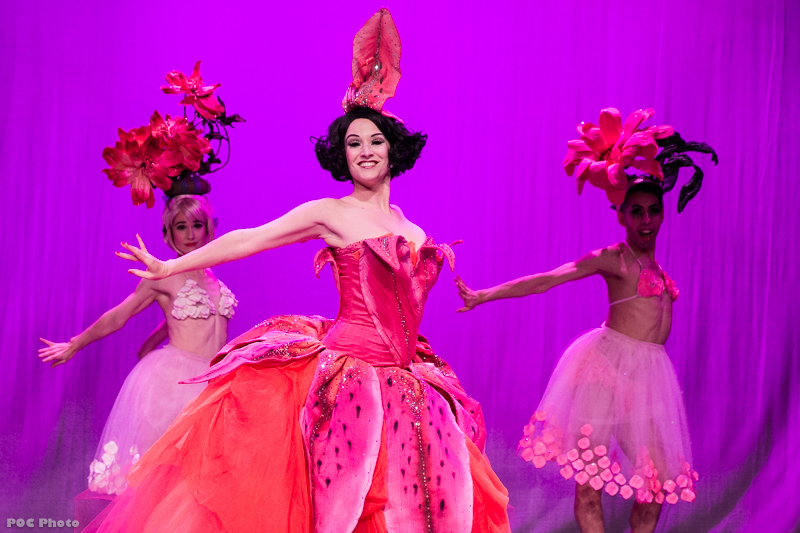 It is a silent cultural taboo that the holiday season is not a time for criticism. Families around the country gather around their menorahs and trees and Festivus poles giving gifts to family and blood-related strangers out of both kindness and duty. By what right could anyone possibly complain? You’ll take your gifts that we looked so hard for and you’ll like it, you Grinchy Scroogey Oogie Boogie Old Man Potter.

The same thing happens in the world of performance. Companies everywhere offer up their precious souls and prized pabulum, with the added implication that you’ll take what they give you and you’ll like it. Everything wrong with performing arts criticism distills itself neatly in December, as performers all across the country shred through their feel-good spectacles and so-called critics toss off their umpteenth reviews of plays they have seen umpteen times with aplomb.

Obviously I do not belong to that school of writing, nor indeed the school of forced Christmas cheer. But I’m not one to throw myself into the undertow either, so my usual tactic is simply ignore holiday productions completely.

The pity of this is that I had, until last week, never paid proper attention Lily Verlaine and Jasper McCann’s production of Land of the Sweets: A Burlesque Nutcracker.

I make no secret of my deep admiration for Ms. Verlaine. I have always found her work to be elegant, thoughtful and disciplined, and I have written many times at length about my appreciation for her distinct combination of the historical and the modern burlesque. What I have not said much about is the relationship of her work to ballet.

It would be obvious to anyone who watched her ingenious take on Giselle during the Washington Theater Ensemble’s reSET last May that Ms. Verlaine understands ballet. She took a spooky-looking, tumbledown theater set and matched it with the most famous spooky ballet in history. In doing so, surely she also knew that particular ballet contains some of the most torturous choreography in the history of the dance. Yet Ms. Verlaine’s solution to the problem was intellectually brilliant. She recovered the latent eroticism in Théophile Gautier’s libretto through burlesque movement, as one might expect, but she went much further. She used burlesque movement tropes to represent the earthly world while the unearthly world of the Wilis spirits emerged through a strict use of classical ballet movement. Critics were confused by this, calling it unnatural, but critics are dumb, and snobbish. They simply couldn’t accept that Ms. Verlaine could be as good at balletic expression as she is at burlesque.

If Land of the Sweets is anything, however, it is an evening of burlesque-ballet fusion. Tchaikovsky’s original Nutcracker is a fusion of classical form with various folk dances. Ms. Verlaine has simply replaced this European take on folk dances with her distinctly American one. The “Hot Chocolate” Latinx dance of Verlaine contrasts fairly with the Eurocentric exoticism of the “Arabian Dance” or “Chinese Dance” divertissements of Tchaikovsky. Ms. Verlaine’s use of ballet vocabulary is far from unnatural or forced. It is her unique way of seeing the world of dance, where highbrow and lowbrow are freely miscible.

As they should be.

I enjoyed the entire evening greatly. Ms. Verlaine and Mr. McCann pick their dancers wisely, with virtually all of them having backgrounds in both classical ballet and burlesque. It is always a pleasure to see Tory Peil and Trojan Original dance together, and the aforementioned Hot Chocolate duet I found truly inspired in its combination of precision and throwaway. Davione Gordon remains luscious and potent in anything he does, especially his fabulous turn as the Rat King, and it’s always refreshing to see Tova da Luna do her aerial work. I was especially intrigued by the reverse-burlesque of Ms. Verlaine’s Sugar Plum Fairy segment. It is easy with a talented dancer to make sensual the act of undressing. It is a more difficult feat to bring out the erotic quality of getting dressed. Yet there it is, a truly lovely display of Ms. Verlaine’s savoir-faire.

And a lovely change from the usual holiday ham.

Speaking of ham, host Jasper McCann rarely gets his due, even from an admirer like me. His performance as Charles Drosselmingus, in keeping with the original ballet, shows him a bit more subdued than his White Rabbit or Lanzo Travaglio from Verlaine & McCann’s other two repertory productions. While listening to him introduce the acts in old-school burlesque fashion, it is easy to be seduced by his broad wit into thinking he is merely a clown. He is certainly a clown, and he is one of the few people who appreciates the fine balance of razor wit and pure cornball. He is also a very fine musician with a sensitive ear. The music in Land of Sweets probably takes a back seat to the heavenly bodies on parade in most people’s minds, yet it is so smart and perfectly attuned that I have to call attention to it. Without it everything would unravel. Mr. McCann’s penchant for jazz both cool and hot anchors the entire evening without ever coming front and center. That restraint is admirable, almost as admirable as his keen lyrical gifts, fine voice, and dislike for the Celine Dion Christmas album.

With the refined dance sensibility of Ms. Verlaine and the underrated musical joys of Mr. McCann, one can hardly go wrong. Land of the Sweets will hardly make me more inclined to venture into the world of holiday productions but it definitely makes me feel that there is at least one safe haven, with lovely and gracious hosts.