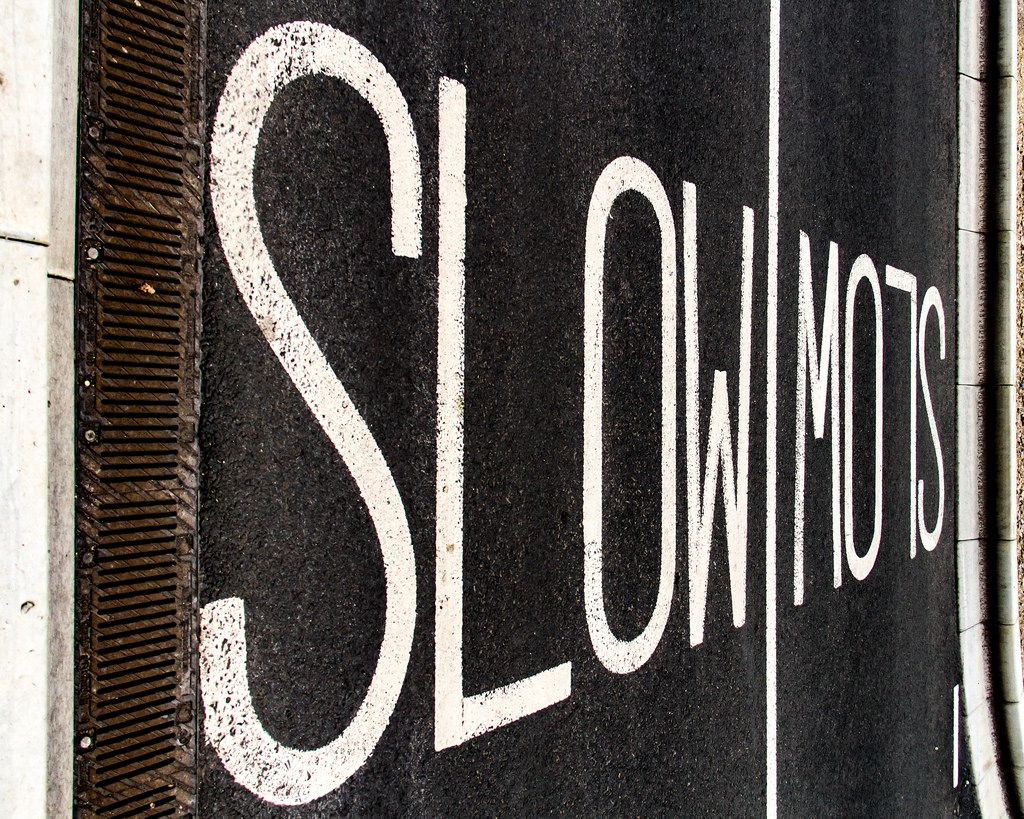 “Where ignorance is your master, there is no possibility of peace.” The XIV Dalai Lama.

The scientific contributions of Albert Einstein and Richard Feynman were fundamental for the construction of the atomic bomb. Today, their reflections on the subject are also fundamental for the survival and evolution of our species. Conversations with both scientists after the Manhattan Project indicate that each felt remorse for their involvement. They wished they had thought through their direct and indirect involvement more thoroughly, and said that if they had known what their work would lead to they might have acted differently.

These quotes from Einstein are glimpses of his perspective:

“I made one great mistake in my life—when I signed the letter to President [Franklin Delano] Roosevelt recommending that atom bombs be made. Had I known that Germans would not succeed in producing an atomic bomb, I never would have lifted a finger. The unleashing of the power of the atom bomb has changed everything except our mode of thinking…Science has brought forth this danger, but the real problem is in the minds and hearts of men. We scientists must consider it our solemn and transcendent duty to do all in our power to prevent these weapons from being used for the brutal purpose for which they were invented. Non cooperation in military matters should be an essential moral principle for all true scientists.”

Feynman joined the Manhattan Project as an enthusiastic and energetic 24 year-old. Later in his life—after recovering from a severe Post Traumatic Stress Disorder—he said this:

“One should reconsider perpetually one’s reasons for doing something, because it may be that the circumstances have changed… I don’t guarantee you as to what conclusion I would have come to if I had thought about it, but nevertheless the fact that I did not think about it was, of course, wrong.”

What I hear when I translate the language of these two geniuses into my perspective is this: we were going too fast. We are still going too fast. When we rush, we make decisions that lack information, lack proper reflection, and ultimately make the problems of humanity worse.

Now is the time to slow down, to take a pause, to rethink the purpose of science and education and to cultivate our critical thinking—and our critical feeling. It is time to combine science with the soul: science as the sustainable, collective and critical development of knowledge; soul as the individual and collective capacity to make wise use of that knowledge; ultimately, the ability to rejoice in the welfare of all living beings. Bertrand Russell echoed this postulation when he wrote: “The good life is one inspired by love and guided by knowledge.”

We, the new generation, believe that the purpose of education is to help students to become more fully developed human beings, to help students discover meaning and passion in life, to develop critical minds and sensitive hearts, and to become knowledgeable about the peoples, inherited wisdoms, and subject matters that will help them find their path in the creation of a more peaceful, just, sustainable, and diverse World.

For us then, universities must be not centers of military recruitment or corporate indoctrination, or obedience to totalitarianism and support of the (dis)order of the non-egalitarian status quo, but they must be epicenters of critical thinking, inspiration, creativity, imagination, justice, freedom and true democracy.

The support of the development of weapons is an example of the contradiction between the purpose of education and the decisions made by some of the regents of the University of California (UC) in the history of this institution: since the Los Alamos Laboratory opened its doors in 1943, every single nuclear weapon built for the United States arsenal was designed at a UC managed weapons laboratory.

A nonviolent generation with many perspectives.

Paraphrasing Gandhi, to overcome the greatest destructive weapon humans have invented one needs the greatest power humankind has been endowed with: nonviolence. Just as peace is more than the absence of war, nonviolence is more than the absence of violence. It is not simply the negation to cause harm, but it is something infinitely more: it is when one’s heart is so full of love, so full of courage, forgiveness, generosity, kindness and compassion, that there is no room for hatred, resentment and violence. It is not a double negative but a superlative positive.

Nonviolence is a call to disobey inhumane laws and treaties; it is a call to obey the law of love; it is a call to not control anger but to express it under discipline for maximum effects; it is a positive force; it is a way of life: the thoughts we have, the things we say, the food we eat, the cloths we wear, the things we do. The members of this new generation are pragmatic idealists who try to “walk their talk.” Their means are their ends. They are trying to embody what Martin Luther King Jr. called “love in action.”

This young generation is formed by conservatives, liberals, moderates, anarchists, religious and secular people. We all are catalysts who honor all perspectives to be closer to the truth. I am a progressive, a conservative, a liberal, an anarchist, in short: a perspectivist. In other words, our generation is formed by citizens of the world who promote dialogue, tolerance and rooted values. In most respects, I continue to align with what I grew up believing to be conservative values. Yet I find I have nothing in common with extremists of the far right who advance an agenda of class warfare, fiscal irresponsibility, government intrusions on personal liberty, and reckless international military adventurism as conservative causes.

At the same time, I have nothing to approve of in extremists of the far left who advocate violence and a new way of totalitarianism which keeps attacking the human spirit. At the same time too, I’m not an anarchist as defined in the encyclopedias, dictionaries, etc. written by the hierarchies and their corporate media, I’m engaged and in love with the voluptuous authority of collective intelligence; with her hugs of education, respect and peace; and with her kisses of justice, true democracy and freedom.

To be consistent with this new generation, one of my contributions is that I did not want to receive a title from an irresponsible institution that is putting at risk the survival of our species. Hence, this semester, after almost four years of interacting with the amazing and beautiful people of the Astronomy department as a graduate student and instructor—after seven years of following the fascinating path of Astrobiology—I withdrew from the University of California at Berkeley and will have nothing to do with that institution until it stops being involved in the research, production and manufacture of nuclear weapons.

In evolutionary time scales, I believe that violence and science are mutually exclusive; the two cannot coexist in the long run. Vinoba Bhave was quite aware of this: “Violence must be done away with if science is to survive,” he wrote, “If both are sought to be retained, mankind, along with its science also, would be destroyed.” This disastrous combination inhibits the development of critical inquiry, he explains, because “our thinking becomes narrow and circumscribed if we are associated with any organization which will not be fully conductive for the quest of nonviolence.”

If we want to stop the proliferation of atomic bombs, it would be a good idea to stop producing them ourselves. If the government of the United States justifies nuclear weapons for its national security, why wouldn’t other countries construct atomic bombs for their own national security? This is not about “national security” but Global Security, Human Security—reconciliation and mutual respect between the peoples of the Earth is what really makes for peace and security in the long run, each country can be secure only when all are secure: the Earth is but one country and all living beings her citizens.

The political and intellectual prestige of the UC can be used not for justifying annihilatory purposes but for creating an artistic-scientific-spiritual-rational and humanitarian society. Just because we are students studying art, economics, engineering, peace and conflict studies, landscape architecture or astrophysics that doesn’t mean that we have to be part of an institution that develops new “safer weapons of mass destruction”. What if, rooted in the purpose of education as true seekers, the citizens of the World decide to noncooperate, according to their capabilities, with the UC until this institution stops being involved in the research, production and manufacture of nuclear weapons?

But this is not just about finding ways to abolish nuclear weapons and move on from this survival crisis. We are missing a great opportunity to convert swords into plowshares. We must divert their purpose into something constructive for humanity. What about protecting us from the impact of a large asteroid or comet to avoid a mass extinction of life on the Planet? We might be able to use nuclear explosives for a near asteroid burst to ablate surface material and nudge the body to a safer orbit, or a direct sub-surface burst to fragment the body.

That’s the difference between what we do and what we are capable of doing.

As a starting point we can slow down, pause, rethink and heal from the cancer of violence which starts to disappear from our minds. Eknath Easwaran, a disciple of Gandhi who brought many of his teachings to the West, said:

“It is essential not to confuse slowness with sloth, which breeds procrastination and general inefficiency. In slowing down, we attend meticulously to details, giving the very best we are capable of even to the smallest undertaking.”

That is exactly what we need to do.
****
Francisco Ramos-Stierle, whom we at The Star affectionately call “Pancho,” wrote a longer version of this for his blog Earthling Opinion, which we recommend highly.