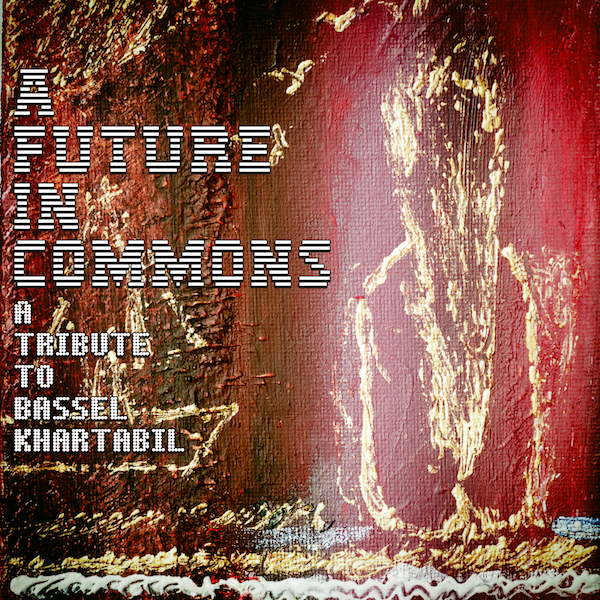 One can always reduce things to numbers. 17,723 prison deaths in Syria. 30 deaths per month. The Syrian regime obviously keeps busy, and to them he was just another number.

Then one can reduce things to affiliation: Aiki Lab. Al-Aous. University of Damascus. MIT. Electronic Frontier Foundation. Wikipedia. Creative Commons. These groups have accomplished things that would not have been possible otherwise without him.

But nothing so reductive will ever approach telling the story of Bassel Khartabil. And nothing will ever approximate what humankind has actually lost with his death.

It’s one thing to say someone is a devotee of open source and technologist. Such devotees are a dime a dozen; entry into the devotional brotherhood merely requires turning on a computer and proclaiming one’s allegiance. Bassel was one, but he was much more. He started the first hackerspace in Syria, at a time when technological freedom in Syria was under siege. He made the Mozilla Firefox browser work in the Arabic language. He created 3-D models of the ancient city of Palmyra to preserve the history of that city before it was assaulted by the members of Da’esh. He translated hundreds of Wikipedia pages into Arabic. More importantly, he laid the foundation of the Creative Commons in Arabic by translating very European concepts like the commons itself into Arabic for the first time, by connecting the traditions of the Orient and Occident across history, establishing a link for artists across the globe to open up their work to a free culture.

These beliefs in a world of freedom from political and economic censorship, in the power of art and technology, in the greatness of his country and its people, were fatal. The Syrian government seized him in 2012. They tortured him for nine months. They threw him into Adra prison for the next three years. Then they killed him.

I’m not the one to write an elegy for this truly great man. No single person could. Besides there are already truly elegant tributes by EFF, Lorna M. Campbell, Creative Commons’ Ryan Merkley, MIT’s Joi Ito, and the Syrian collective #TheyCantStopUs.

Instead I bring you a musical tribute from the artists of Disquiet Junto. Composer Rupert Lally, a longtime participant at Disquiet, compiled tracks from more than thirty composers into the tribute album, A Future in Commons: A Tribute to Bassel Khartabil.

I’m very proud of the many Disquiet Junto projects we have done over the years to spread Bassel’s story by finding music in his life and work. I’m hopeful this compilation on Bandcamp will spread that story even further, and help raise funds for the Bassel Khartabil Memorial Fund.