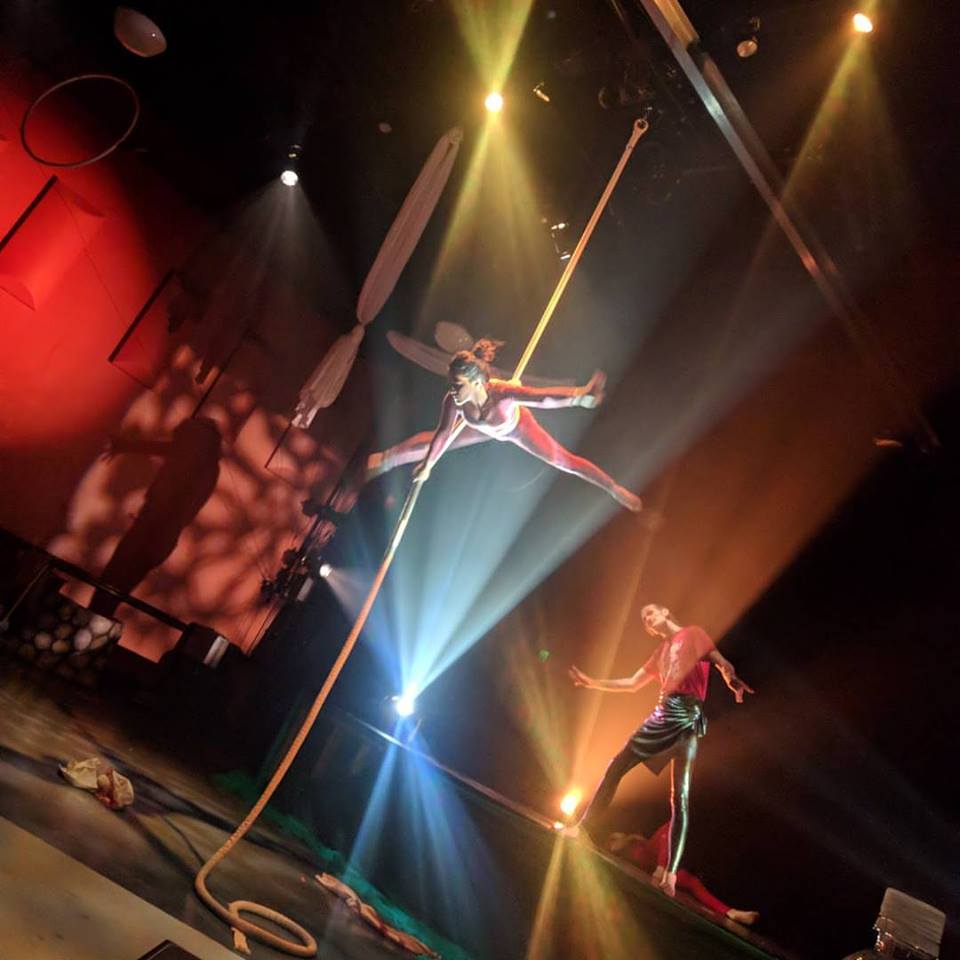 The Cabiri have been creating myth-based aerial dance and cirque for just under twenty years now, and they’ve come a long way since the days of outdoor fire-breathing exhibitions. Ghost Game has been one of their anchoring works, an extended journey through the myth and folklore of the world disguised as a mild-mannered evening of dinner theater. As befits an autumnal series, Ghost Game installments tend to deal with the darker side of humanity and its relationship with the divine and uncanny.

This year’s episode is no different. Beyond the Veil treats the subject of death, or the afterlife, the underworld, the land of the not living, as you prefer. Five different stories feature in this year’s bill, including the very first time to my knowledge that The Cabiri have performed a piece rooted in Egyptian mythology, will take audiences through that Plutonic world and guide them into images of their subconscious in that mysterious and elegant way that only The Cabiri do in Seattle. With live music from Celadon and Vox Vespertinus, it promises to be quite a spectacular night.

Also The Cabiri have promised this time to step up the dinner side of things. As usual the dessert train features the exquisite handicraft of The Confectional. This time around the producers have also tapped West Seattle’s Alchemy to assemble a full bar but also special craft cocktails made specifically for the event.

The Cabiri’s Beyond the Veil: Ghost Game XI plays at the Youngstown Cultural Center on October 27, 28 & November 2, 3, 4. Tickets are available from Brown Paper Tickets but get yours fast: the October 27th show is already sold out.