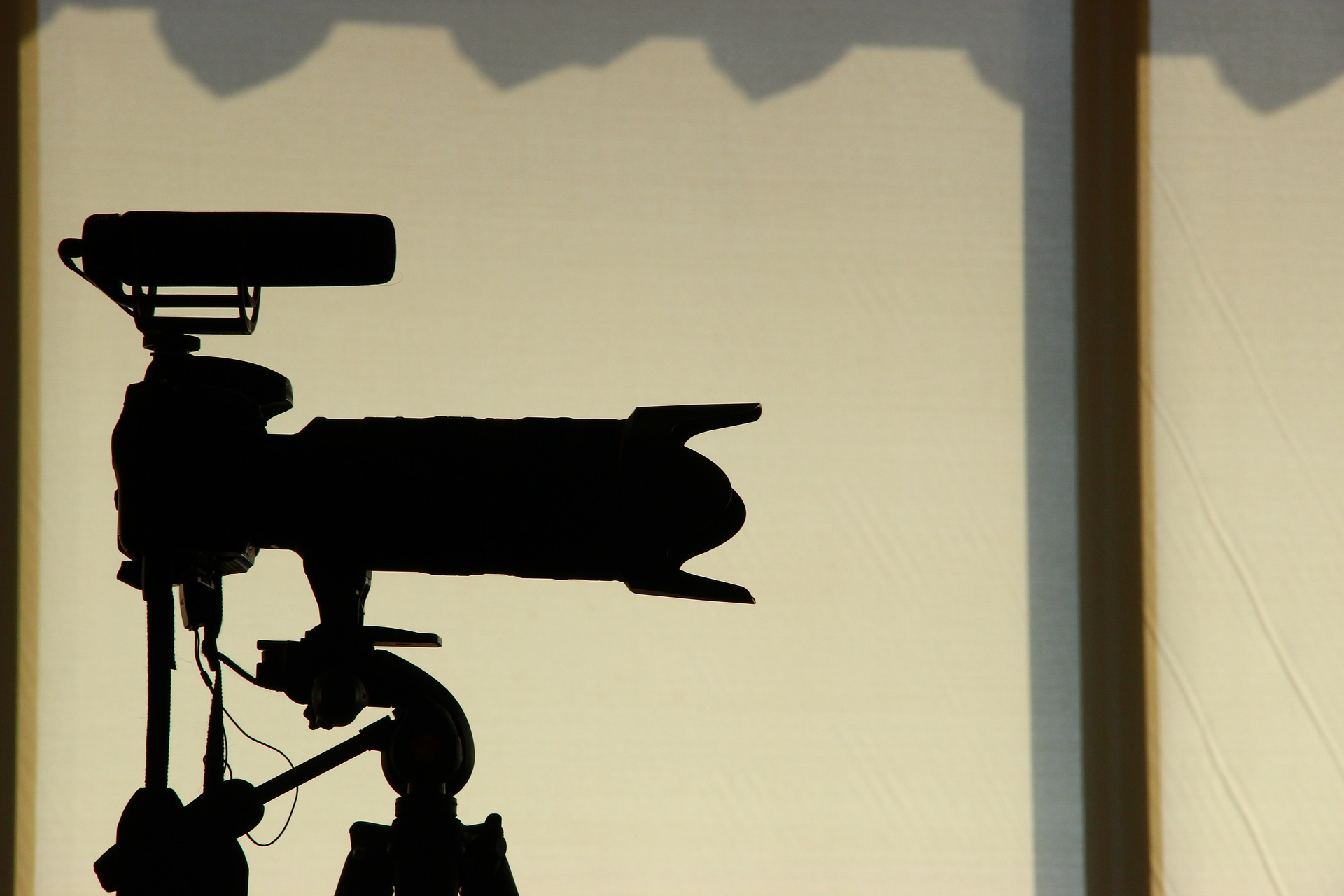 It’s an old picture on the face of it. It’s banal in the old sense: used by the common folk. The print in my hand is 3.5 by 5 inches; the picture content itself is 3 by 4.5 inches. The print has started to curl quite strongly, though the paper is strong. It is glossy on the recto side and plain on the verso.

Overall the print is low contrast, except that the shadows are heavy, though still washed out. By now it has faded, and the paper itself shows the yellowing one tends to associate with old pictures, especially on the recto side. But there’s something different about this print.

Though it’s been the default since the 1970s, color photography has been controversial among photographers since it was first introduced. To get a sense of the controversy, one has to recall that above all else photography comes out of the scientific laboratories of the early 1800s. The culture of those laboratories was cutthroat at best, and reserved almost exclusively for upper middle-class good ol’ boys in France, England and the United States. Scientific societies actively discouraged amateur investigation and where they could not stop it completely, they crippled it by controlling the dissemination of knowledge through the press.

As Herbert Dingle, a noted gadfly in scientific circles, once wrote: “One of the leading scientific journals will not publish anything ‘of a polemical nature’, which can only mean that, in science itself, it will not publish any criticism of orthodox views. Accept them, and your paper will be considered for publication; question them, and it will not.” A sober example of this is the treatment of Levi Hill, who developed one of the earliest processes, if not the earliest, for color photography in 1851. The American Association of Daguerreotypists, whose photographers were upset that their clients were waiting for Hill’s process to be released commercially so that they could have their portraits in color, had their team of “investigators” declare that Hill was delusional. When Hill finally released the details of his process in 1856, the head of the association sued him for libel and had his book destroyed. Hill’s process lay obscure until it was finally proven to work in 1981 — one hundred thirty years later.

Even to this day you can read the rather snotty article about Hill’s heliochrome process in Wikipedia, in which the entry begins “Levi Hill was an American minister in upstate New York who claimed in 1851 that he had invented a color photographic process.” Not that he was the inventor of an early color photographic process, mind you, but that he claimed to be. This, despite the actual evidence of Hill’s photographs themselves. The blind eye of science strikes again.

In this culture of scientific oppression, then, it fell to renowned scientists with unimpeachable credentials to kick start the research into color photography. Most of them trace their beginnings to the work of James Clerk Maxwell. Maxwell’s great leap was to posit that all colors could be separated into three: red, green and blue. From this fact he suggested that one could take three colorless photographs of the same scene, each through a different filter tinted one of the three colors. When projected together, these three “separations” would overlap, combining to show the original scene in full color.

Maxwell’s friend Thomas Sutton provided the first illustration of the technique in 1861 for a lecture by Maxwell. Because both were scientists in the Royal Society, this passed muster and became the “first” color photograph in history books. Maxwell & Sutton’s process is largely the same one in use today in the modern digital camera. Such color photographs didn’t become truly practical until the Lumière brothers devised their “Autochrome” process around 1907, and even despite constant refinements, did not become standard for amateur photographers until the 1970s.

This print as I hold it is quite faded. The yellowing of the paper is a common enough sign of age. But this is more than just yellow. It’s also too red, because the cyan ink has taken a powder. This is a pretty good sign that the photograph sat in the sun at some point. The photograph is obviously quite old. Just how old one can see from the lab markings on the verso side.

The Kodacolor process was invented in 1942, so this is a rather early print for an amateur. Someone, probably, who had more money than most. The overall composition of the picture is basic. The city divides the picture space neatly in two, blue sky above, blue-green sea below. At the right of the frame, a chain drapes from an unseen post or attachment toward the back of the boat. A human figure in a red shirt and brown pants, I think, stands in profile at the left end of the chain link, looking left and upward — not at where the boat is actually going. A rope of some sort hangs from the bow. At the far left of the picture frame is a post or column or pipe of some sort.

The picture is in relatively sharp focus. From the aspect ratio 2:3, this is a picture from an early 35mm camera. The skyline reminds me of Seattle’s, but I am less familiar with this view than I should be. I cannot therefore guess the location or circumstances. The good thing is that this allows me to approach the photograph neutrally. As I think about it, it’s a historical curio — I have no other Kodacolor prints from this early a date. I am naturally curious to see what it what it looked like originally.

So I put together a “fair copy” version of the photograph. This is what I came up with:

The version here still shows marks of age, but the color looks closer to my memory of Kodacolor prints. I recall that Kodacolor film always had very delicate yet lush blues, with paler greens than the Fujicolor and Agfa. Blues have never looked very good in photographic prints but Kodacolor always struck me as the best. Were this a “modern” digital print, everything would be much more saturated and have an overall harder, sharper look, but this version here captures for me the sensation of early color film.

An example is here. To be consistent within the picture, the sky here should probably be less blue, somewhat closer to the blueness of the water perhaps. But my emotional memory of Kodacolor film tells me the skies were always bluer, so I corrected them to be more blue. When I say that “this version here captures for me the sensation of early color film” I am telling you that I am more interested in sensation than I am in so-called reality. I would suggest that every single viewer has the exact same opinion when it comes to color photographs.

This photograph is fairly pedestrian. If it is a picture of Seattle from 1948, then it predates the Washington State Ferries system by three years, and could only be a ferry from the ill-fated Black Ball Line. Indeed it may be taken from one of the very last runs of the Black Ball Line ferries before they ceased service. But this is speculation. What is certain is that this photograph has, in a sense, been made hundreds of thousands of times before: the harbor, the ferry, the sky, the sea, one figure in the foreground. It is a regular trope of ferry tourism. Nothing within the picture clearly distinguishes it from any of the others within that trope.

I can only conclude therefore that the photograph has a personal meaning as a record of a trip across the water. Since the figure in the foreground has not posed for the camera as would be common in an amateur photography, it is highly possible that he or she was unaware of the camera at the time, so the subject beyond the subject matter is likely to be the pictorial beauty of the harbor itself, rather than a portrait of a person.

Would this picture be as effective in black-and-white? While the trope would remain the same, and the photograph would still work as a memory jog or prop to talk about one’s trip across the water years ago, I think the photograph would lose a certain element of beauty from the color contrast between the sea and sky.

Thus we come to a second reality of color photography. Some photographs are evocations of color itself, and color is indispensible to that particular magic; many more are not.

Pairing this with the first reality of color photography, one can make a tentative statement about color photography in the vernacular: namely, that amateur photographers rely on the “realism” of color as a way to annotate or evoke a particular emotional moment. Color photography may have a more direct and obvious pathway to emotion than monochrome.

I suggest then that we modify the old saw about “abstract” monochrome and “realistic” color. Instead, let me replace it with another reductive statement: that monochrome photography is more for the brain than the eye. Where black-and-white photography encourages a viewer to remember and think, color photography encourages one to remember and feel. Obviously brain and eye are inseparable and both kinds of photography do both things to some degree. But this statement acts as a kind of baseline. It also hints at the long-standing prejudice against color photography among fine art connoisseurs, and the intellectual snobbery within that prejudice. The mark of a successful photographer is that she can make both types work toward their contrary purpose: intellect in color, emotion in monochrome.

I wager that this picture was not designed to do much more than it does: mark a quiet moment of clarity and remembrance. And yet, for virtually every photograph ever made, that is enough. Such photographs make people stop and wonder. That wonder has become the foundation of modern color photography, not just among amateurs but also among professionals. Whether one accepts Levi Hill’s work as the origin or not, color photography has always been a field dominated by amateurs. One must explore the wonder in anonymous amateur color photography — and by extension in the professional “commissioned” photography of fashion, science, documentary etc. — if one is even to begin theorizing about the “art” photographs of William Eggleston, Stephen Shore, Joel Meyerowitz, Martin Parr, et al. As usual, the real history lays buried in the mundane, waiting to be exhumed.