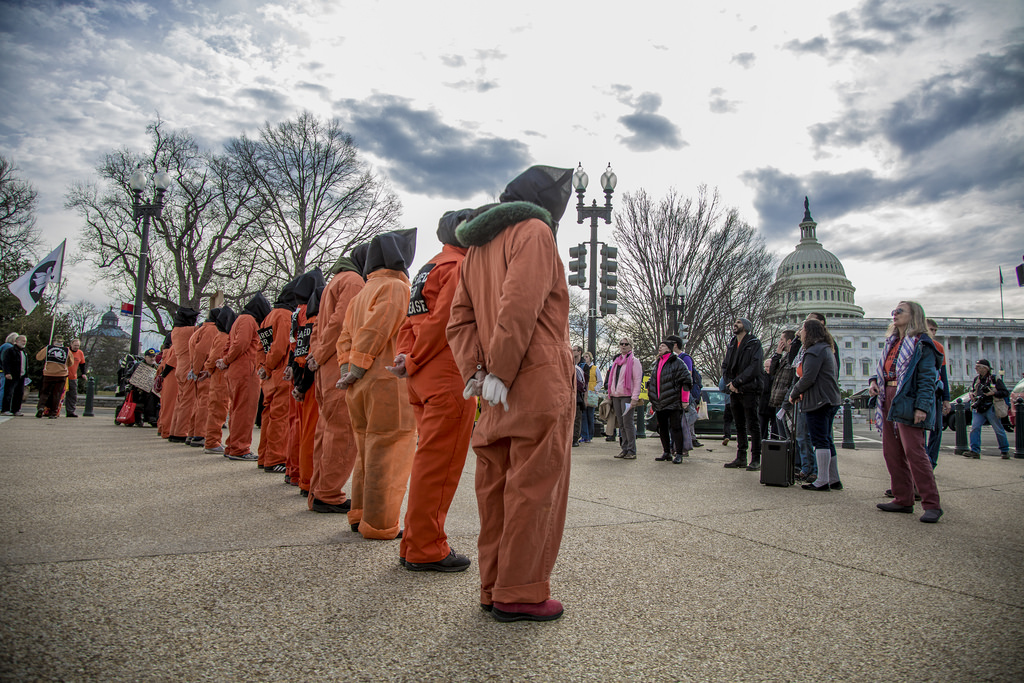 About three years ago, the Senate Intelligence Committee declassified the executive summary of a 6,000-page report on the history of CIA torture. The report described the brutality of the torture, demonstrated how ineffective it was, and revealed that the CIA repeatedly provided inaccurate information to other government agencies and Congress about its use.

While the release of the report led Congress to approve bipartisan legislation in 2015 to permanently take the CIA out of the interrogation business, proponents of torture remain in government and continue to adversely shape public opinion.

That’s why the National Religious Campaign Against Torture continues to focus on this issue. We work with the faith community to shrink the moral divide over torture through prayer and public witness, and to educate people “in the pews” about the dangers that state-sponsored torture presents to our country.

So far, our efforts, and the efforts of our fellow travelers, have fallen short. The Senate Intelligence Committee’s report—the 500-page executive summary of the full report—remains a political football. The Senate Intelligence Committee’s Republican chairman, for example, asked executive branch agencies to return all copies of the report, and those that are not parts of ongoing litigation or preserved as part of President Obama’s official archives have been returned.

Despite bipartisan support for making the executive summary public, however, the CIA waged bureaucratic warfare to keep the report secret. Before the investigation even began, the CIA defied a court order and destroyed videotapes documenting its use of torture. Later, the CIA, spied on the Senate Intelligence Committee staff who were investigating the torture program and tried to restrict access to incriminating documents. After investigators completed a first draft of the report, the CIA rejected the claims made in the report even though evidence from an internal CIA review supported the Senate report’s findings.

Not surprisingly, current and former government officials were afraid of being embarrassed by the report. Rightly so: the report is painful to read because it is so graphic.

Details include waterboarding suspects to the point of inducing convulsions and vomiting, rectal feedings, and chaining suspects to concrete floors (even leaving one to die). Some suspects were forced into ice water baths to induce hypothermia; other suspects were threatened by CIA officers with sexual abuse and attacks on their families. In one case, in an attempt to force a suspect to provide information, the CIA even imprisoned a family member who was intellectually challenged.

The report shows how the CIA’s torture program failed—and even backfired. None other than former CIA director John Brennan admitted as much, saying, “The use of coercive methods has a strong prospect for resulting in false information.” The report illustrated that point with a description of how waterboarding Khalid Sheikh Mohammed got him to confirm false intelligence about a black Muslim al-Qaeda operative in Montana who did not exist.

Meanwhile, a chief at one of the CIA’s “black sites”—the covert overseas prisons where some detainees were kept—hired inexperienced or incompetent officers to administer the torture. According to the report, their incompetence resulted in “the production of mediocre … useless intelligence.”

Brennan also said that the agency had not concluded that torture “allowed [the CIA] to obtain useful information from detainees” and went on to explain that “effective, noncoercive methods are available to elicit such information, methods that do not have a counterproductive impact on our national security and on our international standing.”

In 2015, after the report laid bare the failures of the torture program, 78 senators, including a majority from each party, voted to approve legislation to permanently end the CIA torture program. (While President Obama signed an executive order banning torture, closing the CIA’s secret prisons on his second day in office, a future president could have rescinded that order.) The legislation bars torture by requiring that CIA interrogations follow the guidelines in the Army Field Manual on Human Intelligence Collector Operations. It also requires that the International Committee of the Red Cross be informed of, and given access to, all detainees.

The National Religious Campaign Against Torture has helped achieve these results by educating members of America’s diverse faith communities about CIA torture. We did this simply by presenting people with the facts about the program’s brutality, through videos, adult educational guides, group prayer sessions, bulletin inserts, and petitions.

Frankly, the torture report and earlier investigations, photos, and descriptions of torture made the case for us. And the truth really can open people’s eyes: at one point, over 300 congregations around the country hung banners outside their places of worship which condemned torture as immoral.

Despite our progress, however, we still have a long way to go. Not only do some high-level policymakers continue to support torture; some members of our faith communities continue to do so, too. To achieve our goal of a country united in opposition to torture, we must continue to equip faith communities, and those outside faith communities, with the evidence and arguments they need to convince their friends, neighbors, and fellow parishioners that torture is always wrong.