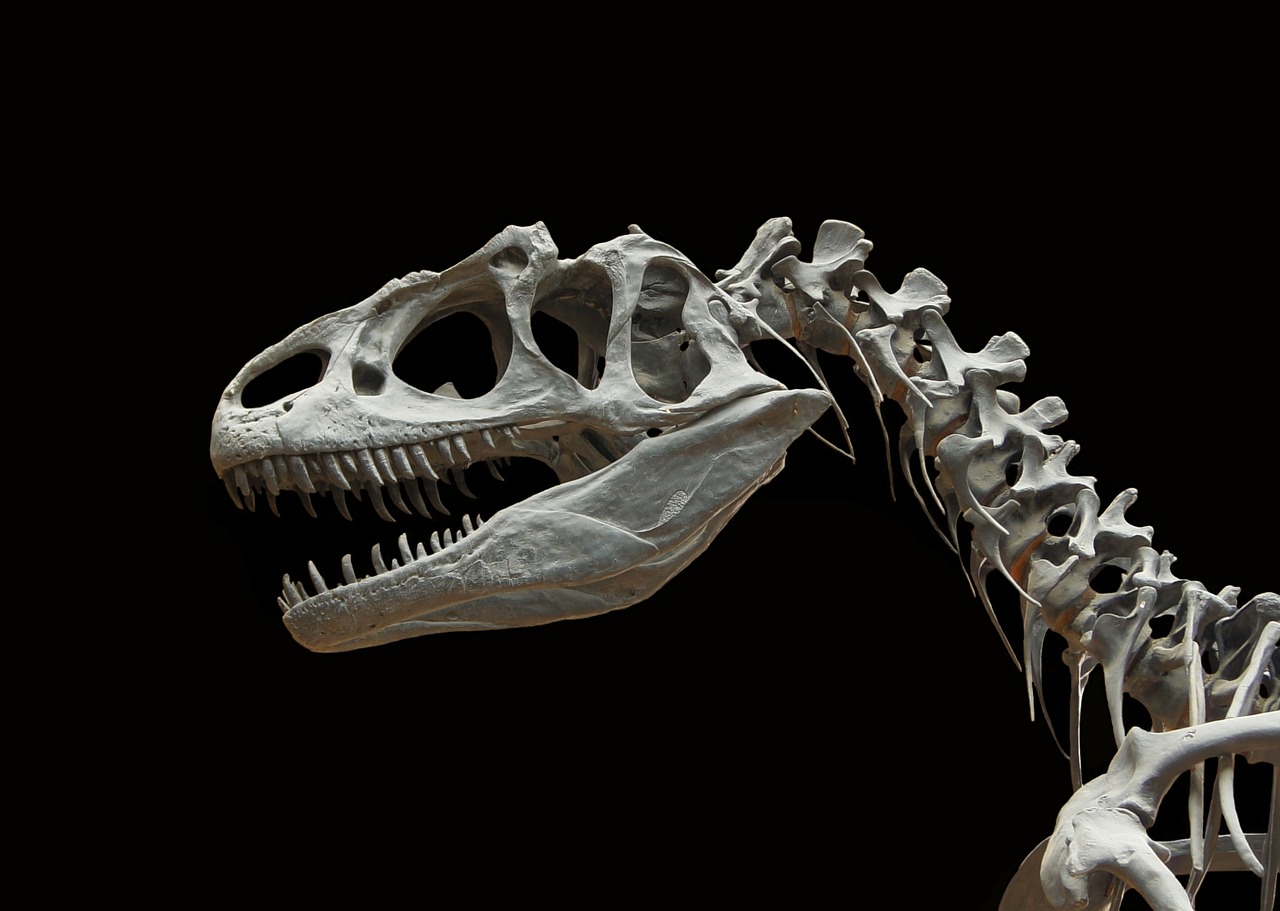 Back in September, Museum of Modern Art curator Roxana Marcoci invited me to speak on a panel, “A.D. Coleman: Photography Criticism and the Theory of Images.” A lifelong admirer of Mr. Coleman’s work, and one of the few to have written about him personally, I naturally said yes. The object of the game was to read through a chosen corpus of his works and give a short presentation on the theme, with questions to follow up on with the man himself. I chose to treat his essay “Dinosaur Bones: The End (and Ends) of Photo Criticism” and in particular his pessimism about the state of things.

The full two-hour panel is up online at MoMA’s website and features Bill Kouwenhoven, independent photography critic, curator and essayist; Sarah Meister, MoMA Curator; and Alison Nordström, independent scholar, curator of photographs, and Museum Associate with the Peabody Museum at Harvard University.  I chime in around 1:37:15, if you’re excited to skip to that part and see me dazzle the crowd. I was the token hick among the literati, and I offer you the original version of my hickoid thoughts in full knowledge of that fact.

As I look around, it occurs to me I am the only one of the panel here who is neither a well-respected photographer nor a curator nor a scholar of photography. My background is in science — chemistry, specifically — and later computational linguistics and comparative history of ideas. Also, unlike the others, I neither live nor work on the much-ballyhooed East Coast.

In short, I am the token hick tonight, and worse than a hick I am a “generalist” and “cultural journalist,” and given the repeated dismissals of such people in various lectures and interviews, I can only assume that I was invited here as an act of noblesse oblige, to represent the naive and the laity — a role that I accept not because I have to, but rather because, like Prince Auda Abu Tayi in Lawrence of Arabia, “It is my pleasure.”

At the Hotshoe Gallery back in 2011, Mr. Coleman delivered a lecture entitled “Dinosaur Bones” in which he opined that photography critics were relics of an old era, presumably the Mesozoic. The very same week he was delivering that lecture in London, here in the States the Kennedy Center’s Michael Kaiser was writing an op-ed in Huffington Post called “The Death of Criticism, or Everyone is a Critic.” Mr. Kaiser’s piece lamented the blurring line between professional and amateur critics, describing it as “a scary trend.” Mr. Coleman’s speech lamented that the specialist critic in mainstream media was giving way to “cultural journalism” written by generalists. Despite minor differences, however, both pieces agreed on the exact same problem: critics vetted by mainstream publications were losing their employment and their power. They were, in a word, dinosaurs, caught in something like the Cretaceous-Paleogene extinction, with the big bad Internet standing in for the Chicxulub impactor.

Now I’m not so sure I’d ever describe critics as dinosaurs. Most I’ve known are bottom-feeders, like trilobites. If they qualify as dinosaurs at all, then it can only be one of the toothless varieties — an ornithomimosaur, perhaps, or a Limusaurus. But if we’re going to ride the vehicle of this metaphor all the way, we need to dispel a myth.

The dinosaurs did not die out. They evolved. Today we call them birds.

You see, people who think that dinosaurs died out operate under the assumption that all dinosaurs were necessarily big, powerful, ponderous land-dwellers. In fact the ones who were best suited to the new world were neither big, nor powerful, nor land-dwellers. Those early birds got the message the land-lubbing, slow-brained reptiles did not: Change or die.

As with the dinosaurs so with the arts critics. Critics, too, need to change. Critics need to question their fundamental assumptions about their identity and necessity, including what is necessary to sustain them.

The great thing about Mr. Coleman’s writing is one can read a catalog of such assumptions stated explicitly at one point or another. Several of them are in “Dinosaur Bones.” More still are in his essay on “The Destruction Business.” Some examples:

There are dozens of other such axioms among critics — and among the public — that, sound or unsound, deserve to be questioned.  Much has already been said about the changing environment around critic-dinosaurs and its role in their downfall. Not nearly enough has been said about the traits of the dinosaurs themselves. Critic-dinosaurs evolved within an environment with specific traits that allowed them to grow into what they are now. If criticism is to evolve, the reptilian critics of today need to get away from the current pollution to take an honest overview of where and how they can live. Those evolutionary traits which helped them adapt to that environment are precisely what dooms them now as the environment changes. Some of those traits include:

Whatever the evolution of these critical traits, they made the journalistic critic well-suited to prosper in the 20th Century. They also make the critic unlikely to survive through the 21st. A complete survey of those adaptive traits does not yet exist, possibly because living specimens object to their own dissection. But it needs to be done, if only to remind future citizens that, like a volcano that boils away water but creates land, technology giveth and technology taketh away.

And just as the future fossils’ traits are ill-suited to the changing environment, there are traits among the dinosaurs now that will help them adapt and survive. Furthermore there are already other creatures whose adaptive traits have kept them in fear of the dinosaurs but now, in the new world, make them perfectly suited to take over for the old critics.

What critic-creatures will dominate the new era? I don’t know. Neither does anyone here. Who knew that tiny mammals would take over from the dinosaurs, growing to the size of blue whales and woolly mammoths and dominate both land and sea? If, however, I may speculate with a tinge of hopefulness, there are some traits I believe will help those new species.

And again, several of these traits appear in Mr. Coleman’s work, particularly in his excellent book Critical Focus, where he seems to take a hint from Diderot and return to creating lucid impressions of work rather than seeking to dismiss the obviously bad. And for that reason undoubtedly it is the book of his I most enjoy — a far cry from a fate of dinosaur bones.

As is the case with dinosaurs, no one knows what the evolution of critics will bring. What is certain is that the clues are already present. Taking from Robert Adams, I’d like to evoke an image of an ideal photographic journal presumably assembled by a group of critics:

It is assembled in somebody’s garage in the Midwest. It is a magazine devoted to successful work because that is all that we have time for. It is a journal noted for its tact and lucidity, and it is full of pictures because they are the point. We might just take our cue from Man Ray’s friends and title it Good News…. In fact we may note editorially that our attention to good news is evidence of our pessimism, our belief that good news is rare and that we cannot afford to overlook any of it.

Adams thought this journal would probably be on microfiche. I prefer to think it will be on the Internet, or Internet 3.0, if you will.

And so as I look at the next stage of evolution, I believe criticism will not be the destruction business at all. I understand the appeal of destruction, of course, and even its occasional necessity. I’ve certainly done my share of dismantlings. Yet, speaking not as a cultural journalist but rather as a reader, I’ve had more than enough destruction and deconstruction already. I want some good news.

Therefore I like to think the critics of the future who evolve away from our presently confused form will be not in the destruction business but rather in the reconstruction business. Not in the sense of New England carpetbaggers raiding the coffers of the rest of the country, but as an honest effort of community in tandem to rebuild a broken language of discourse and restore a hundred and eighty years of broken promises in the world of lens culture. And as Mr. Coleman once quoted from P. Adams Sitney, “Criticism is a disposition of the soul at moments” — thus the number of souls involved in such work should be far greater than currently fashionable among the doomsayers.

Concluding my branching paleontological metaphors, I have only this to add. Sometimes what looks like an extinction is actually a renaissance. And as my old professor Leroy Searle used to tell us, the problem of being in a renaissance is that you never know it is a renaissance till it is over.