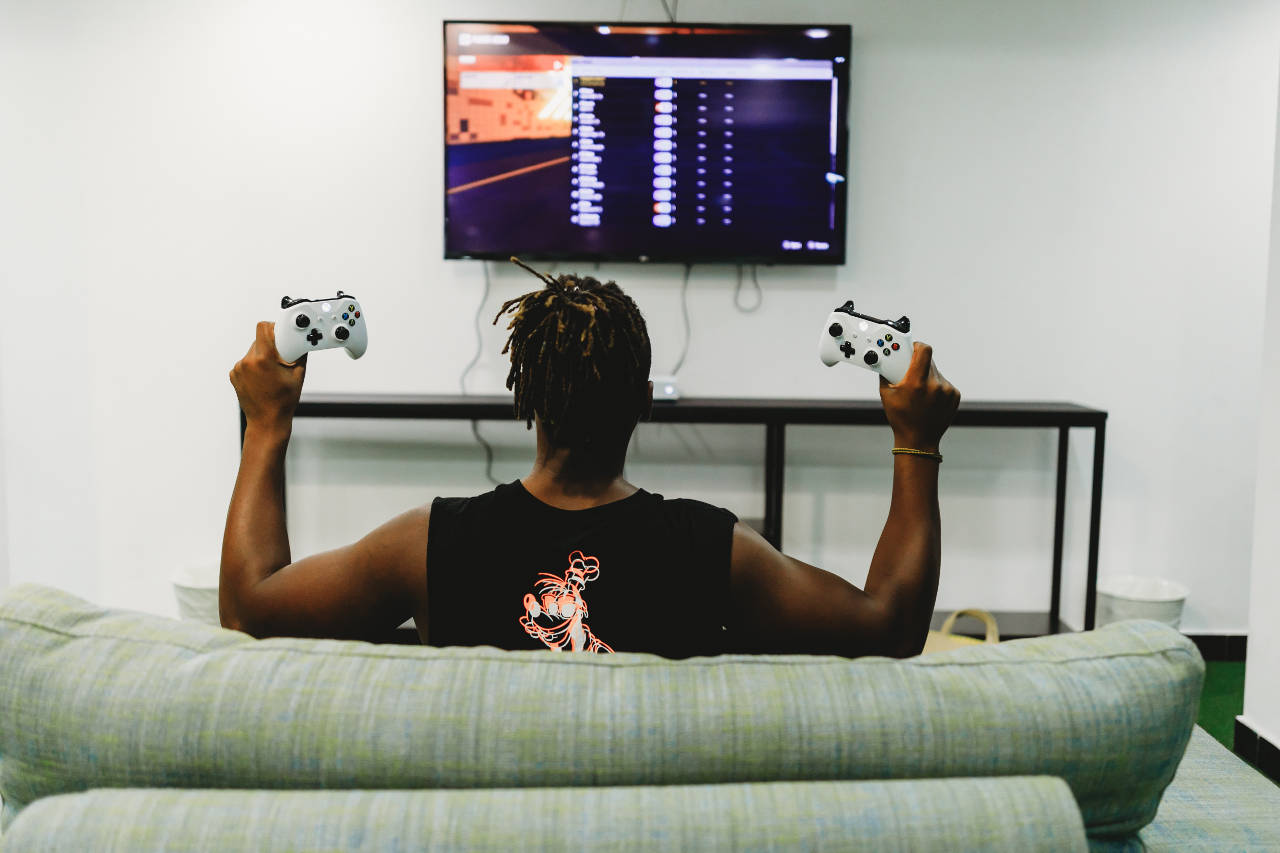 Anyone can play video games, right?

If you’ve been following recent buzz in the gaming industry, you might be under the impression that video games are more accessible than they’ve ever been. Popular talking points include how video game audiences are increasingly large and diverse.

This perception is due, in large part (as games researcher Jesper Juul identifies), to the rise of more user-friendly interfaces that bypass many of the roadblocks associated with controller “literacy”. (For example, knowing that if you want your avatar to jump further you need to hold the jump button down rather than just press it.)

It’s true that more people are now able to play games without such a high degree of prior gaming knowledge – thanks to haptic play on mobile devices and natural interfaces on videogame consoles, such as those displayed by the recent Nintendo Switch or Sony’s PlaystationVR. These control schemes are more intuitive, and far less reliant on players accumulating controller literacy.

But despite the celebratory discourse around gaming’s increased accessibility, serious efforts to make gaming accessible to people living with disability remain rare.

The videogame industry needs to improve in this area. And that depends on changing the assumptions made at a design level about who plays video games.

We know that people with disabilities play videogames – and make money by livestreaming their play as well as competing in e-sports tournaments.

AbleGamers is an organisation that advocates for disabled gamers, and it estimates there to be around 33 million gamers with disabilities in the United States alone.

But recent media reports suggest that people living with a disability face barriers to entry formed by inaccessible technologies.

All video games – from those played on a PlayStation 4 to an Oculus Rift – are technologies of the body. We scan movements on the screen with our eyes, grip controllers with our hands, rapidly tap buttons with our fingers, and so on.

But the assumption that everyone who plays video games has a body that functions in the same way can be exclusionary for gamers living with a disability.

The current state of play

One aspect of Ablegamers work involves evaluating video games from a disability perspective.

For example, its evaluation of the Nintendo Switch points out some usability issues for disabled players. Its report addresses the Switch controller’s inability to reprogram buttons – a function necessary for those unable to use the traditional configuration.

It also addresses an inability to change screen font sizes, a potential issue for players with visual impairments. These issues underline how the Switch’s design is based on normative assumptions about the bodies that will use it.

Aside from the hardware, there can also be usability issues within games themselves. A number of games released in 2018 exemplify a lack of accessibility.

For example, the recent Spyro Reignited Trilogy for current generation consoles did not feature subtitles. Subtitles are a necessity for deaf players, and an option in many contemporary games.

Another of the year’s most hotly anticipated releases, Pokemon: Let’s GO, featured motion-based controls for capturing Pokemon. As one of the main game play features, this has created a number of accessibility issues for players with physical disabilities unable to perform the requisite gesture.

In both of these instances, and indeed in many more, considerations of disability have been sidelined, and players with disabilities potentially excluded from play.

How is this being redressed?

There have been some recent advances by game developers which seek to increase accessibility.

This year Microsoft has released its “Adaptive Controller” for the Xbox One, which is designed to redress accessibility issues present with the Xbox One’s standard controller. As the controller’s advertising copy reads:

For the most part, though, players are still incredibly reliant on third-party developers to create specialised devices, which can be costly. For example, one device used by a quadriplegic Dota 2 streamer costs $449. This creates potential economic barriers for players with disabilities.

As researchers David Wästerfors and Kristofer Hansson point out, players with disabilities are also creating their own specialised controllers.

But shouldn’t the onus be on game developers to make gaming accessible?

Redressing a tendency to marginalise disability in games requires much more awareness of disability at a design level.

“Game engines” – the tools used for the creation of video games – are already encouraging accessibility. Epic Games’s Unreal Engine 4 is a good case in point. This engine allows game developers to see what their game would look like with various forms of colour blindness, enabling them to more diligently incorporate disability into game design.

We need to see more of this in the industry.

In 2018, video games are culturally significant, and central to the lives of many. It’s crucial that, within the context of broader conversations about gaming and exclusion, we take issues of disability and accessibility in gaming seriously.

The stakes of being excluded will only increase, as videogames become more central in our everyday lives.

This article is republished from The Conversation under a Creative Commons Attribution-NoDerivatives license.