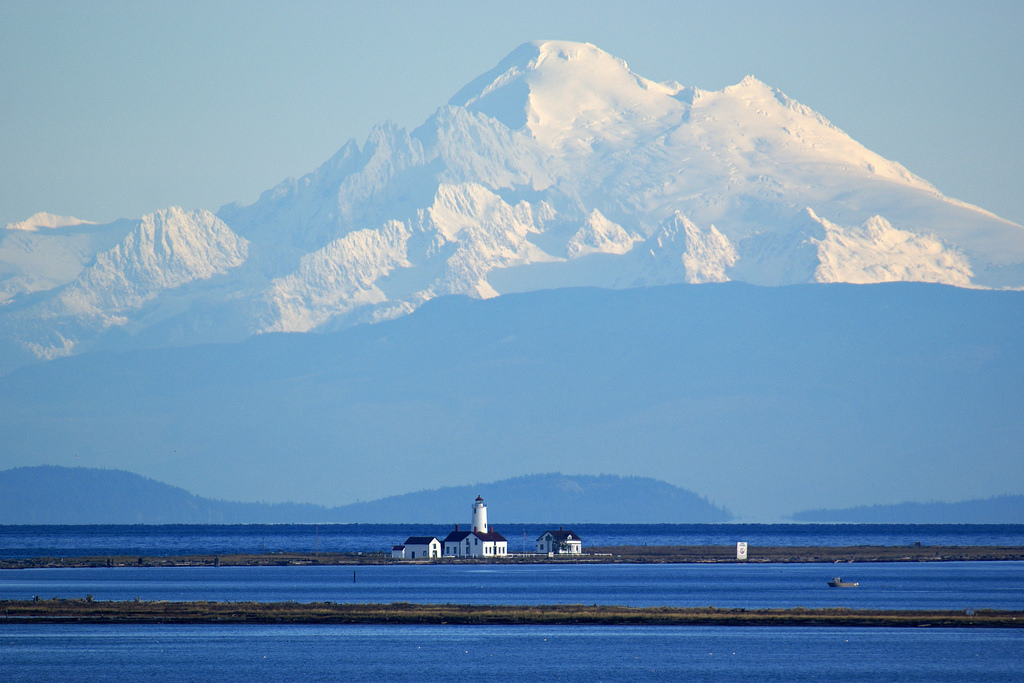 For thousands of years, people of the Lummi Nation in Washington state have treasured their deep connection to the orca pods that populate the waters of the Salish Sea. It’s a bond just as familiar to British Columbia’s Tsleil-Waututh Nation, and other coastal Salish communities whose way of life has depended deeply on both the water and the land.

The groups say they fear that proposed construction of a new port terminal in British Columbia’s Roberts Bank delta, just a stone’s throw from the U.S. border, will endanger their qwe ‘lhol mechen — relations below the waves — possibly to the point of driving the orcas to extinction.

At the heart of their call is a plea for a moratorium to be introduced on “any additional potential stressors, including marine vessel traffic and associated development, to the Salish Sea” — a sea they described as “bleeding,” during a press conference Jan. 30.

The Center for Whale Research, which monitors the Southern Resident Killer Whales, can now only account for 74 orcas spread across three pods in the area; two of the whales, which rely heavily on salmon for the majority of their diet, are expected to die this year.

The EPA has considered the species in decline since 2011, owing to “the continued decline of Chinook salmon, and the noted appearance of emaciation among members of the local pods.”

Sockeye salmon, which make up a significant part of the whales’ diet, are also in decline.

An environmental impact statement filed by the Vancouver Fraser Port Authority in March 2015 noted that “due to their Endangered status and lack of recovery of the population, southern resident killer whales are assumed to be already significantly adversely affected; therefore, cumulative effects to southern resident killer whales are expected to remain significant.”

For the indigenous communities who consider themselves stewards of an essentially borderless and increasingly fragile ecosystem, that’s enough of a reason to mount this fight. The Lummi Nation are no strangers to this; in May 2016, a proposed coal port at Cherry Point in Washington state was called off when the U.S. Army Corps of Engineers agreed that its construction would infringe upon their treaty-protected fishing rights.

Rueben George of the Tsleil-Waututh Nation, who took part in this week’s press conference, spoke of his horror at declining orca and salmon numbers.

“That to me is the canary in the mines. The animals are going … it’s happening, and it’s not going to be too long before it’s affecting all of us,” he said.

Ellie Kinley of the Lummi Nation, who works as a commercial fisher, said the Salish Sea “has been giving us signals” for some time.

“It started with herring … in 1997 we stopped fishing herring,” she said. “It’s taken until now, affecting killer whales, for people to start listening. There was the mother [orca] this summer who swam with her dead baby for 17 days, and I think finally the world saw what is happening to our Salish Sea,” she said. “I only hope that it hasn’t gone too far, that we’re not past the tipping point.”

Kurt Russo of the Lummi Nation Sovereignty and Treaty Protection Office told Mongabay that the group wrote to the Roberts Bank Terminal 2 Project Review Panel in October to outline their concerns, and that a response acknowledging receipt of the letter was the extent of the dialogue to date.

But Shelley Rolland-Poruks, a communications adviser for the Canadian Environmental Assessment Agency, said Jan. 30 that the letter sent to the Lummi Nation in November 2018 encouraged the group “to communicate its views to the Review Panel and provide relevant information about the potential effects of the Project.”

Russo said he and the people of the Salish coast would like the proposal to undergo a cumulative assessment so that the combined impact of ports and other projects, such as Canada’s Trans Mountain Pipeline, can be taken into consideration.

He quoted a letter written by Paul Spong, founder of the OrcaLab, a research facility in the Blackfish Strait.

“Without question, it would impact the fate of critically engaged southern resident orca and may well be final shove that drives them to extinction,” Spong wrote. “Extinction. It’s one of the ugliest words in our language. Think about it — gone forever.”

In a Feb. 1 email, Karen Fish, a communications advisor with the CEAA, said all environmental impact assessment are “grounded in science and traditional knowledge,” and that the Lummi Nation’s concerns are being taken into consideration on “the potential economic, social, heritage and health effects of the project, including cumulative effects.”

“The Lummi Nation is participating in the environmental assessment and has provided information to the Review Panel for consideration.,” Ms Fish wrote. “Information collected will be considered by the Panel in the preparation of its report that will be submitted to the Minister of Environment and Climate Change for decision.”