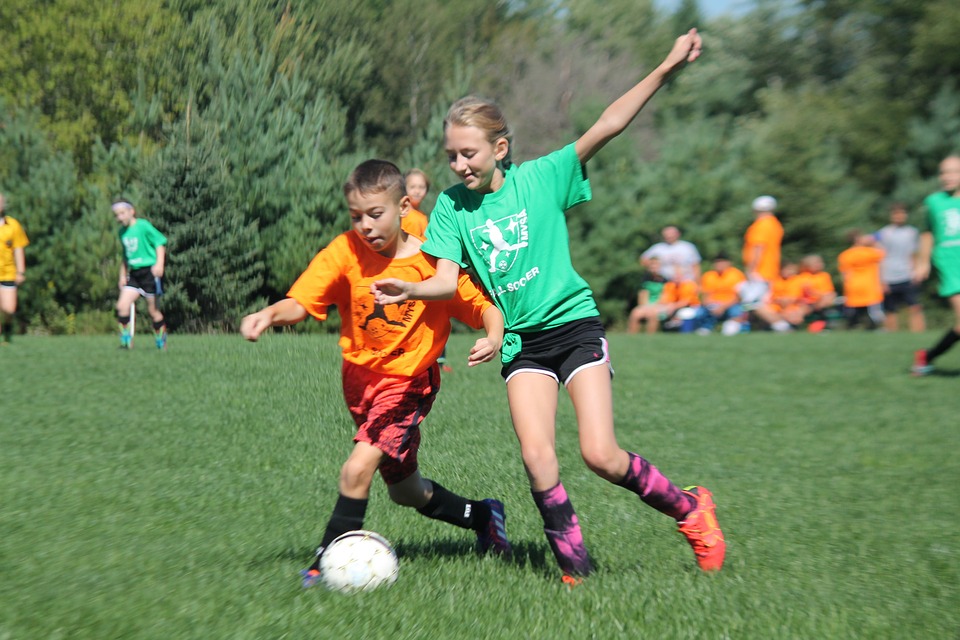 Recently CBC presented a three-part series entitled “Shattered Trust: Sexual offences in amateur sport.” The investigation revealed that at least 222 coaches have been convicted of sexual offences against more than 600 victims under the age of 18 in the past 20 years.

Kirsty Duncan, the federal minister of science and sport, expressed “heartbreak and anger” and has promised to make sport safer.

She pledged additional measures beyond earlier steps last year to make national sporting funding contingent on organizations having mandatory training and reporting mechanisms, among other rules.

If we truly want to address the issue of coach abuse of young athletes, we need to look critically and realistically at the different risks young people face in different sporting contexts.

In amateur sports, I believe two things are needed: support for parents in educating their children about the grooming techniques of predatory coaches, and a simple and expedient independent reporting mechanism.

On the heels of public awareness of abuse perpetrated by convicted sex offender and former junior hockey coach Graham James, a federal advisory panel was convened in early 2000 to address concerns.

After a working group released its report, criminal record checks have been required every four years in order for coach certification through the Coaching Association of Canada to be current. An educational component about making ethical decisions was also added to the association’s certification program.

Coaching certification doesn’t always happen in grassroots amateur sport. However, a rigorous screening process for coaches working with minors came into place, including criminal record checks and what’s known as a “vulnerable sector check” that verifies if a person has a pardon for sexual offences.

Additional programs were also developed, including the Responsible Coaching Movement, True Sport and Respect in Sport. In Manitoba, the provincial government has partnered with Sport Manitoba to run the latter program to help coaches, parents and bystanders identify and deal with abuse, neglect, harassment and bullying in sport.

Yet other suggestions were never taken up. For example, in 2008, kinesiology and physical education researchers Gretchen A. Kerr and Ashley E. Stirling recommended a federal government agency should provide broad information for parents and organizations, as well as “mechanisms for reporting, processes of investigation and standardized consequences.”

I agree with many physical education researchers that it’s important for governments to provide protection for athletes with human, material and financial resources.

But through my professional and academic coaching experience, and as a parent in athletic communities, it’s clear to me some of the directions we are taking with education are wrong.

Additional education isn’t going to prevent predators from preying on children. It may simply provide them with knowledge to circumvent screening.

My doctoral research analyzed how professional career coaches made ethical decisions in an attempt to develop a model for moral reasoning. I didn’t look specifically at sexual abuse, but I interviewed seven high-level coaches who discussed a range of power and boundary issues they were familiar with.

Through this, and also based on anecdotal evidence from conversations with some victims, I believe sexual predators know what they’re doing is wrong.

For the tiny percentage who may actually not see their actions as harmful, a brief online course won’t change their misguided perception.

I also teach sport ethics at the University of Winnipeg. Even addressing boundaries at what seems to be the most basic level requires people talking to each other. This is difficult stuff to talk about.

It could be the case that more intensive education like this might prevent particular forms of exploitation and inappropriate behaviour — for example, by challenging understandings of power, sexual consent or sexual harassment.

But successful coaching requires intimate knowledge about a person in order to prescribe training and elicit a peak performance. Predators in any profession can inappropriately exploit this knowledge and groom potential victims.

Requiring all parent volunteer coaches to follow online training I think is redundant and adds unnecessary cost and time to decent coaches.

Where education could be particularly helpful is with supporting parents in educating their children about the dangers of predatory coaches.

The problem with police checks

Additional screening is also sometimes floated as a route to safer sport.

But there are several problems with police checks. Most obviously, this measure does nothing to prevent people from coaching with the intent or risk of abusing children who have no records. People with criminal records don’t get into coaching.

In 2012, Alix Krahn (now a coach at York University) and I wrote an article for Coach Plan, a newsletter of the Coaching Association of Canada, questioning the value of police record checks for coaches. We asked what more could be done if that money was spent elsewhere to improve safety.

By requiring police checks, we also exclude people with convictions for crimes such as tax evasion that don’t put children at risk or impact coaching ability. Police record checks only indicate a criminal record, not the reason for the criminal conviction.

The solution is better-informed parents and athletes and a clear, open, expedient and supportive reporting structure.

Kim Shore, a gymnastic parent and Gymnastics Canada director at large, discussed with CBC the importance and the difficulty discussing sexual abuse in sport with her 11-year-old daughter in an effort to ensure early intervention should anything occur.

But resources for parents are in short supply.

In search of swift political action, we should not obscure the different contexts of sport. Being alone in a hotel with a coach at an Olympic event is a far cry from little league baseball where parents supervise everything.

Further research is needed to understand the particular and exact cases where abusers have wreaked harm in sport and in individual lives to ensure the solutions we propose will be genuinely helpful.