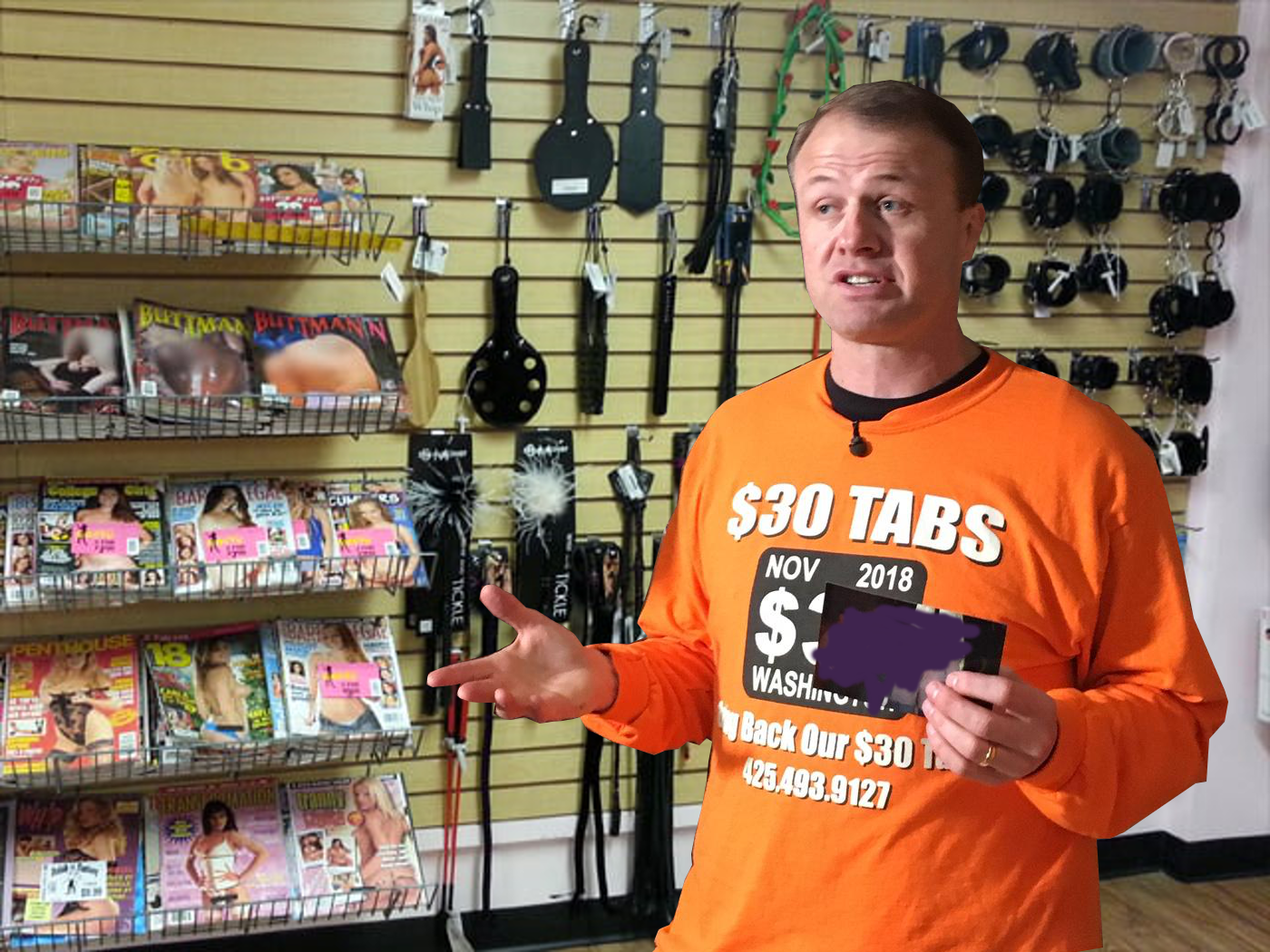 Tim Eyman, right wing activist and car tab fetishist, has been banned from entering the premises at the First Avenue Fantasy Unltd, located directly across from Pike Place Market. The 53-year-old Eyman was caught attempting to use wooden slugs while interacting with one of the employees working at the coin-operated booths located inside the adult entertainment establishment.

“We’re surprised anyone would try to scam our coin-op machines,” explains Eddie Adams, the manager at Fantasy Unltd. “[…]We only have [them] to give our loyal customers an easy way to remain anonymous; otherwise they could use the credit card option inside the booth, or get cash money at the ATM [on the premises].”

The incident comes right on the heels of Eyman being caught trying to steal an office chair from the Office Depot in Lacey, WA.

“We wouldn’t even have known about it,” Adams further stated. “We became aware of the situation because [Eyman] complained to the clerk that the slug was stuck in the machine and could we get it back to him.”

At time of printing, Eyman has not responded to requests for comments regarding the accusation.