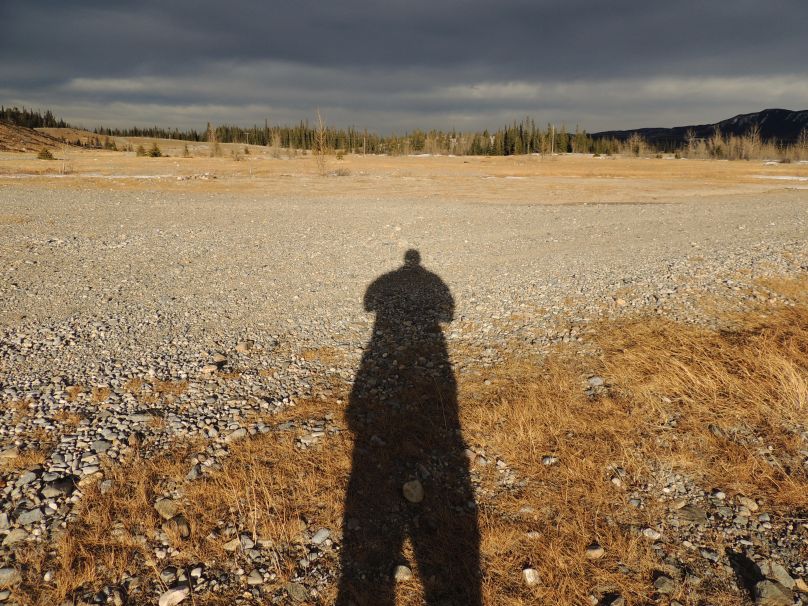 How do you tell whether a photograph is meant to be a “document” or “art”?

While writers like Robert Flynn Johnson, Sarah Greenough, and others are busy trying to bring anonymous amateur photographs into the fold of art history, others have taken a different approach. Vermont’s History Posse, for instance, is a loose group of amateur historians who seek out interesting old photographs at auctions and stores. They then try to identify the people and places in those photographs so that they can return the photograph to the descendants of the subject.

The joy of most anonymous photographs is that they bend toward both these purposes easily. But what about the photographs that don’t?

Here is a case in point.

I’ve treated a photograph of a castle before that fit neatly into my other discussions of anonymous photographs. It was clearly amateur. It was taken as a document. It was, as it stood, clearly not suitable for publication in a magazine or hanging print in a gallery.

I detest the intentional fallacy, so I would never suggest that the people who photographed the other anonymous pictures in my personal collection did not “intend” to make “art.” There is no way to prove they did not. What I can surmise, however, about this photograph in front of me now is that someone, probably the photographer, thought that it was more important than most photographs and therefore deserving of a more elaborate treatment.

One can see this is a large square photograph. There are no markings on the verso. The recto holds all the information there is. Most probably the photograph comes from a medium format camera and color film. That fact alone marks it as exceptional. By the time color photography filtered down to medium format film, most amateurs had stopped using medium format cameras. 35mm had all but taken over.

I assume therefore that this picture was taken by at least a very serious hobbyist. I assume also that it was important enough to blow up to 12″ x 12″ — a rather large and expensive print indeed.

In my youth, Kodak was processing a billion images a year on film. At a guess, I doubt that more than 1 in 1000 were ever enlarged. I suspect the ratio is even lower. The numbers being inexact but conservative, an enlarged photo marks a special event — especially one this large.

I have two other similar prints, probably from the same photographer. Each of them presents a different view of the temple. Both those prints, too, are 12″ x 12″. The photographer probably thought them significant as well. This one is in daylight and snow. The others are at dusk, one in rain, one with clear sky. The seasons may be different, but it is hard to tell.

This print, then, has at least a few markers that call out to the viewer: I am art. It is not the normal kind of photograph that gets curated into posh museum exhibits as “The Art of the American Snapshot” or into books like Now Is Then: Snapshots from the Maresca Collection, or indeed into private collections like the Maresca Collection or Thomas Walther.

The nominal subject matter is probably the Himeji Castle in the background. Himeji Castle is a World Heritage Site. It is extremely famous. But as it is a gentle off-white color here, and its dark rooftops are largely covered with snow, it appears fairly low contrast compared to the foreground where the branches are nearly black and the snow is white. The castle is also not particularly sharp, though some of this certainly has to do with the still-falling snow. It is also relatively small in absolute size here, barely larger than the tree in the middle ground.

On the other hand, it is nicely framed by the out of focus tree branches in the foreground. It also offers an interesting contrast of shapes and lines: man-made triangles and lines compare with the jagged fractals of nature. Square pictures are difficult to make feel dynamic, but the photographer here uses the diagonal of the pathway, the chaotic lines of the tree branches, and a slight obliqueness to the lines of the castle itself to bring liveliness to the static subject matter.

The plane of focus here is odd. It seems to be in the middle ground. This strikes me as an odd choice. The only things in critical focus are two or three shrubs, a single tree, and some odd branches on the right of the frame. The palace in the background is not in the plane of focus here. Also curious is that the focus itself is fairly shallow. Why? In snow like this, there should be ample light to stop the aperture down to at least f/16 fairly easily. Perhaps the lens itself has a soft focus, or the viewfinder is inaccurate.

The color is virtually monochromatic. Everything has a slightly cold blue tinge to it (I have not color corrected the photograph) despite the fact everyone knows snow to be white. This soft blue is, however, typical of the color palette in Japanese woodblock prints, which the picture evokes.

The whole picture is one of still time. Had the technology been available this photograph could have been taken anytime from the castle’s final expansion in 1618. The only narrowing down I could make is that it must have been sometime before 2015, because the roof of the castle is still grey; it was restored to its original white color that year. On that point, the picture also probably dates before 2010 when the renovation began, since there are no visible signs of construction, but then again it is snowing, so it may be off-season for the contractors.

Getting back to the opening question, one may realize the problem with the categories of “art” and “document.” Anonymous photographs that served as family documents or personal diary have turned into art for fashionable museum curators. Certainly it’s possible to treat even the most banal of photographs as art objects. But they were not art to their creators.

In The Aesthetic Experience, anthropologist Jacques Maquet makes a distinction between art that was created specifically to be a visual experience — for instance, a painting by Picasso — and that which was created as utility, or ritual, or other instrumental function — a Dahomey mask, or a chalice used in Roman Catholic Mass. He calls these “art by destination” and “art by metamorphosis.” Art by metamorphosis only becomes “art” when removed from its functional context. Art by destination was created to be beheld.

The aesthetic mode is, as Maquet says, “when we just look at the object as a whole, without analyzing it, and without associating with it memories and projects, thoughts and feelings, gossip and erudition.” As he concludes, a viewer in the mode of aesthetic experience pays attention to “what is visible and only what is visible.”

This mode of aesthetic experience is not closed to any visual or auditory phenomenon. (Or gustatory or tactile or olfactory or magnetic or vomeronasal or nociceptic or….) But very few anonymous photographs ever receive this treatment from a viewer. Instead they serve as prompts. Initially for their makers, later for a bunch of art snobs and their projections, gossip and erudition. In one sense, this is a truly rare photograph. It is truly rare to find an anonymous photograph that calls loudly to a viewer, “I am an object to behold in and of myself.”

Lately I’ve been mulling over why that is. And I think I’ve stumbled on an answer. But I will save it for the next column.