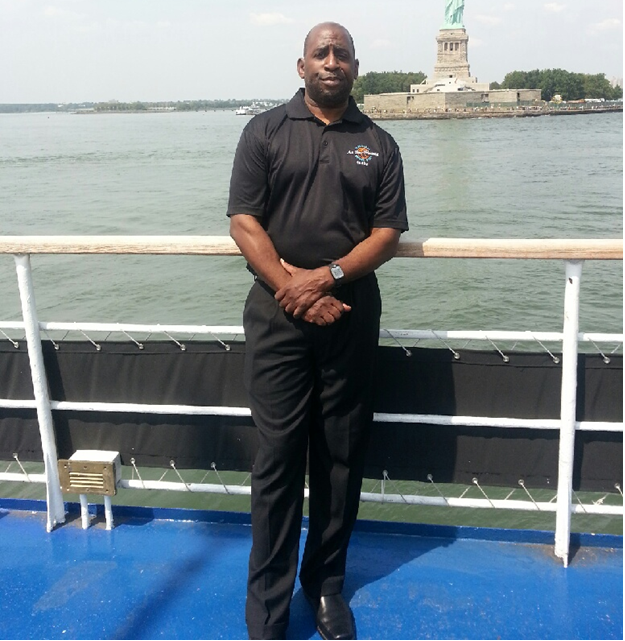 After the murder of George Floyd on national television, my phone rang off the hook for several days. My WASP friends, my Latino friends, and even my Asian Pacific Islander friends all reached out to me in this terrible time of violence under quarantine. All of them wanted to talk.

I wound up in several online conversations and meetings about what was going on. Asked to tell all of my friends and many strangers about my experience of being African American, and in particular, my relationship with the police, I regaled them with numerous stories. Some of them shocking, some of them sad, some of them downright weird, some of them quotidian — none of them pleasant.

Oddly, the story that most stunned my audiences was something that I considered banal: “The Talk.”

African American parents don’t give their kids the keys to the car and tell them to have fun and be home by midnight. We cannot. Every parent of an African American male who is of age to drive a car has to first give their son “The Talk” — an awkward, painful, matter-of-fact discussion about how to deal with being stopped by the police. It goes like this:

As I told people this in the matter-of-fact way I once told my son, jaws dropped. Silence fell. The first response to break the stillness was always the same: “Are you serious?”

“Serious as cancer. Ask any other Black person in the room. Do you all have to give your sons ‘The Talk’?”

Every single Black person would say “Yeah, of course.” Occasionally they’d be equally incredulous in return and ask the audience, “You mean you don’t?”

My friends say this is depressing. My reply is that we cannot afford to be depressed.

After the 2016 murder of Philando Castile in suburban St. Paul, Minnesota, activists everywhere poured forth with their condemnations of police and their handling of interactions with African American drivers. Unusually the officer who shot Mr. Castile was charged. Optimistically people believed that he would be convicted and that this would be sufficient.

That conviction did not come.

It’s easy to complain about this world. It’s more difficult to commit to changing it.

My brother Bob lives in the Twin Cities. After the Castile murder, he could not sit still. He called me that week and we had a long discussion about the state of affairs, when he said to me, “I think I have an idea. The police, the drivers — everyone just wants to get home safe. We need to make it easier, for both the drivers and the police. Home safe. That’s what we all want.”

And so was born the idea for the 119 HomeSafe wallet, which is now available through Kickstarter.

The wallet has four separate pockets that fold out to reveal the simple acronym LIVE: License, Insurance, Vehicle registration, and Everything else. The wallet then attaches to your car’s visor so that you never have to reach for anything.

As Bob says, “I felt compelled to prevent issues and injury by providing a convenient way for drivers to display all necessary information without reaching into their glovebox. Thus this gave rise to the innovation of the 119HomeSafe wallet.”

It’s simple and elegant. The band on the wallet wraps completely around the visor so there is no chance of anything falling out. Even if your visor is wonky, the wallet won’t fall and neither will its contents.

Most importantly, it makes a healthy, easy, and smooth relationship between driver and officer much easier. All the driver’s information is immediately available for easy access once the officer demands it. This makes it much more likely to ensure a straightforward, non-threatening interchange so that everybody gets home safe.

I asked my brother why he chose Kickstarter when he could easily afford to produce the wallet himself.

“It’s about community, and word-of-mouth,” he told me. “If people buy in on Kickstarter, they have a personal investment in making sure that it happens, and then they will tell others about it. It grows naturally as people talk to each other. That way the whole community values it.”

Brother Bob also has future plans for making things easier for officers and communities, but for now, mum’s the word.

The 119 HomeSafe Wallet is by no means a complete solution. It does not fix problems with officer training, accountability, and flat-out prejudice. Nor does it make drivers magically give police officers their much desired “compliance.” But it does make it far easier to make rough, sloppy, and potentially dangerous interactions into clearly understandable routine. That alone may save numerous lives, both black and blue.