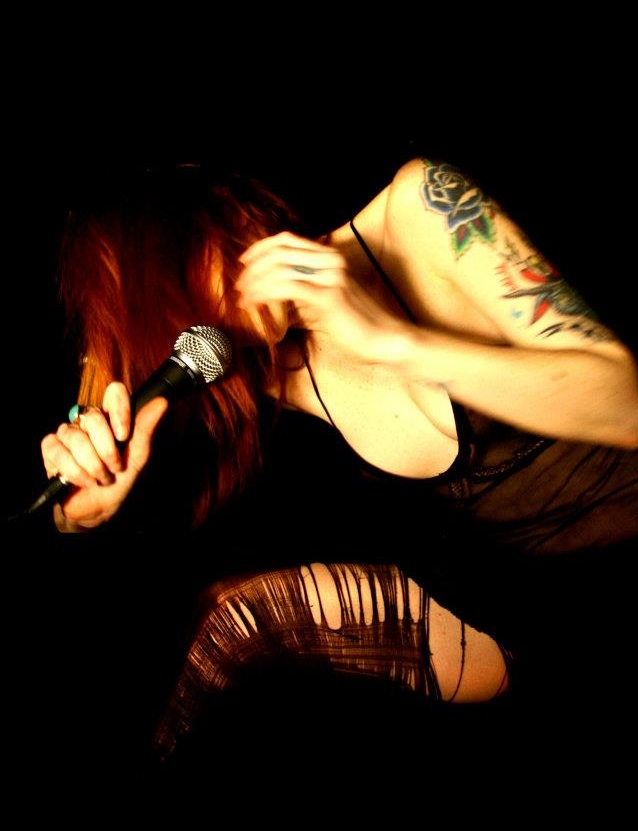 Superego. (Id.)
—
(Hit play. It is a marimba driving the song while a steel drum takes the spotlight.

The marimba is a percussive instrument of Guatemalan origin that most people associate with lounge/exotica/tropicalia artists like Esquivel and Martin Denny. A marimba is used in the song “Under My Thumb” by The Rolling Stones.)

—
For a “theater reviewer”, the challenge in discussing productions like “Awesome”‘s West and Erin Jorgensen’s The French Project (or Laurie Anderson’s United States: Live or Tom Waits’ The Black Rider or–) lays in the fact that Meaning, the quality that helps us discern the how/why/what (the DNA) of a production is on about, is so enmeshed in the final production presented that one could get lost searching for it. (It’s like serving a paella to someone who doesn’t like it when their food touches and then asking them to isolate the choriso from the rest.)

This kneejerk search for Meaning, or DNA tracking, is rendered pompous and futile (most emphatically) with musical productions like West and Erin Jorgensen’s Redemption, her collaboration with Steve Fisk that is playing at On The Boards through Saturday. One is supposed to let the atmospherics wash over you, not try to actively decipher what is going on and why; any Meaning you garner from it comes after the fact. (If watching these productions were akin to listening to an album, Meaning would come cumulatively, after repeated exposure — listening to it over and over and over again — if at all.)

Your correspondent surrendered that impulse while walking into the fog-filled performance space and rendered into a subconscious state by the low drone that accompanied the fog before the lights came up.

(On some of the press materials released leading up to the production, Jorgensen was compared to Laurie Anderson, which isn’t misleading as Anderson is definitely on the map to finding Jorgensen. But it’s not United States: Live Anderson that’s being referred to, it’s Strange Angels Anderson, the one that was interested in melodic exploration, rather than thematic. In fact, Jorgensen could be found between those two extremes, but leaning toward the latter.

Other names that are on the map are Patti Smith, PJ Harvey and Siouxsie Sioux, among others, but those are shamanistic artists. As my theatergoing companion put it, Jorgensen is more of a primitavist. She is more concerned with the building blocks of emotion and meaning, the sinew of it, than attempting to conjure and expunge them.)

The production leaves little choice but to give in to the atmospherics, which go a long way toward evoking our narrator’s psyche, a place where her wants and desires have equal say in the proceedings. If we break this down to Freudian/Jungian terms, and further theorize that the audience represents the narrator’s Ego — the part of a person that the world sees — then Jorgensen splits her time being the narrator’s Superego, the part of a person that holds aspirations and desires. She also spends some time as the Id, but that irrational, rampant, cynical and emotional part of the narrator springs up in numerous ways.

Ach, but here we return to the pointlessness of attempting to parse through the proceedings when it is a thing to be experienced. The production does not enumerate the things I describe, rather it simply thrusts us into this realm. Director Lane Czaplinski has coordinated the production elements to accentuate the subjectivity; while Richard Bresnahan’s set design is simple on the surface (curtains, a microphone, Jorgensen’s marimba sitting stage left) this simplicity greatly aids in arriving at the expressionism Jorgensen’s material calls for. Much of the play takes place in the near dark and shadows, so that when light arrives it has that much more of an impact. The light becomes a character in this manner, at one point becoming the white heat to Jorgensen’s burning heart during a climactic song.

The sound design is the other, more instrumental production element at play here, and to the extent that it falls outside Fisk’s influence, many plaudits must be heaped upon Julian Martlew. Martlew gets to use the muscle he flexed during OtB’s production of Temporary Distortion’s Newyorkland in ways that insinuate the music further into the audience’s instinctual nodes. Combined with the work from Jorgensen and Fisk, Martlew makes one wish that headphones were an optional enhancement for those who wish to immerse themselves into the soundscape.

(The best way to encapsulate the work of Steve Fisk is to simply have you listen to it:

Who needs more than that?)

Which leaves us with the work of our two collaborators. Steve Fisk has lent his skills at crafting unique and moody soundscapes for over two decades now. (One could argue that as much as there is a “Northwest Sound”, especially as it applies to hip hop, Fisk has influenced modern producers in the same way Kraftwerk influenced early-80s DJs in Harlem.) Here, Fisk enhances rather than distracts from the proceedings (or Fisk is Fisk without being overtly Fisk), he steps out of the way rarely calling attention to his contributions. The reverb and loops serve to further establish the suggestive and impressionistic aspects of Jorgensen’s text. The great care taken to craft this is evident in every second of sound emanating from the stage.

For her part, Jorgensen’s work is stunning. Jorgensen has taken great pains in painting a character who is yearning for a kind of fulfillment. The character searches high (delving into religion, philosophy and self-inspirational routes) and low (via Craigslist ads and the wish for simple human, flesh-on-flesh gratification); still struggling to identify the elusive element she feels is missing. At one point, she ruminates on the image of the Burning Heart made ubiquitous in Catholic imagery, describing the white heat that emanates from the sacred entity and wonders what it is that fuels the heat.

This search for fulfillment, for the redemption of the title, is universal, and instead of leading the audience directly to it, Jorgensen’s tale concerns itself with the journey. The misleading landmarks that one could get wrapped up in while attempting to achieve enlightenment as well as the incriminations we impose on ourselves during that journey are rendered completely without judgment. Who among us has never uttered the request at the center of “Prayer for losers?”

Your correspondent expected many things from this evening, but what he did not expect was the overwhelming fugue-state with which he left the building; rendered mute (for the most part) by the cumulative effect of experience. It is regretful that the opportunity to revisit the work will have to be missed. Give yourself the pleasure of acquiring that regret for yourself, and start demanding that the album resulting from this production is released soon. Until then, here is one final taste of what’s happening at OtB.