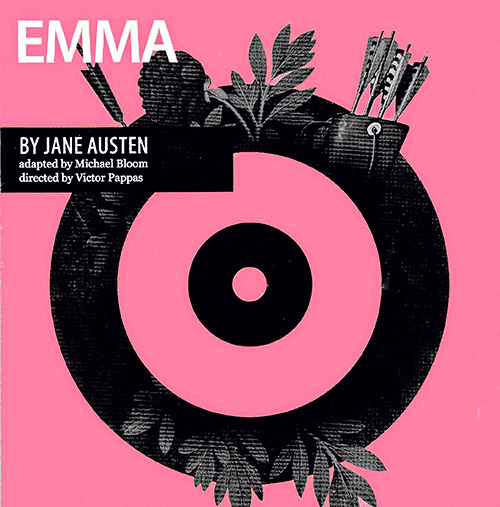 [/media-credit]There are in Seattle today two general schools of thought when staging classic plays—by which I mean anything written before 1905 or so: the School of Diffident Respect and the School of the Bright Idea. The School of Diffident Respect grudgingly retains all the external trappings of the play, no matter how inadequate their resources or how ignorant of the play’s substance they are. The play will “speak for itself,” they preach, unaware that nowhere in recorded history have savages like us ever heard a paper tome mouth its own words.

By contrast, the School of the Bright Idea believes that any aspect of a text or its context is completely dispensable because after all they didn’t write it and their opinion no matter how fundamentally baseless and no matter how alien to the original it be, well, it’s really all that matters because it’s all about them anyway, didn’t you know? Everything is meant to be “updated” and “adapted” which is theater argot for “disemboweled” and “flayed alive.”

The main issue of contention arises somewhere between the two extreme viewpoints: how to remain true to the spirit and the meaning of the original piece while still building a connection to the audience. This is not easy. How much more difficult, then, when the actual source material is not even a play but a novel from the Romantic period.

Jane Austen’s novel Emma has proven strong enough over the past two hundred years to connect with many different audiences. It has also proven flexible enough to withstand the separate approaches of faithful rendition and tangential adaptation. It has withstood starchy costume drama versions such as the BBC miniseries, a ghastly modern-dress musical entry, the Hollywood treatment in Clueless, and a rather eccentric Bollywood version translated as Aisha.

The University of Washington’s production steers more toward the School of Diffident Respect’s style of faithful adaptation. Unlike Taproot Theatre’s Tartuffe, where all pretense of European accent was dropped in favor of a neutral “stage English,” this Emma offered the students a chance to practice their toff accents and to move about in late Georgian period dress. I perhaps make it sound more trivial than it is. It is not. It is actually a rather delicate affair to perform it correctly. Jane Austen’s appeal is not her intellect—she is far from a thinker—but rather her eye for subtle details of manner and her ear for dialogue. Her dialogue is not French répartie, or American one-liners, but rather a distinct type of chit-chat from a lost time. Any attempt to produce her work lives and dies by the ability to evoke this atmosphere.

Fortunately this is Sarah Loveland’s element. She is one of the few actors I have ever seen who appear more comfortable in period costumes than modern dress and so makes an excellent Emma Woodhouse, “handsome, clever, and rich, with a comfortable home and happy disposition” and most definitely seems “to unite some of the best blessings of existence,” as Ms. Austen says. She is virtually ideal for the role, as she is beautiful and elegant, more than able to play the infuriating combination of boredom, hyperactivity, shiftlessness, pretension and simultaneously irresistible charm that makes Emma Woodhouse such a durable character in British literature.

She has a fine foil in Scott Ward Abernethy’s Mr. Knightley. Mr. Abernethy plays the slowburn of his character deftly and his chemistry with Ms. Loveland makes both of them more sympathetic than they normally would appear on the page. The supporting cast aids them quite well in this, honoring the restraint within the text and acting with economy. It is a tribute to Victor Pappas’ direction, certainly, but also a tribute to the way this class of actors have grown as they’ve worked with each other over the past couple years.

I am especially impressed with Maura Tang’s ability to establish so much of her character without saying a word but simply by listening properly to those around her. Her voice has become truly flexible and lovely to hear over the years I have been watching her perform. Monique Robinson, too, made her very difficult role as Harriet seem natural and unaffected. Christian Telesmar and Matt Giampietro make me wish they were onstage more often. Phil Kruse continues to light up every stage with his vitality and wit, while Robert Bergin proves that he can play subtly and supportively even when all eyes are on others. Messrs. Kruse and Bergin both have an unparalleled gift of keeping the flow of attention on stage moving and share it so naturally that it seems what happens on stage could not possibly have been any other way. It is remarkable for such young actors and extremely refreshing.

If I’ve any complaint with the production, it would be that it is all a bit too genteel and lacks a certain ambition. Part of this stems from Michael Bloom’s adaptation, which is considerably more “nice” than Michael Fry’s earlier adaptation, with Bloom’s version concentrating as it does on psychology more than sociology. Still, many things in it are played quite safe and well within the comfort zones of the talented actors. That is probably fine for a student production when the purpose is pedagogical, but one should always be on the alert against complacency and insouciance—exactly the traits one should not pass on to student actors. Regardless, Emma is a pleasant production and a good showcase for the many talented actors in this crop.

Through Feb 26 // Jones Playhouse at the University of Washington // Tickets $10-17, available from the UW ticket office