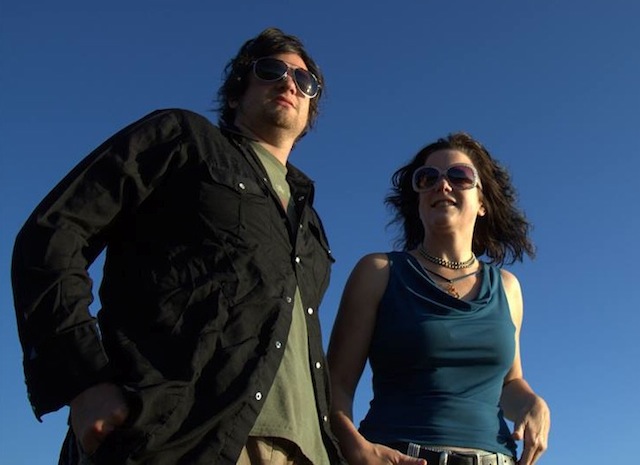 Meet Peggy Gannon and Brandon Ryan, together they are the driving force behind MAP Theater (formerly Man Alone Productions). MAP is one of a growing number of Seattle theater companies that operate without a permanent brick-and-mortar home. In the ongoing shortage of rentable traditional venues in Seattle’s downtown corridor for theater companies to produce in, this is an endeavor that’s becoming more difficult to achieve. Just three years ago, there were as many as eight rentable spaces on Capitol Hill (nine if you expand the Hill to include Rebar) — that number will soon be down to six. While the loss of two spaces seems negligible, the impact of that loss becomes more apparent when one considers that, with the exception of Hugo House, each of those spaces is tethered to its own theater company with its own production schedule.

What this means for “gypsy” companies like MAP is simply that they have to be very judicious about what projects they get to produce and how they go about doing it. The story around their latest production, Carter W. Lewis’ Soft Click of a Switch, which opens this Friday at the West of Lenin, is somewhat indicative of the process for many companies, filled with lofty ideals, high expectations and pitfalls aplenty. As part of their dedication to “to the openness and transparency of the creative process,” as posited in their mission statement, Gannon and Ryan asked the Star to follow their progress and write about it as Soft Click made its way to opening night. In the spring of 2012.

For those noticing that it is now almost eighteen months later, it should be pointed out that at the time they approached us, things were progressing nicely for them. But we get a little ahead of ourselves.

Initially, MAP was simply a means for Ryan to produce plays he was interested in. “It started as many do: I was tired of waiting for certain roles to pop up,” Ryan recalls. “It started from a selfish actor’s place in wanting to be able to work on certain things, but it became bigger in scope. It became bigger when I realized that there are more elements to the whole production process. It became about the work and what I wanted to share with an audience.” It was strictly a one-man operation at the beginning, so the name Man Alone Productions seemed to fit. With this goal in mind, Ryan set about finding a script and a team with which to bring that script to life.

That play ended up being Vincent Delaney’s 3 Screams, which explored the lives of an artist-cum-art-thief flustered and fixated on Edward Munch’s The Scream, the thief’s wife and their son. “I had the script for a few years, but it didn’t seem to resonate until I picked it up again randomly,” Ryan recalls. “Which happened to coincide with my meeting of Peggy.” The production was an artistic success, and ended up being award nominated for its production elements.

Among the many notable things about the production, MAP’s approach to the evening, which could be described as holistic, stood out. Along with the traditional comprehensive notes in the program, and the scheduling of talk back sessions with experts and members of the cast and production team, MAP commissioned visual artists to create pieces inspired by Munch’s work; the submitted works were prominently displayed in the lobby of Theater Off Jackson. As noted in your correspondent’s review of the production, the end result was a play that talks about art and its impact surrounded by art that was inspired by the work the play is talking about. A nifty and engaging enterprise.

Following this success, Ryan and Gannon (who was in the midst of taking a break from theatrical endeavors at the time she met Ryan) decided to join forces; but instead of diving headlong into the next production, as is the typical company’s wont, they took their time in choosing their next play. They filled their time and war-chest by producing one night events like trivia and game nights, which Ryan began doing as a means to raise funds for MAP productions. Events like Jenga Night became really popular with the theater scene, and the Trivia Nights — each centering around a pop culture phenomenon like Back to the Future, Community and Arrested Development — became popular with trivia enthusiasts outside of the theater community, moving from small houses like Theater Schmeater to regularly selling out the Central Cinema in the process.

By the beginning of 2012, they had decided on a play to produce: Soft Click of a Switch, an intimate two-character play about a couple of disaffected men who resort to petty acts of terrorism in their search for…something. [To learn more about the play, you may want to listen to MAP’s podcast discussing the work, which could be found here. –ed.] Ryan would take on one of the parts, while Gannon decided to direct, and so they held a round of auditions to find the actor for the other role. They found their man in Mark Fullerton, someone who could believably fit the role of mentor to someone like Ryan. As a local director, actor and writer, as well as a co-founder of Seattle Public Theater, and being instrumental in a large number of Seattle theatrical institutions, Fullerton brought a ton of experience and talent to the table.

And then he became injured for reasons still unknown to him. He became unable to move without pain. After several rounds of going to medical professionals holding their first rehearsal with Fullerton laying on his back for the majority of it, Gannon and Ryan had to decide what to do with the production. They could say goodbye to Fullerton, go through a quick re-casting process, and proceed to the scheduled opening, or they could postpone. They chose to postpone.

“It just seemed like unnecessary stress,” Gannon said, “plus what would rushing through all of those decisions at the last minute do to the production? Besides, Mark was too perfect for Earl.”

“Once we considered all of that,” Ryan adds, “the decision [to postpone] was easy.”

Fortunately, boom! Theater, the rental venue they were going to perform in, was understanding and allowed them to reschedule the production to the beginning on 2013. The company then went about waiting, holding more fundraising trivia nights, while Fullerton fully recuperated. Then the next shoe dropped: just as they were about to begin rehearsals again, MAP received a phone call informing them that boom! was losing their space and couldn’t host MAP’s production anymore.

By this time, Gannon and Ryan were accustomed to setbacks, and after getting their funds back from boom! and making sure Fullerton would wait, they began the process of searching for another venue, again deciding not to rush into any foolish decisions. Eventually, they saw a notice announcing an impending deadline for applications at Fremont’s West of Lenin, filled out the necessary paperwork and took a chance on being accepted.

For once, things went their way. “Less than a month later, we found out we got the space,” Gannon said. “It wasn’t what we were initially planning…with the boom! space we were kind of looking forward to being in their funky little space with our weird and uncomfortable little play. West of Lenin is a bigger space, with a more traditional layout — we had to change our entire approach.

“But we couldn’t be more excited, it’s a great space, AJ Epstein [West of Lenin’s proprietor] is enthusiastic, and we’re happy we stuck with this cast. I may have been annoyed and flustered by all of the delays, but this is the way it was meant to work out.”

In the next installment, the MAP team finally begins rehearsals in earnest.

Soft Click of a Switch opens on Friday, September 13 and performs runs through September 28 with an Industry Night on Monday September 23; Thursday through Saturday at 8:00p.m. // West of Lenin, 203 North 36th Street // All performances are PWYC, available through Brown Paper Tickets