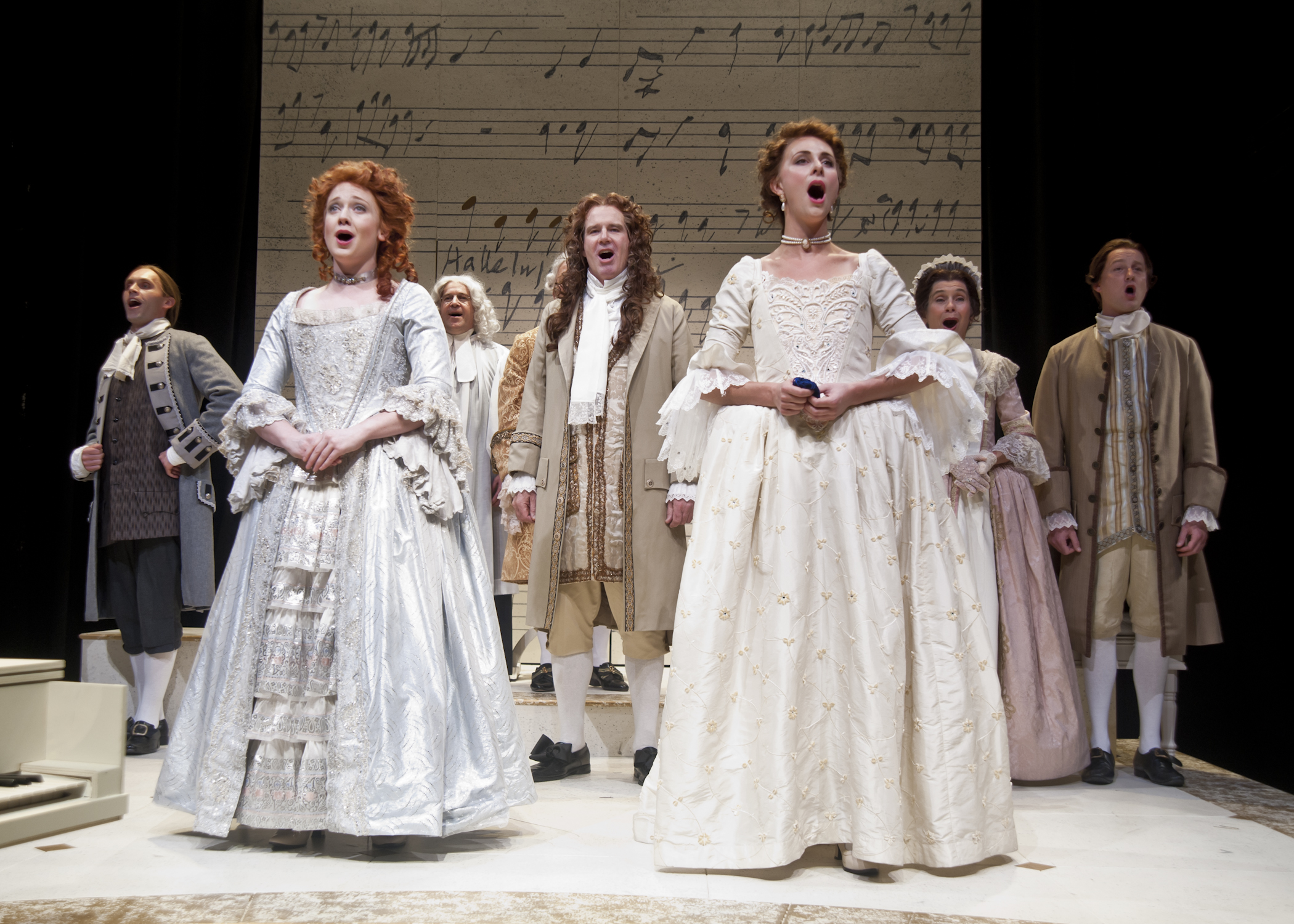 I have been attending Taproot productions for a couple decades now. Over that time I’ve seen them go from being a sometimes-rough-but-always-ready group of inspired people trying to establish a place for their own kind of theater to being an institution.

In that long transition, Scott Nolte and his company rather hit on a successful formula for a standard season: a little music, a little religion, a little classic education; a lot of comedy, a lot of sugar-coating, and a lot of raw emotion. This formula has ensured their success as an institution, on one hand, and I could hardly choose better stewards for that vision of theater than Scott and Pam Nolte and associate director Karen Lund. On the other hand, it has often prevented deep exploration of the topics closest to their hearts: moral humanism, ethical dilemma, and spiritual sacrament. Every one of their productions I’ve seen in the past three years has shown a very peculiar type of friction between these two things, the “winning formula” and the desire to go deeper.

Joyful Noise is in many ways a perfect choice of a play for the group. It has music, classics, and religion — the definition of the Taproot wheelhouse. And the cast! How could one do better than Jim Gall as Händel? Are there lovelier voices than Allison Standley’s? Is there a more sparkling personality on stage than Molli Corcoran’s? Is there a better straight man for classical theater than Chris Shea, or a more delightful hammy matron than Pam Nolte? I think not. And with his droll, deadpan approach, and his gift for wresting comedy out of the merest of situations, Scott Nolte’s skills match the piece perfectly. The evening is a perfectly pleasant night at the theater.

I don’t go to Taproot to see religion on stage as a primary goal. However, I also know that it is the only place in Seattle where I can do so. Or at least I should be able to do so. The Noltes and Ms. Lund have, I think, decided that the best way to get people to think deeply about such matters of the spirit is to make them laugh and sing. I do not disagree with them — this is the “sugar-coating” at which they excel. As a firm believer in David Miller’s idea in Gods and Games that religion is at its core deeply playful, I understand the appeal. What I wish is that more people would actually play.

I do not mean play as a romper room activity. I mean play in the deep sense, and this play is as serious as it is comic. But playing seriously seems to make Taproot balk. Serious is not somber. Serious is serious. Händel’s work is, of course, deeply religious but even in his operas there is a touch of lightness and grace. It is this kind of play that is missing from the stage. Instead of a play about faith being restored — faith in music, faith in people, faith in faith itself — Joyful Noise is just a play, nothing too serious to scare off the timid, nothing too intellectual to frighten the dull — when it could easily be all of these things and still not lose its comic moments.

Some of this is the director’s own handiwork, but I think the problem is deeper. Taproot has a particular difficulty in playing seriously about religion, not because they are Christian but because they are American. American plays about religion since the 1960s are dominated by moral simplicity and intellectual thinness. American playwrights seem almost embarrassed to deal with religion on stage at all, preferring to talk about religious institutions more than the quandaries of faith. Plays about institutional religion are more famous than plays about actual belief, but they are even more limited, and often reduce easily to middle-class psychodrama. When American playwrights do treat belief and religion directly, they cannot seem to resist the urge to make everything nice and tidy.

The ending of a Joyful Noise is an object lesson in this kind of playwriting. Tim Slover treats the first London performance of The Messiah as a deus ex machina that magically, musically dissolves all the conflicts built within the play. For this to work to my ears, either the production must rain down on me the finest performance of Messiah that I have ever heard in my life, or this dramatic moment has to be something else: a peripeteia, or at the very least a beginning and not a happy ending. Instead it seems tacked on, an unconvincing voice not from the whirlwind but rather a Dust Devil.

There are many such instances of this kind of triumphalism in plays that nominally treat religion. I’ve leveled similar complaints about The Book of Job, The Beams Are Creaking, and A Bright New Boise, among others. I understand of course that the Christian faith is built on such triumph: everything returns to Easter. But where there is Easter, there must also be Lent including Spy Wednesday, Maundy Thursday, and Good Friday. The darkness of these days is almost completely missing from the religious stage (with rare exceptions like Heidi Schreck’s Creature). It’s all very much part of a larger refusal of our society to treat theater as anything other than a jolly good night out for aging patrons. I am not against aging patrons (I am one). I am not against jolly good nights. I am also not against cotton candy but it makes for a lethal diet. At some point, one has to feast on substantial material. Instead, our theaters are filled with postprandials, lightly tossed off pieces about the things that are most dire in contemporary life.

Beneath all this is a foregone conclusion: namely, that only the devout would be interested in religious plays, and therefore all plays on the subject are mere pedagogy. This is not true. I am myself a dedicated agnostic, yet I hunger for discussions about spiritual matters and morality. In this modern world, matters of ethos are the most important discussions of all. If morality, ethics and spirituality do not matter today, then nothing does. But I won’t have them delivered to me as glib, facile, thoughtless puffs.

Joyful Noise is far from a bad play. It is a perfectly average one. This is its problem. Plays about subject matter that people do not wish to discuss — and I think religion is such a subject for contemporary America — have to be better than average to have any chance at all of establishing themselves. This is not all on Taproot. They work with what they have, and they do well enough at it. But I hold out hope that somewhere out there is a group of dedicated playwrights all conspiring together to unleash deeper works about religion upon an unsuspecting America. Tragedies. Comedies. Tragicomedies. Satires. Pantos. With such an immense topic spanning vast history and geography, they will be able to generate dozens of brilliant works about myth, faith, belief, and the spiritual life.

I wait for those plays. I wait for the day when people stop thinking that such plays belong at Intiman or ACT or the Rep and start thinking they belong everywhere, including Taproot. Because they do.