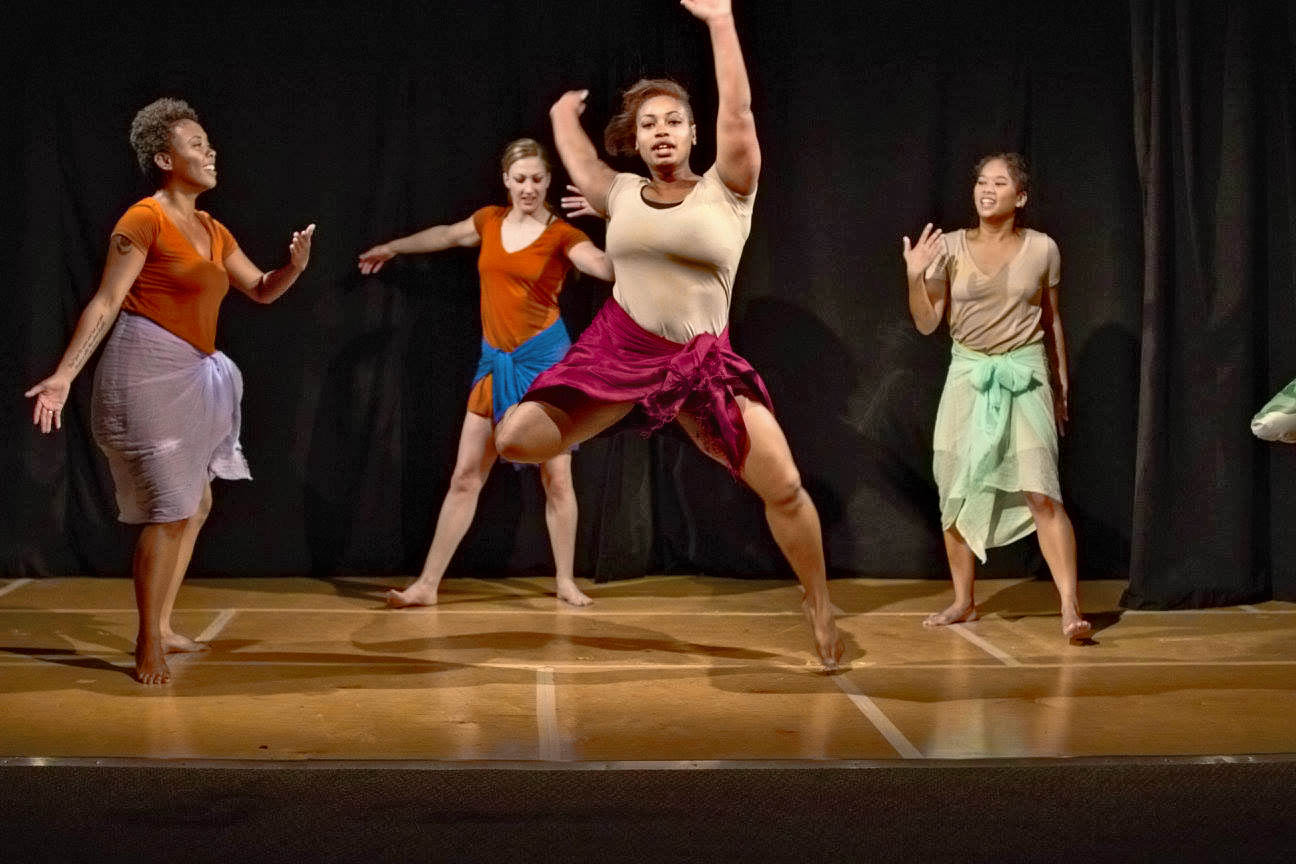 “Why don’t you tell me a story?”
“Please tell me a story too!”
“You know, I think I’ll tell you the story of…my life!”
“You tell me!”
“I wanna hear it too!”
“Well, I was born in Adams, North Dakota…a long time ago, see. And now, I’m lucky enough to be here with you.”
“Yeah, but what happens in between?”
“Yeah, what else happened?”
“Well, it went pretty much like this…”

One of my constant complaints about performing arts in Seattle is that it takes itself too lightly. Laughter is cheap. People at plays laugh at everything irrespective of its actual meaning, a discussion I have had with several visiting theater artists. Yet there is apparently a prohibition about laughing at the actual follies of the world and, by extension, the art world itself.

What is true of theater is true in dance. In Seattle dance there is so much hyper-serious tone to performances, even if their essence happens to be inane or even downright ridiculous. The last time I truly laughed during a dance performance was at Sapience’s Converge Festival, and not surprisingly the choreographer was Jody Kuehner. Comedy seems to be restricted to the niche of burlesque and drag. Satire has gone completely begging.

One of the beauties of Noelle Price’s latest work, An Ode to Marlin, is that it brings back satire. Framed as a retelling of Finding Nemo only without Nemo or a neurotic companion or water (there is a shark at least), Ms. Price’s work is really a personal work about travelling to a strange city — Seattle — and examining her identity as a creative artist.

The first of the work’s eight sections begins as an ensemble dance that looks both backward and forward, with two lines of bodies interweaving, one facing away from the audience, one facing toward. Within the structure, smaller partnerships begin to form as the lines change to forward-facing queues. Toward the end, the other four dancers coalesce and break away from Ms. Price as the piece ends. It’s a pretty piece, but it’s really a setup for the storytelling.

After this opening, Ms. Price starts to speak to the audience, to thank them for coming, as though it were the end of the show. Instead she asks the audience if they want to hear a story and the audience, in a fairly rigged vote, naturally votes yes.

She then begins to tell her own story of how she first learned to dance in Detroit and then came to Seattle only to be confused at how different it was. The piece starts with her formative influences — an African Fungha dance and a sensitive modernist style piece — then relocates to Seattle, where the pieces become, errr…different. There is a performance art piece in which the dancers “embody” feline forms in all due seriousness, and a feminist section called I AM which ends with the dancers taking off their clothing.

It’s glib. It’s also hilarious, and accurate. Ms. Price’s analysis of the post-show interactions between members of the dance community is observably true after almost any dance show in Seattle, which is precisely why it is one of the funniest things I’ve ever seen on a local stage. Not being fully indoctrinated to Seattle’s dance culture, Ms. Price’s outsider view of it is hilarious and refreshing, especially to a fellow outsider like myself.

After exploring her confusion with the audience and a beautiful solo dance, Ms. Price recalls a piece of advice she hears about the difference between her home in Detroit and Seattle.

This leads into the closing section of the show: a mirror dance and then a rather athletic piece about joy and release, featuring our hero of the evening again, the inflatable shark.

Now, I’m a Seattle boy, so what is weird to me is a bit different from what is weird to a city gal from Detroit. Ms. Price’s dance certainly does not strike me as weird. But the advice Ms. Price received is sage. Seattle is not Detroit. Nor is it New York, or Chicago, or San Francisco, or Portland. It is Seattle, and Seattle concerns are unique. The eclecticism in our arts that surprised Ms. Price when she arrived here is one of our distinct tropes. Artists who come here often ask, “What can I do in Seattle?” What can be done in Seattle is: almost everything. So if you can do it and it interests you, then have at thee. There will always be companions for the journey, and Ms. Price here is ably assisted by Leah Jones, Racine Allena, Maggie Hotchkiss and Kelli Carnes. They respond nicely to her travail, and ease the path of embracing the weird.

This, in short, is the lesson Ms. Price learns throughout the evening. It seems weird, of course, if one is used to a culture of more strict categories and firmer class structures. It isn’t. It’s just what is. Seattle is happy to accept whatever one throws at it, so thrown down at will.

Ms. Price’s piece is, in fact, just such a bit of “weirdness” that takes place only in the more remote spaces of Seattle. I suspect she would confess that she couldn’t have done this piece back in Detroit. The meaning would be different, if it were possible at all. Instead it is a happy union of her not-yet-jaded sensibility and the city in which she has chosen to work.

I hope such unions continue. Seattle needs them, perhaps even more than Ms. Price herself.