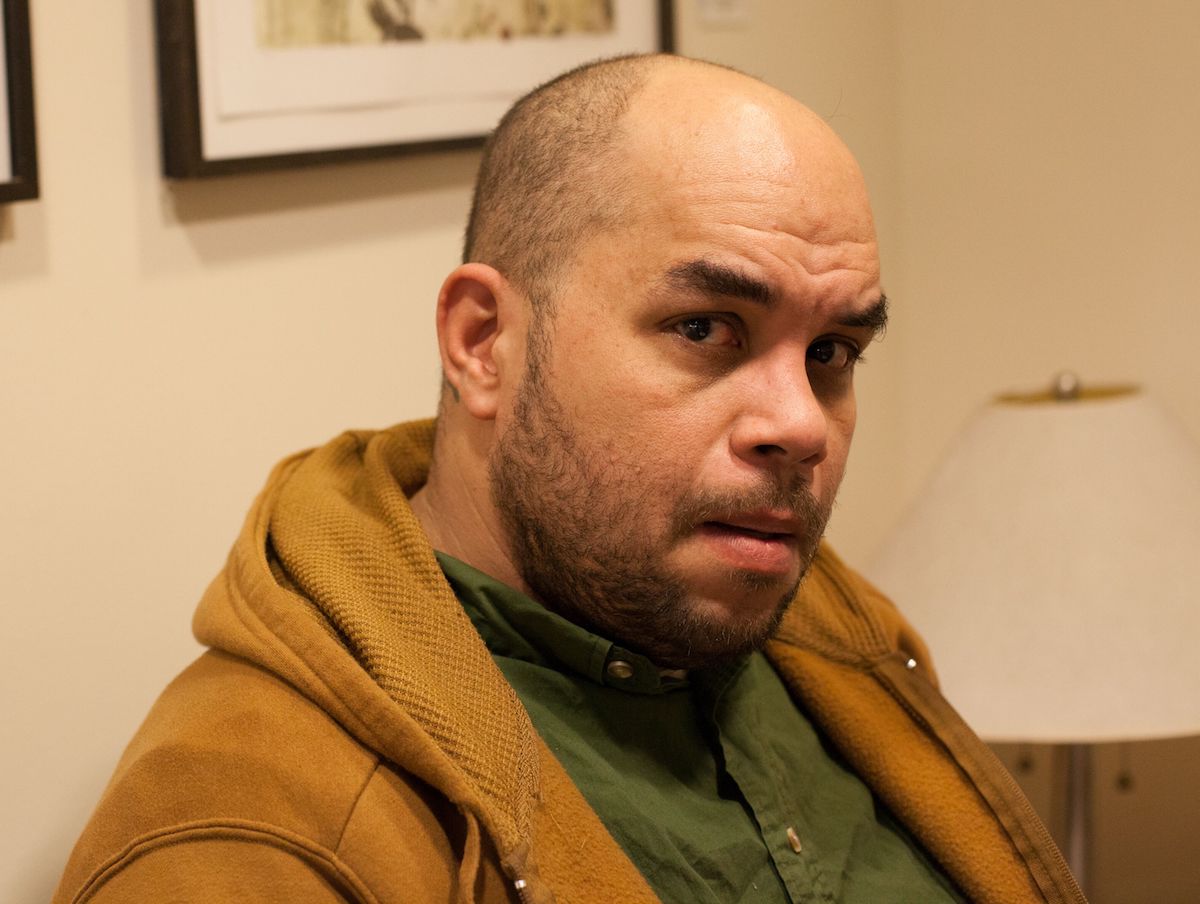 Seattle Star: So, we hear you have a new…err…what do you call a person standing under some lights and pretending to be different people?

Star: No…something else. Another word.

Star: No…I forget. Anyway, let’s move on. I’ve been told you wrote this, umm, thing while you were employed as a bartender. Is it heavily influenced by Charles Bukowski?

JA: No, not really. In fact, not at all. It’s about as far from Bukowski as the Yankees are from baseball.

Star: But surely you can’t set your, err, thingie under the lights where you tell stories and pretend to be a moth — surely you can’t write a thing that takes place in a bartending academy and not evoke comparisons to Bukowski, the most famous barfly of all?

JA: It’s not set in a bartending academy.

Star: Excuse me, but you said you wrote this when you were bartending?

JA: Yes. But it’s not set in a bartending academy.

Star: But what about writing about what you know?

JA: I know more than bartending!

Star: Hm. This is difficult. Did you purposefully write such a difficult thingie?

JA: It’s not a difficult play at all. It’s very straightforward existentialism. Imagine David Cronenberg after returning from a trip through the U.S. health care “system,” and you have a pretty good idea.

JA: No! It’s not about bartending! It’s about health care and late capitalism and alienation.

Star: But there’s just you, saying words and stuff that are supposed to be other people’s words, and some lights and a couple of walls. Definitely not a play.

Star: We disagree. That one guy, recovering Irish plaything guy, he says it’s not a play if there’s only one person.

JA: Well, who can argue that faultless logic?

Star: With all due respect, I think we should return to the subject of your thingie. Did your former employer offer health care for bartenders?

Star: You said the thingie was about health care.

JA: What’s that got to do with my former employer?

Star: We’re just trying to get a sense of the realism in it. You’re being very difficult!

JA: Me? I’m being difficult? You can’t even figure out the word for “play,” FFS!

Star: May we quote you on that? How do you pronounce “FFS”?

Star: Why did you choose such a pretentious title? What’s an “aguey”? Isn’t that an offensive word in Spanish? Aren’t you afraid you’ll alienate the Latinx bartenders?

JA: Again with the damned bartending! Look, it is a play, and it isn’t about bartending. And it’s not “aguey” like some kind of damned plant. It’s “ague.” AGUE. A. G. U. E. It’s a word for fever, a sickness.

Star: Can it be cured with cowbell?

JA: All right, this interview is fucking absurd. I only came here because I need the press and something better than Jay Irwin copying the goddamn press release into an article. You guys said you’d give me a feature like City Arts, where we could talk seriously about the play and its relevance. And here we are fucking around talking about bartenders while I try to spell “ague” for you.

Star: But this is City Arts. I mean, it would be, if we had more college-educated white women for diversity.

Star: So your thingie under the lights is called “Aguey”?

Star: Oh dear. I’m afraid you can’t call it that.

JA: Why the fuck not? What the hell are you talking about?

Star: Ague’s already been used by a much more famous writer than you.

Star: Oh no, no, no, no, no. One of big publishing firms purchased the rights of the newly rearranged authorized folio, and has a traveling show with the descendants of one of the original minor characters, Andrew Ague-Cheek™. They’re all protected now. In fact, I think that’s the doorbell.

Star: None of that Buddhist chanting from you. Ah yes, he’s right here.

Star: Yes, ma’am. He’s right over there in the opposite seat.

Valenti: You, brown guy. You illegally using the name Ague™ and violating the intellectual property rights of Mr. Dark, owner and proprietor of the Complete Works of William Shakespeare (Revised King James Edition) and descendant of the honorable Sir Andrew Ague-Cheek™ and his estate?

JA: Who the hell are you?

(Valenti tases Amador till he visibly wets his pants and drool issues forth from his mouth. She handcuffs him and drags him off as he palpitates, shuddering and gasping for breath)

Valenti: No more from you, or you’ll get the same again. We know your kind. You can sleep it off in IPP: Intellectually Proprietary Prison. (drags him off)

Well, there it is. Jose “Two Tongue” Amador.