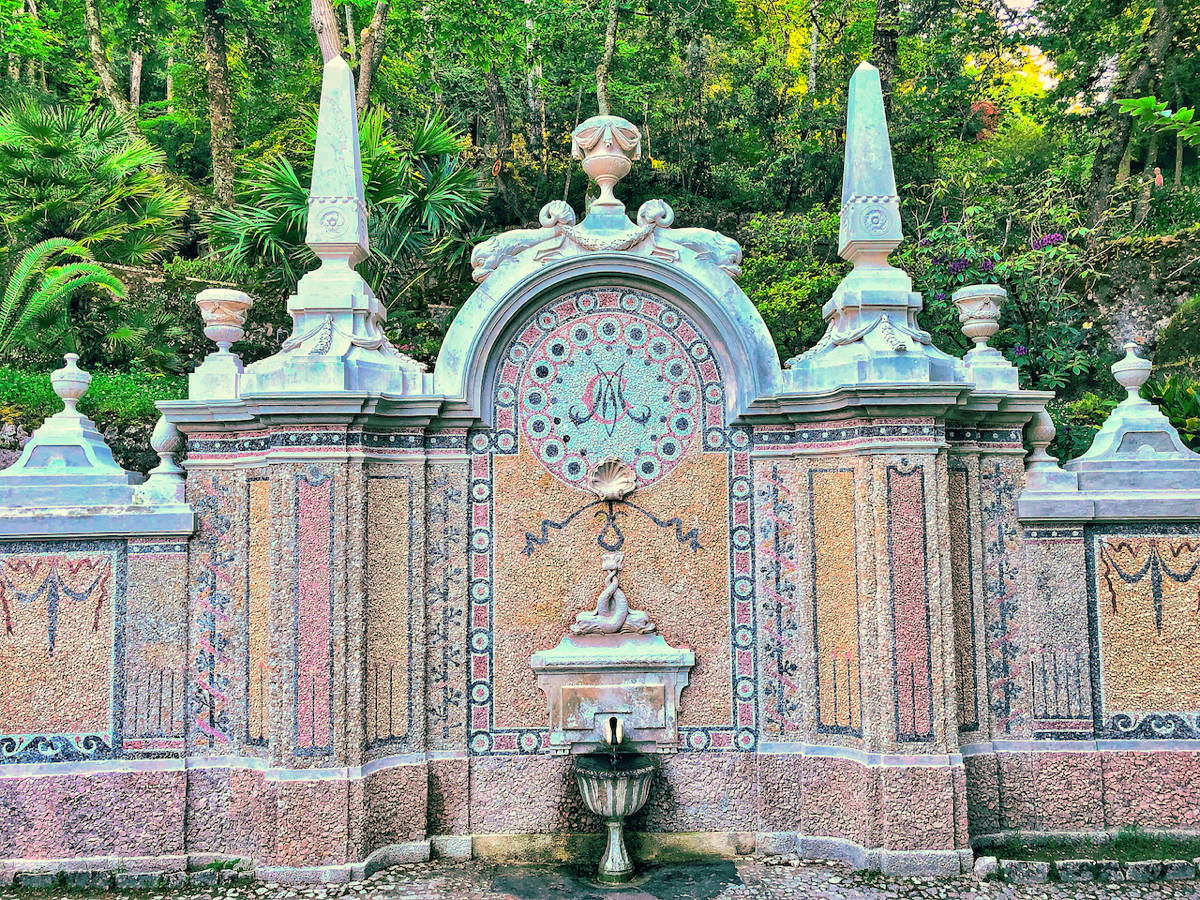 I flew into Lisbon a couple days early. Partly to get the touristy things out of the way, but mostly because I wanted to be healthy and alert. I didn’t want to be distracted by things like, you know, illness and fatigue. It had been almost twenty years since I was last in Portugal. Lisbon, like Seattle, was a much different city then. And like Seattle, tacky displays of foreign money were everywhere.

Fortunately, the streets were the same. I walked around the city for two days to put the directions back into my muscle memory. If you’ve ever been to Lisbon you’ll understand the need. When one looks at a map, Seattle is clearly a city based on a grid (two grids, actually, but that’s another story). Streets have the same name for miles and miles, even when they are discontinuous. Lisbon, by contrast, is in Europe. Lisboetas are also dreadful at giving directions, so one can easily wind up sweaty and exhausted and nowhere closer to one’s goal than before. Fortunately the conference site is located on one of the few streets that actually is straight for several kilometers.

The Museu do Oriente is located on the riverfront near Alcântara, just before the 25 do Abril bridge. It has a lovely terrace that looks out at the famous bridge, and the massive Cristo Rei statue — Lisbon’s own version of Rio de Janeiro’s Cristo Redentor. On a clear day one could sit out here forever and miss classes.

Fortunately it rained the first day of the conference, so it was easy to concentrate. I checked in early. Despite not knowing who I was, Sarah Hinchliff Pearson and Mari Moreshead greeted me with smiles. I went upstairs to the meeting room.

As always at such conferences there is always far too much going on to see even half or a third of everything. This means one must make choices. Creative Commons had already neatly divided the conference classes into six “tracks”:

The division of tracks at first seemed fair enough, but it wasn’t really. Take the Saturday schedule as an example. Sorting out things by “Creators of the Commons” track gives the following:

My personal judgment is that only about half of these are actually related to being a creative person. The 10:45 and 13:00 sessions qualify, and the lightning talks. Civic Liker is related, but it’s much more about building the commons by rewarding those who share their work. The rest are tangential. (The podcast doesn’t count because it’s a series of interviews and not necessarily with creators at all.)

The conference tilted heavily toward GLAM and Open Access/Open Education. While I’m interested in those things, I was far more interested in things aimed at lay users and artists. However enfeebled it was, the Creators of the Commons track seemed closest so that was my initial direction to take.

The first class on “Open Storytelling” with Erin MacIndoe Sproule and Gryphon Theriault-Loubier was exciting and useful. Best of all, it was completely hands-on. The presenters kept theory to a minimum. The rest of the time was spent in groups actually using the open storytelling system. Based heavily on Stuart Candy and Jeff Watson’s card game The Thing From The Future, the storytelling system compelled the groups to choose Arc, Terrain, Mood, and Object cards as in the original game, but instead of serving as a competitive game about speculative future, the cards were paired instead with whatever words or images people chose to fit with them, then arranged into a four to six panel visual “story.”

This was a perfect way to get people to make something collaboratively. Everybody there came out not only with knowledge but with an artistic object, proof they’d created something that contributed to the commons. It was an excellent start to the summit.

I stayed for the second session in the same room, “Zines for CC: A Cut Copy and Paste Co-Creation Workshop,” led by Sam Muirhead. Back in 2012 Mr. Muirhead had done a project in which he tried to live for a year completely without proprietary objects in his life (Year of Open Source). I of course grew up printing zines back in the 80s, so I was curious to see what he would add to the familiar process.

As expected, it was fascinating. In a short one hour, people began making zines in a rigorous procedure.

First one would draw a cover or or choose an illustraion or just create a title. Upon doing this one would go to the first table, rubber stamp the original with a unique ID number, the creator’s name, a Creative Commons license of choice, and, if one had chosen someone else’s illustration, the number of the original works from which the current one had been derived. One would then photocopy the “original,” store the original in a folder, and place copies onto another table for others to modify. Thereby I could create a book cover that had no content other than a title, and let someone else come up with material that would fit the title. Likewise, if I didn’t have any ideas for titles or illustration, I could pick up someone else’s and do with it whatever I wanted. The “originals,” meanwhile, remained untouched and unmodified in another folder, so others could copy them and use them, too.

It was all quite clever. The whole process reminded me of an analog GitHub. And again, it wasn’t theoretical. Everyone there had their names on at least one zine, if not several — instant proof of the power of collaboration and the richness of the commons. Also: a genuine structure.

I went to lunch early after that session, feeling a little overwhelmed but generally cheery. I thought briefly about going to have my picture taken by Sebastiaan ter Burg for the “Faces of the Commons” then decided I wasn’t nearly handsome enough or interesting enough, so I went out onto the terrace to watch the Lisbon fog.

Everything in the presentation came back to the same point: the open movement is good, but very few people even know it is a movement. The numbers were sobering. One country in Europe had more edits to Wikipedia than all 54 countries in Africa. Among self-proclaimed internet users in Nigeria, only 27% had ever heard of Wikipedia, compared with 87% in the United States and 84% in France. The point was clear enough: awareness precedes participation. No one can contribute to what they do not know exists.

While he was talking about African nations, Mr. Oyeyele could have been talking about the United States, at least my section of it. I suspect far more people around Seattle have heard of Wikipedia than have heard of Creative Commons, just as I also suspect that even among those who have heard of either few people understand how either works, and even fewer participate.

His solution was a series of campaigns to bring about awareness, through a month-long Twitter campaign and a series of comedy shorts on YouTube (Nigerians love their comedy). After just two commercials, awareness nearly doubled, from 27% to 48%. I expect that number is still growing.

For Mr. Oyeyele, everything had to begin at the local level. Conversations about the projects that exist had to start there and work there. Too, a major part of the solution, as he stated, was the need to bring people into the community by offering them to join projects that interest them, such as Wiki Loves Africa and the AfroCine Project. Most important to me was that none of his proposed solutions relied upon software development, legal advocacy, or museum archivists.

This is crucially different from almost every other proposal, yet it is the only way that makes sense to me. One of the great mistakes of our contemporary society is an inflated notion of the function and power of technology. Specifically, many people hold the notion that every problem has a logical solution, and because the solution is logical it can therefore be engineered technologically.

To put it politely, this is utter bullshit. There are social problems and there are technical problems. They are not the same. It is, for example, well within the power of the American nation-state to solve the problem of child hunger in the United States. The economic challenge is not that great; it has a fairly simple technical solution. But no ease of technique will solve the problem of getting people to give up their money to the cause, nor is there a technical solution to the attitude that homeless hungry children are there because they “deserve” it or that they just have “bad luck” that is no one else’s problem. Trying to engineer away such attitudes is no more elegant than trying to do calligraphy with a bicycle tire.

One of the depressing truths I’ve gathered from every free software conference or open movement get-together is that free/libre/open source aficionados think that they can fix everything by technical means alone, just as surely as copyright lawyers think they can engineer the law to change human nature. Their assumptions are at best ignorant and at worst delusional. As we are fond of saying in the Church of the Subgenius, SCIENCE DOES NOT REMOVE THE TERROR OF THE GODS. And well-intentioned technocrats do not erase the essential rules of human social gathering.

The evening keynote addresses would quickly let me know.

Continued in the next episode.