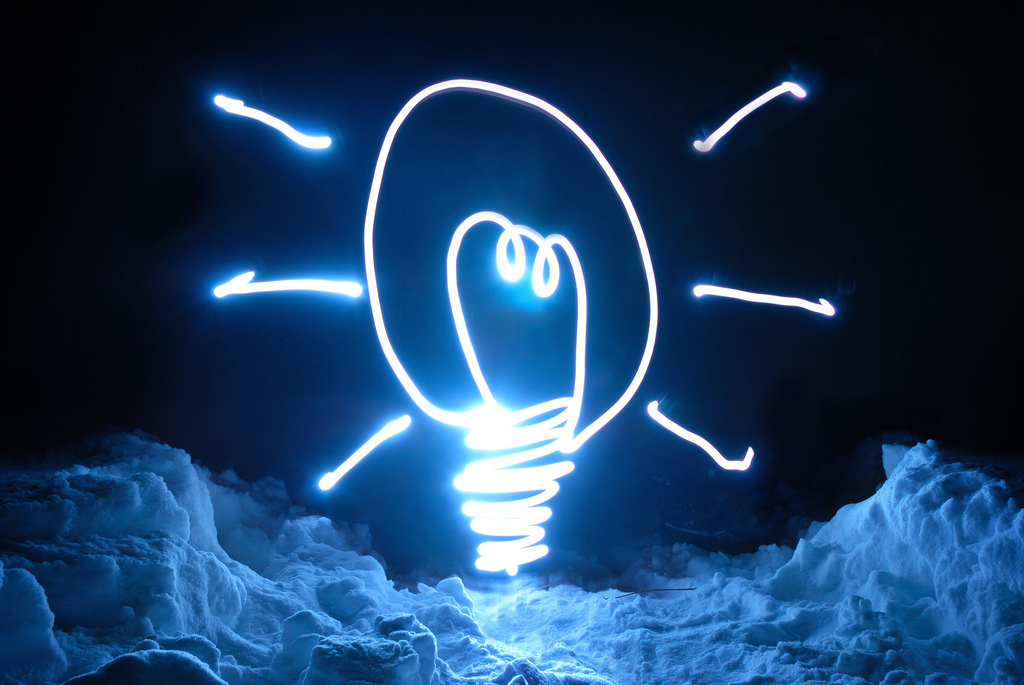 In the old game we played in elementary school called “Bright Idea,” the class sends one person out of the room, while the rest agree upon a familiar object, such as a picture on the wall, or something on the teacher’s desk. The game then proceeds like so:

One person calls out “I have a bright idea!”

“It stands on two legs.”

Then another says, “I have a bright idea!” and the same formula is repeated until the guesser is correct. The person whose answer leads to a correct guess is the next one to be sent from the room, and the cycle begins again. Any resemblance, no matter how absurd or abstract, is fair game.

Which brings me to Shakespeare.

There’s an assumption among many directors and actors that whenever they do Shakespeare they have to make a “big choice.” These productions are not so much interpretations of classic plays–Seattle theaters are notoriously inept at actual interpretations–as they are comments upon them and upon their production histories. This approach has value as part of a continuum. When every couple of years anyone can see a first-rate traditional production of Hamlet or Julius Caesar, a non-traditional approach keeps the play alive and helps prevent it from turning into a precious objêt d’art. The unfortunate reality, however, is that first-rate productions of Shakespeare in Seattle are rare, and first-rate traditional productions even rarer. In this context a non-traditional production adds very little: it exists in isolation, so it comments on nothing.

What is true for Shakespeare is even more true of other pieces that people disparagingly lump together as “classics.” Molière’s plays have been ruined so many times in Seattle that I’ve grown frankly sick of going to them. One gets either well-intentioned but lacking versions, or ultimately painful disasters like Seattle Shakespeare Company’s recent Tartuffe, in which the Bright Idea would go something like this:

I leave it to the reader to determine the ways in which Molière’s religious satire resembles a 50s sitcom (or its origins in 30s screwball film and 40s radio soaps) but I will wager that they are most likely to be tangential at best if not arrant nonsense. If the point of “big choice” Molière productions is to offer commentary upon the tradition of Molière, then such attempts are doomed to fail. There is no local tradition upon which to comment. Seattle does not have a Comédie Française. But hey–who cares? It’s a “big choice”! We have to do it this way otherwise it’s not interesting!

Only no one outside of the theater-producing coterie cares about big choices. They care, I think, whether or not something resembles a truth they recognize or whether something gives them additional knowledge and tools with which to think about their own experience. Since the entire idea of religion has been elided deftly within the production; since its commentary of the division of church and state has been ignored; since the analysis of class immobility has been untouched–there is no truth here, and there are no tools. Instead it is simply a piece of fluff, coldly calculated not to offend its 95% white bourgeois audience, as disposable as any episode of Ozzie & Harriet.

Similar problems face Seattle directors who tackle Chekhov and Ibsen. Seattle does not have an equivalent to the Moscow Art Theater or the Nationaltheatret. Yet there are a surplus of dismal productions like Uncle Johnny or Hedda. Each of them meant to be big choices, each of them narrow in both scope and mind. None of them comments upon the tradition because there isn’t one.

It may sound unfair that I have chosen to talk about Bright Ideas in context with three playwrights who are European. But I could just as easily point out that this illustrates the problem. American companies have no allegiance to these European cultures, even England’s. They are therefore more likely not to bother defining the contexts of their art. They do not inherit the tradition, therefore they do not respect it. After all, rah rah Americanism isn’t restricted to social conservatives. Not even the most bleeding-heart liberal considers it a typically American cultural imperialist move to recast Chekhov in modern dress, or to put Shakespeare into an arbitrary time and place like it’s an episode of Doctor Who, because, you know, it’s our shared heritage, bro, and it’s our language and stuff.

Behind all of this is a tacit assumption, which is that everyone in the audience is just as bored of seeing classics as the directors and actors themselves are.

This is simply not true.

Given that about 82% of Americans in 2012 never attended a musical or non-musical stage production, one can hardly say that people’s lives are inundated with classic theater. Theatergoing is far from a habit, and going to the theater to see classic plays even less of one. That tacit assumption implies everyone has the same expectations of theater as those regularly or even irregularly producing. This is pure nonsense. The more explicit assumption that audiences cannot possibly enjoy a dusty old play that was probably written on clay tablets with a reed stylus–meaning written before 1990–unless a much more clever director gussies it up for the yokels is worse than nonsense. It is a notion. As a notion, it seduces otherwise sensible people into thinking it has some basis in reality and may even be good advice. But it doesn’t, and it isn’t. It’s really just another Bright Idea.

The cure for this isn’t to go off half-cocked, making big yet vapid choices. The cure is to have some faith. Audiences do change. People can understand. History does matter. There is a continuum. Too often theater makers are inclined to slough off the responsibility for their failures to engage. Lots of psychic and artistic violence is done in the name of “The Audience.” But this “The Audience” doesn’t exist. Audiences change whenever one person enters or leaves, at intermission, or even when one gets up to go to the bathroom. Presuming them a lumped mass is patronizing and irresponsible. And anyway, if one’s opinion is that the audience is dull, why try to draw that audience? Even more–why leave them just as dull as when they arrived? Try harder. Don’t talk down to people; raise their level. People can understand Shakespearean language–if the actors bother to understand it first. Audiences will appreciate Molière–if directors bother to interpret his words. The classic theater is possible without fatuous Bright Ideas–if producers bother to acquaint themselves with the tradition. This all requires work, but then work is an artist’s duty.

Audiences are more complex, and people as a whole are much more receptive than current dogma would suggest. Treat them with contempt and be treated with contempt in return.