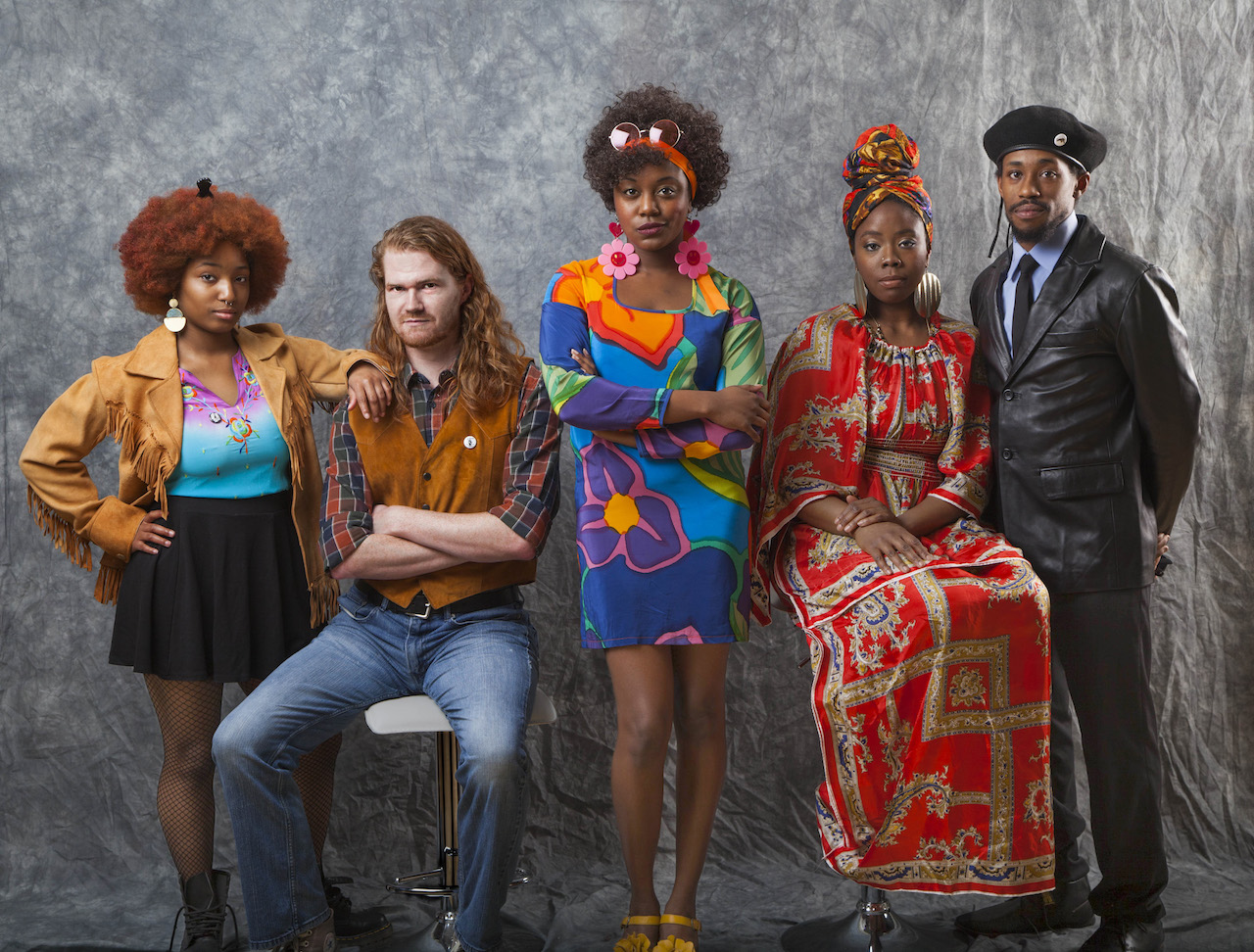 The great historian John Hope Franklin, who helped to get this museum started, once said, “Good history is a good foundation for a better present and future.” He understood the best history doesn’t just sit behind a glass case; it helps us to understand what’s outside the case. The best history helps us recognize the mistakes that we’ve made and the dark corners of the human spirit that we need to guard against. And, yes, a clear-eyed view of history can make us uncomfortable, and shake us out of familiar narratives. But it is precisely because of that discomfort that we learn and grow and harness our collective power to make this nation more perfect. — Barack Obama, Remarks by the President at the Dedication of the National Museum of African American History and Culture at the National Mall in Washington, D.C.

As America tries to cope with the reality that history matters and does not magically go away, and the fact that much of its history is built on blood, exploitation, and prejudice, critical voices have turned hard against the past. At the extremes, such voices are wont to dismiss anything in the past that does not personally make them feel good. Racism. Patriarchy. Manifest Destiny. Genocide. Imperialism. I have heard it suggested by more than a few people that such unpleasant subjects should not be taught in schools. I have also heard it suggested that any works of art that treat any of these taboos should be removed not only from schools, but also from libraries — and everywhere else, too. I suspect the same people who suggest such things also believe it would be magically healing for Americans to forget anything ever happened or that it is a great psychosocial blight on the collective unconscious that we all have to live with all those terrible things that others have done in “our” name, whatever the definition of “our” was at the time.

Unfortunately, history remains as it was, and the need to confront it, too, remains as it was. In a city that desperately avoids history, one must take a caution from the words of Robert Heinlein, “A generation which ignores history has no past — and no future.”

Amontaine Aurore’s latest production, Don’t Call It a Riot!, reminds me of those words.

In this year of 2018 people are rediscovering that Seattle had a chapter of The Black Panther Party for Self-Defense fifty years ago. There have been anniversary celebrations, museum exhibits, and would-be TED talks on the matter all over town since February at least. Why are people so surprised that Seattle had the first Black Panther chapter outside of Oakland? Because Seattle is the place where people go to forget history. People who come here think it is some sort of tabula rasa for them to write on. It is not. As Coll Thrush puts it, it is a palimpsest. History persists here, whether anyone heeds it or not.

This is precisely the central idea in Don’t Call It a Riot. The first half of the play deals with the Seattle of 1968, and the story of three members of the Black Panther Party as they try to endure and prosper with the dawning of a new consciousness in Black America. However, they find White America is not nearly so sanguine about it as they are. Indeed certain elements of White America are actively conspiring against them. As the second half of the play begins thirty years later in 1999, it connects the racial and political consciousness of the Black Panther Party to the newfound economic and social consciousness of a much looser group: the protesters of the WTO.

In virtually all of Mx. Aurore’s plays I’ve seen or read (or directed, because I’ve done that, too), characters do things for a reason. The basis for much of her work is her dogged search for rational behavior when the outside world seems either off-kilter (at best) or completely nuts (at worst). This optimism is actually the appeal of her work. I’m not at all certain that people are half so rational as she seems to believe. I find that people aren’t motivated by rational things but quite irrational ones — or, ones that are rational but so banal and silly that no one would believe they are motivations at all. So her work keeps me honest.

That said, I’m already honest enough about this subject matter. To me Don’t Call It a Riot! is about as straightforward as it gets. It starts in the past, ends in a more recent past. Its number of locations is limited, so there is little need for fanciness in staging or decor. Two monologues, given as speeches to an unseen audience, punctuate the linear drama, otherwise the play is, structurally, the epitome of classicism. I suspect this choice was made so that audiences wouldn’t be distracted from the naked reportage of the play.

Thematically it is just as classical. Don’t Call It a Riot! is about how the past plays out in the present. Familiar enough ground — especially for anyone familiar with Ibsen. But it ends by talking about individual atonement, specifically the atonement of one who betrays not her own ideals but rather the ideals of others. That particular search for atonement becomes a confession that nearly reduces the play to maudlin near the end but it is redeemed by some fine acting by Lillian Afful-Straton and Meysha Harville.

The play benefits in the first half from keeping its scale small and personal. The relationships between the three characters strike me as palpable, truthful, and full of all those small absurd moments that happen between friends that let you know who you are. That scale changes in the second half with the introduction of Falala and her beau Paris. Something in that change grates on me. It isn’t that Falala and Paris are young, self-absorbed, aimless, and prone to that grand expatiation so typical of twentysomething college students (they are). It’s that the play’s argument changes.

My sister was a Black Panther here in Seattle. I myself was tear gassed by our wonderful SPD during the WTO protests. So the continuum of history in Mx. Aurore’s play is in my family genome. My heart is, you might say, a muscle the size of my fist. From my point of view the world of the Panthers and the world of the WTO are about as similar as Wes Uhlman and Jenny Durkan, which is to say not very. The Panthers were, if nothing else, practical to the core; their solutions to problems were direct and based on immediate action. Now, I hung around with plenty of folks at WTO protests and I would hardly describe them as practical. Most of them were, like so much else in our culture of overeducated sophomores, so lost in fashionable poststructuralist theory that to stand near them was to wonder when they’d acquired their invisible French berets. And their solutions to neoliberal globalization were about as filled with action as Hamlet’s bedchamber.

Falala and Paris are reasonable portrayals of these kind of people who bugged little working class me at WTO: spoiled and bourgeois, slogan-filled and reality-impaired. Falala is, in truth, every bit as reality-impaired as her mother is in the first half of the play. It’s an excellent insight into the similarity between mother and child while respecting the differences in their awarenesses. In a play about the effects of the past on the present it is sensible, and effective, to argue that there is such a continuity between the generations. And up until about two-thirds of the way through, this strikes me as the play’s main theme: historical continuity is personal, and its trauma is hereditary.

But then the play slips into arguing, through Falala and Paris, that there is social continuity as well. I’m not convinced. Seattle in 1999 would have been unrecognizable to a Seattleite from 1968. And I will go even further. Part of the reason why people are so dumbfounded, aghast, startled these days to find that there was a Black Panther chapter in Seattle is because the Seattle of 1968 is equally unrecognizable to a Seattleite of 1999 — or 2018. Pursue any attempt to suggest those cities are too similar and you will quickly find yourself in a Great Ravenna Sinkhole. Even if one could prove such a thing, the stage of Don’t Call It a Riot! is too small and personal and dramatic to accomplish it; that play would have to be large, multipersonal, and epic. Throughout its lyrical narrative, Don’t Call It a Riot sometimes invokes the epic, only to be almost completely derailed by it, but then the playwright gets back to talking about interpersonal matters in the present tense and the drama is back on, and in the hands of a capable cast.

It is not that I wouldn’t love to see a deeply intellectual play analyzing the political and social spirit of Seattle over three or five decades, or the nature of economic revolution, with that “clear-eyed view of history [that] can make us uncomfortable, and shake us out of familiar narratives.” I have called for that play often. Amontaine Aurore may write it someday. But Don’t Call It a Riot is not that play, nor, I think, does it pretend to be. It is a perfectly good production of a family drama with some very fine actors that occasionally makes a political point. I’d certainly rather there were more plays like it than plays that are like bad Donald Margulies, or indeed most of the completely uncommitted drama on stage in Seattle week after week.

Meanwhile, I will wait for that other play.